Metaverse, NFT, creator, Web3, avatars: buzzwords that have gone viral in 2021 are all linked to one another. Here’s how.

First, let’s look at the idea of community: the world’s citizens as one digitally connected species. Around 60% of the human race, or 4.5 billion people, are online.

“What’s fascinating is that today’s communities are both the deepest and the broadest in human history,” argues Rex Woodbury on his blog, Digital Native.

On the one hand, maybe only one in 1,000 people like the same things as you — but with four billion people online, that’s four million people who share your interests. On the internet, no niche is too niche.

At the same time, the internet’s scale unlocks breadth: 142 million Netflix accounts watched Squid Game in its first month — 67% of all accounts around the world.

“The pace of internet culture means cultural phenomena have shorter durations but this scale has never been seen before,” Woodbury says.

He cites one Chinese internet company, Bilibili, which has a $33 billion market cap and 202 million monthly active users achieved by building friction into community.

“In order to join a Bilibili community, users must pass a 100-question test. A sample question from the quiz to join the Game of Thrones community… ‘Which of the following is not part of the Faith of Seven?’ ”

Were you able to parse that out? No, me neither. Building in friction means that communities are comprised only of superfans; 80%+ of its users are still loyal after 12 months.

Woodbury: “If the 2010s were the decade of performance online — status and signaling in broad brushstrokes, through likes and retweets and follower counts — the 2020s are the decade of deep and engaged digital communities.” 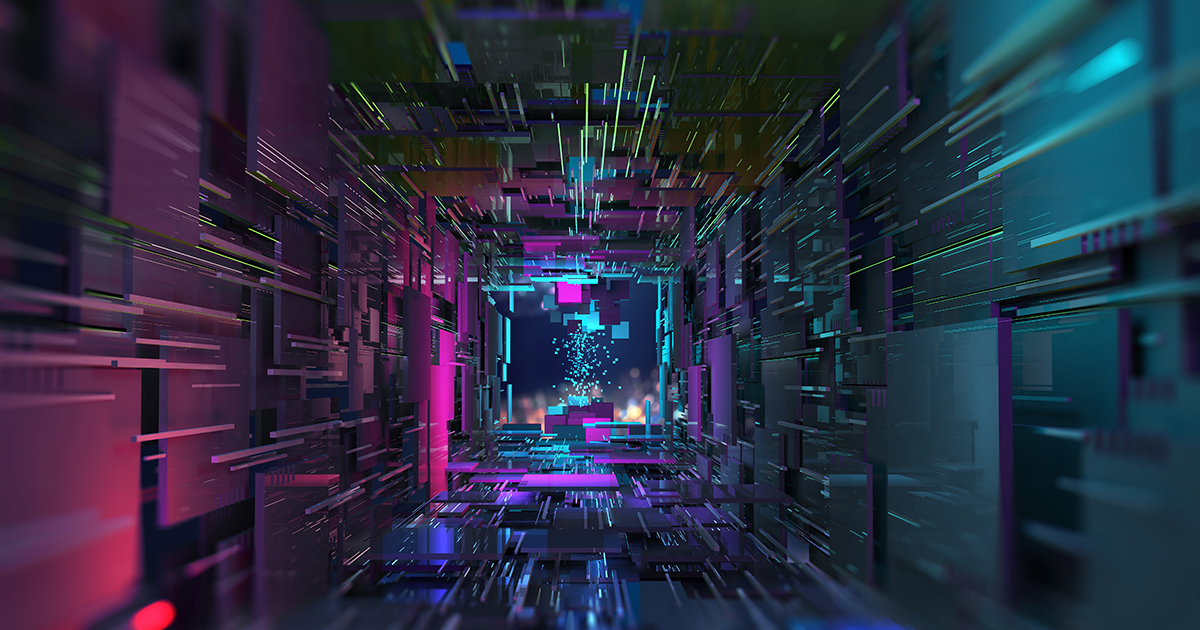 The Metaverse is Coming and It Means Business

Taking this forward is the next concept of authenticity. Admittedly an overused word — especially when tied to Gen Z — “it also captures a collective exhaustion with the narcissistic, image-obsessed internet culture of the past decade,” Woodbury says. “This year’s social media upstarts have leaned into authenticity. Authenticity shows up in the types of platforms we’re spending time on. More ‘authentic’ platforms like Snapchat and TikTok continue to thrive.”

Authenticity brings us to avatars. This might seem like a strange connection: aren’t avatars, by nature, inauthentic?

“But for many people, avatars are a vessel for more authentic self-expression. Avatars have evolved into digital representations of who we are or who we hope to be,” says Woodbury.

A couple of examples: YouTuber ironmouse is a creator who streams in the form of a pink-haired anime girl. She became a vTuber (virtual YouTuber) because of an autoimmune disorder that limited her offline life. In an interview with Anthony Padilla, ironmouse remembers: “I got so sick that I couldn’t go out. My contact with people was very limited and I felt that I couldn’t really be a human. So I started being a vTuber.” She adds, “I have never felt more myself than I have in this digital body.”

Equally as fascinating is Sam Kelly, a man who spends hours in a virtual world called Stardew Valley. Kelly writes for Stanford Magazine saying, “In the real world, I am a burly 27-year-old man with a bushy beard. In the video game, I am Olivianne, a strapping blue-haired woman married to Penny.”

Within worlds like Minecraft, Roblox and Fortnite, people are already embodying new digital identities. In Fortnite, you can pay 1,500 V-Bucks ($15) to be Iron Man or a Patriots player.

New companies are bringing avatars to life in new ways, often by building interoperability into digital assets. RTFKT, for instance, is a digital fashion house that sells NFT sneakers. “You can envision one day wearing these sneakers between virtual worlds,” Woodbury says.

Ready Player Me, a metaverse full-body 3D avatar creator, is a cross-game avatar platform. Game developers can integrate avatars into their game, while players can snap a selfie (which generates their avatar) and then use that avatar in 660 supported games.

In a piece for Vanity Fair, Nick Bilton envisions what this future could look like:

“In a world where the metaverse exists, rather than hosting a weekly meeting on Zoom with all of your coworkers, you could imagine meeting in a physical representation of your office, where each person looks like a digital version of themselves, seated at a digital coffee table drinking digital artisanal coffee and snacking on digital donuts. If that sounds a bit boring, you could meet somewhere else, perhaps in the past, like in 1776 New York City, or in the future, on a spaceship, or at the zoo, on another planet. You could choose not to be yourself, but rather some form of digital avatar you picked up at the local online NFT swap meet, or at a virtual Balenciaga store. You could dress like a bunny rabbit to go to the meeting. A dragon. A dead dragon. And that’s just one measly little meeting. Imagine what the rest of the metaverse might look like.”

READ MORE: the Metaverse Is About To Change Everything (Vanity Fair)

When you can use Epic Games’ MetaHuman Creator for creating believable digital humans within minutes it shows we’re hurtling towards our metaverse future. The full manifestation is still years (decades?) off, but the bricks are being laid. The next steps are VR and AR.

We’re still in the early days of VR and AR, but things are picking up. VR software sales inflected in 2019. By early 2020, more than 100 VR titles had broken $1 million in revenue. According to Woodbury, “VR is finally moving from product to platform.”

He cites Snap’s AR platform Lens Studio that lets developers build their own AR experiences with a set of accessible tools. 200 million Snapchat users interact with AR in the app every day, and “AR creator” is rapidly becoming a new job title. 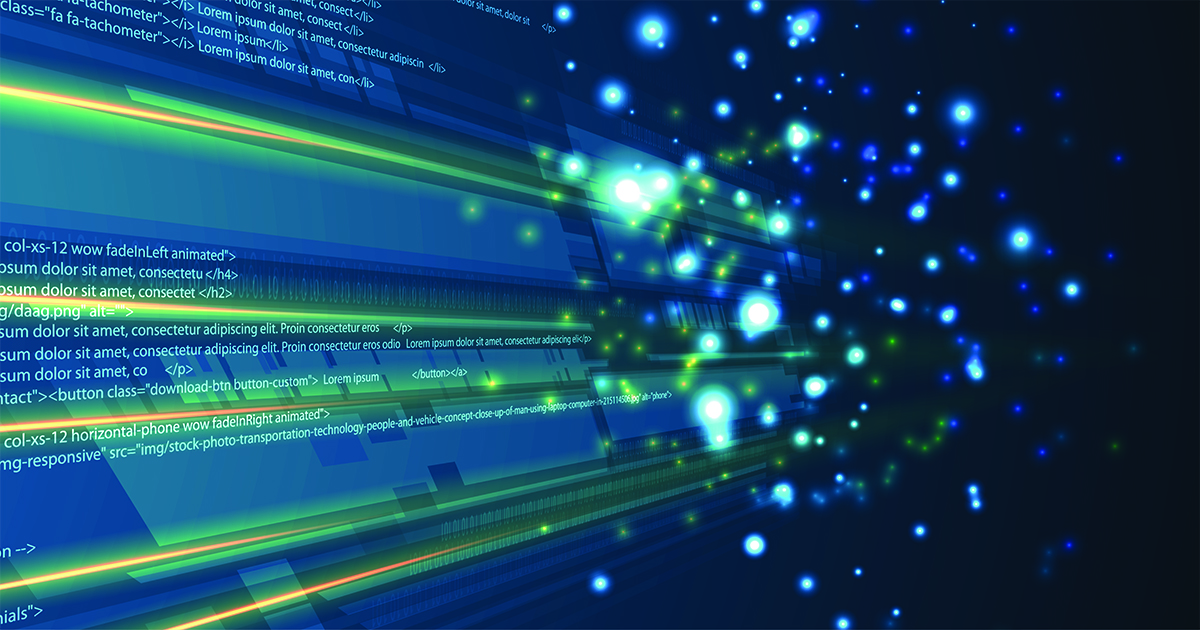 The Metaverse: Where Did It Come From and Where Is It Going?

The metaverse is being built using open standard software like Universal Scene Description, which allows 3D assets to be read by multiple third-party software tools. This is one part of what can also be described as the next item, Web3, the successor to our current internet, which Woodbury characterized as a reorientation of our digital economy.

“Web3 is the internet (finally) owned by creators and communities. This is made possible through blockchains like Ethereum. Smart contracts run on Ethereum as collections of code with specific built-in instructions — there’s no need for a centralized authority and no intermediaries are involved.”

This is in contrast to the first stage of the internet which centered around documents and pages being linked together, with companies like Google and Yahoo! making the world’s information easily discoverable. In Web1, most people were passive consumers.

“If Web1 was about information, Web2 was about social connection and content creation. With Web2, which has run from around 2005 through to today, we became active creators and the web shifted from a reading platform to a publishing platform. But Web2 had a dark side: the major platforms vacuumed up all of the economics. In Web2, users created the value that the platforms then enjoyed.”

With Web3 the idea is that, instead of Facebook owning and profiting from user-generated content, everyone contributes value to the internet, and everyone enjoys the benefits of that value creation.

“In Web1, we browsed. Web2 was about users who were acquired… Web3 is about creators and communities who are owners.”

And then there is crypto which is covers a broad range of new economic currencies and transactions which will power the creator economy.

“If you strip away the noise, you get to the heart of why this movement matters: crypto is about removing gatekeepers and providing a more efficient and more egalitarian digital economy. Crypto infuses value into the web’s vast networks of information, people, goods, and services.”

Digital tokens underpin this. Trading volume of NFTs surged this year to $10.7 billion in the third quarter with OpenSea emerging as the go-to destination for buying and selling NFTs, capturing 97% market share.

Brands from Pringles to Gucci to McDonald’s have introduced NFTs. For The Matrix: Resurrection, Warner Bros. will offer 10,000 NFT avatars for $50 each. On December 16, NFT holders can choose to take the “Red Pill” or “Blue Pill,” and if they choose the Red Pill, their avatar will transform into a resistance fighter.

But despite more companies entering, NFTs remain niche: only 25% of US adults are familiar with NFTs, and only 7% are active users, according to the Wall Street Journal’s “Activate Technology and Media Outlook 2022” report. OpenSea has about 300,000 monthly active traders. By comparison, eBay has close to 200 million monthly active users.

“Across all of Web3, tokens are being used in new ways to influence behavior,” Woodbury says. “Fungible tokens are becoming the currencies of virtual worlds; NFTs denote ownership and scarcity. Above all, tokens inject incentives into the digital economy. They incentivize creation and consumption, investment and governance. They are the architecture behind the complex economies being built.” 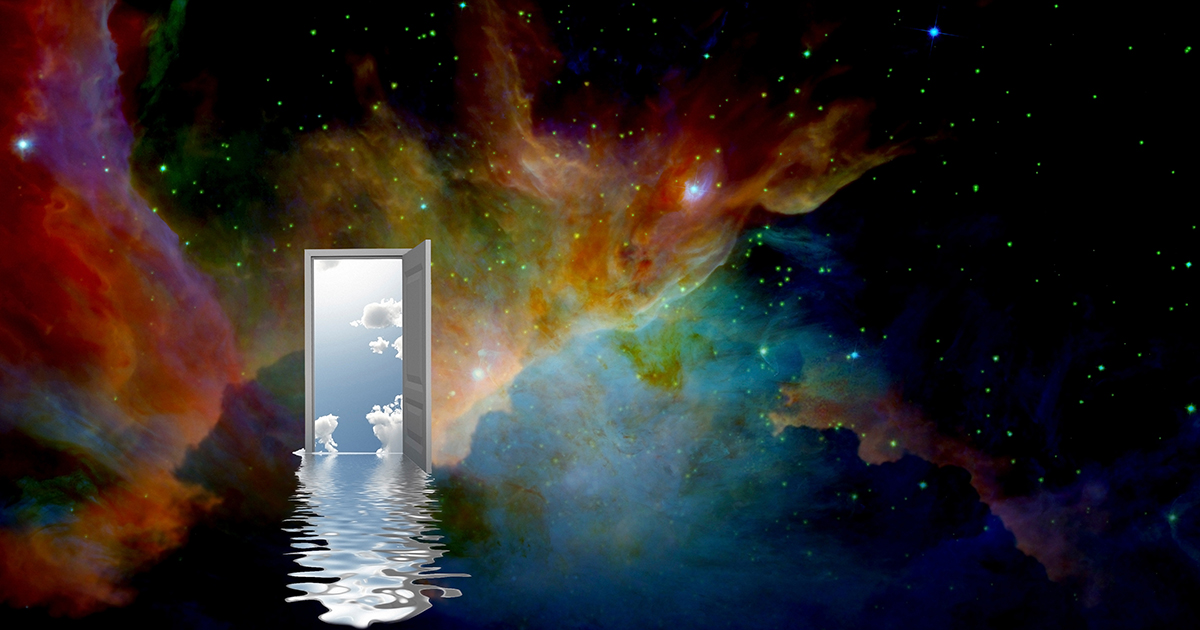 Why the Metaverse Needs to Be Open | Source: IEEE Spectrum

More buzzwords to learn: DeFi is decentralized finance, a blockchain-based form of finance that doesn’t rely on traditional financial intermediaries like brokerages, exchanges, and banks. Fewer industries have more middlemen than finance, and DeFi obfuscates them all.

“You don’t need your government-issued ID or Social Security number to use DeFi. By using blockchains — software-based smart contracts — DeFi enables frictionless peer-to-peer transactions with no institution or bank or company facilitating.

“Crypto needs both money and culture. If DeFi ushers Wall Street into a new era, NFTs will do the same for Hollywood, for Fifth Avenue, and for other cultural hubs. Both matter, and both will be massive,” Woodbury says.

Finally, creator. In Web3, it is argued, it will become easier for us all to be participants in the creator economy — to earn income from the things we make.

Woodbury poses this scenario: you make a video of a popular dance trend set to Olivia Rodrigo’s “Good 4 U” that uses an AR filter. In Web3, three creators earn income from this: the person who came up with the dance trend; Olivia Rodrigo; and the person who originally made the AR filter. Each component part lives on the blockchain and value flows to creators frictionlessly and instantaneously.

“Today, society devalues creative work,” he says. “In many circles, being a lawyer is more prestigious than being a podcaster. Building better monetization will help solve this.”

The market for digitally-native creative work is predicted to grow enormously in Web3.

At its heart, the creator economy is a reorientation of how economics flow to the people who make things, rather than being captured by intermediaries along the way. That is where avatars, authentic online communities, developments in AR/VR and the whole project metaverse is headed but I’m not sure how big tech will take that lying down.