Our physical and virtual realities are becoming increasingly intertwined. Technologies such as VR, augmented reality, wearables, and the internet of things are pointing to a world where technology will envelop every aspect of our lives. It will be the glue between every interaction and experience, offering amazing possibilities, while also controlling the way we understand the world.

The building blocks of this are here. Perhaps it’s time to take the metaverse seriously.The biggest tech companies on the planet are.

“The metaverse is coming,” Nvidia CEO Jensen Huang declared last year. “If the last twenty years was amazing, the next twenty will seem nothing short of science fiction.”

First coined by author Neal Stephenson in 1992 novel Snow Crash, and elaborated by sci-fi like Ready, Player One, the metaverse is conceived as the next-generation internet.

“It is one where humans as avatars and software agents interact in a 3D space,” said Huang. “A VR successor to the internet.”

It might look like this, a short concept film made five years ago by Keiichi Matsuda called HYPER-REALITY. It presents a kaleidoscopic new vision of the future, where physical and virtual realities have merged, and the city (in this case Medellín, Colombia) is saturated in media:

Writer Dave Shapton describes the metaverse as “the convergence point of most, if not all, media, computing and communication technologies… a shared 3D space where users can see other people and share experiences. It can mirror the real world, or can be a total fantasy.”

Games building worlds like Microsoft’s Minecraft and Epic Games’ Fortnite are a taste of things to come.

“Though they seem like games today, inhabitants of these early metaverses are building cities, gathering for concerts and events and connecting with friends,” said Huang. “Future worlds will be photorealistic, obey the laws of physics (or not) and be inhabited by human avatars and AI beings.”

Nvidia wants a controlling share of this online future by launching Omniverse, a cloud-computing environment powered by its GPUs for developers in any industry to fuse the physical with the virtual “to simulate reality in real time with photorealistic detail,” Huang said. “This is the beginning of the Star Trek Holodeck, realized at last.”

“The metaverse is coming. If the last twenty years was amazing, the next twenty will seem nothing short of science fiction.”

Nvidia’s ambition is similar to Magic Leap, Google and Apple which have also articulated versions of a 3D internet, populated by avatars (the idea is that any internet user would have their own CG representation) and governed by a new programming language for spatial or dimensional computing.

“Spatial computing is the ability to have content persist over the world geosynchronously and in flawless volumetric 3D,” former Magic Leap SVP Creative Strategy John Gaeta explained in an interview with IBC 365. “There will be various and infinite types of digital overlays on the real world. These layers or (uni)verses will bridge the physical and the digital worlds.”

Magic Leap even trademarked the term “Magicverse” to describe the layers which it thinks will populate the space between the real and the digital world.

“The metaverse will be an all-embracing fabric of interconnected services that appear to us either as a layer of data and 3D images to augment our visual field,” agrees Shapton, “or a completely immersive environment where we can indulge in fact or fantasy, or anywhere in between. It will be our choice how to engage with it.”

The Metaverse: Risks and Opportunities

Still in its conceptual form, the metaverse isn’t here yet but it’s already becoming many things to many different people (and brands). Not so fast, argues computer science and psychology student Anke Hao, who points out that, as future users of the metaverse, we don’t necessarily have to accept whatever definition of it we’re handed.

“If we can understand what the possibilities of the metaverse are, we can begin shaping our own definitions of it, and by extension, build a version with standards that protect our rights and open up new opportunities,” she writes on Medium.

Hao breaks down the opportunities the metaverse represents, along with many of the risks.

First up is education and training. Not only is virtual reality already used to aid certain surgical procedures, but it’s also used in various skill simulations. It’s “cheaper, more objective, and more accessible than traditional methods,” she explains. VR provides the opportunity for more practice and training in a range of fields, in any place, at any time, and however many times it’s needed.

Digital doubles and simulations present the next-biggest opportunity. “Digital twins are already saving us from expensive mistakes in manufacturing, administration and policy,” Hao explains. For example, “a digital twin of the Hong Kong International Airport was created to simulate the flow of passengers and how it changes with maintenance, runway backups, and other issues.”

The third opportunity Hao examines is digital experiences. Brands are taking advantage of the new marketing medium. “Digital experiences is where most of the consumer awareness centers around,” she says. As a new medium, the metaverse provides the opportunity to not only interest people, brands, and companies, but to craft “experiences that can eventually surpass what is physically possible in the real world.”

Data privacy is one of the biggest risks Hao identifies, especially considering the widespread security issues inherent in our current Web2. In the metaverse, a “headset might have eye tracking and emotion recognition” — it could even track your health or what grabs your attention, giving companies even more data points to use.

Identity theft powered by deepfakes and synthetic voice technology is also a major hazard, leading to mistrust of public figures and institutions. “These same tools can be used to take away the identity of people in other contexts,” she says. “Without awareness of how to detect and counter these false identities, people will be hard-pressed to know what is real and what is fake.”

Asset ownership could additionally be risky for consumers, Hao maintains, because eventually we may all own digital assets. “If so, we should understand the degree of our ownership before investing our real-world assets into digital ones.” There have already been instances where digital ownership has been thrown into question — spoiler alert: it’s the companies running the platforms.

The solution to dealing with the risks the metaverse presents is to become “architects and educated citizens.” Hao underscores that we only get a say in the development of the metaverse if we clearly understand its possibilities, limitations, and threats. In her eyes, either we become the architects in charge, or the educated citizens controlling our own information, identity, and assets.

While we may not know what form the metaverse will ultimately take, regulation and safety are still a good place to start. The metaverse is primarily made for us, Hao underlines, “so if we’re not at least keeping an eye on how the metaverse will impact our rights and opportunities, we should be the ones joining in on creating and influencing it ourselves.”

READ MORE: Why It’s Important to Learn About the Metaverse (Anke Hao)

Apple has designs on AR goggles which will likely be a light years’ ahead of Google’s early Glass experiments or Microsoft Hololens but both companies remain highly active in this space.

Another significant player is Pokemon-Go mastermind Niantic. The company, which developed as an offshoot to Google Maps, is building a state-of-the-art planet-scale AR platform for current and future generations of AR hardware. The Niantic Real World Platform includes a massively scalable engine for user interactions. Importantly, it is being built to take advantage of 5G mobile broadband and Edge computing, both essential attributes for delivering massively multi-user networking.

Mixed reality headgear developer Magic Leap was the poster child of the metaverse. It garnered attention for attracting billions of dollars of investment from Google, Alibaba, AT&T and others but its eventual release of the Magic Leap One in 2018 proved underwhelming. It has gone back to the drawing board.

“Blended reality will be part of our everyday life,” Gaeta claimed in 2019. “So much so that we will create memories of incidents and people which are part real, part simulation. That experience will change the way we think, the way we work, how we interact socially and in turn, it will change the way artists create.”

Gaeta also helped devise the “bullet time” visual effect in The Matrix and believes that the future of Disneyland and that of every other theme park “will be a hybrid of beautiful CG environments and story-based characters intermingled with physical sets, living content and performers.”

While employed by ILM, Gaeta had even worked on proposals for wrapping Disney World in VR. “Disney’s vision of immersive and blended reality will move beyond the theme park into everyday life,” he predicts. “Smart cities will be architected, built and explored by citizens using blended reality.”

Now he’s a consultant to EON Reality whose mission statement is to propel human-computer interaction to new levels: A world where man and machine intelligence work together for mutual benefit and technology empowers people, rather than pacifies them.

“My exposure to the untapped power of immersive and experiential platforms has led me to realize that it is becoming possible to transcend many currently perceived human limits,” Gaeta said.

“Limits that have been fabricated by a world struggling to comprehend accelerated change and complexity, balance resources, educate people of all ages, evolve economies or grow intuitively into the future.”

The common thread running through all these evangelists is of a new age internet which is democratized, social, full of egalitarian opportunity and free for all. There’s an optimism, or naivety, about the more dystopian side of a world dominated perhaps even more than today by a handful of big tech capitalists who control all of our data for their own ends. Even in Ready, Player One our teen hero saves the day from the military-industrial complex.

Shapton claims it would be possible to nurture [the metaverse] as an overlay or enhancement to our everyday lives. “It won’t be necessary to leave our normal realm of existence any more than television replaced reality when it arrived,” he insists. “Instead, it became a (limited) visual portal into events (real and fictional) taking place somewhere else.”

Perhaps. Red pill or blue? Take the red, you stay in Wonderland and see how deep the rabbit-hole goes. 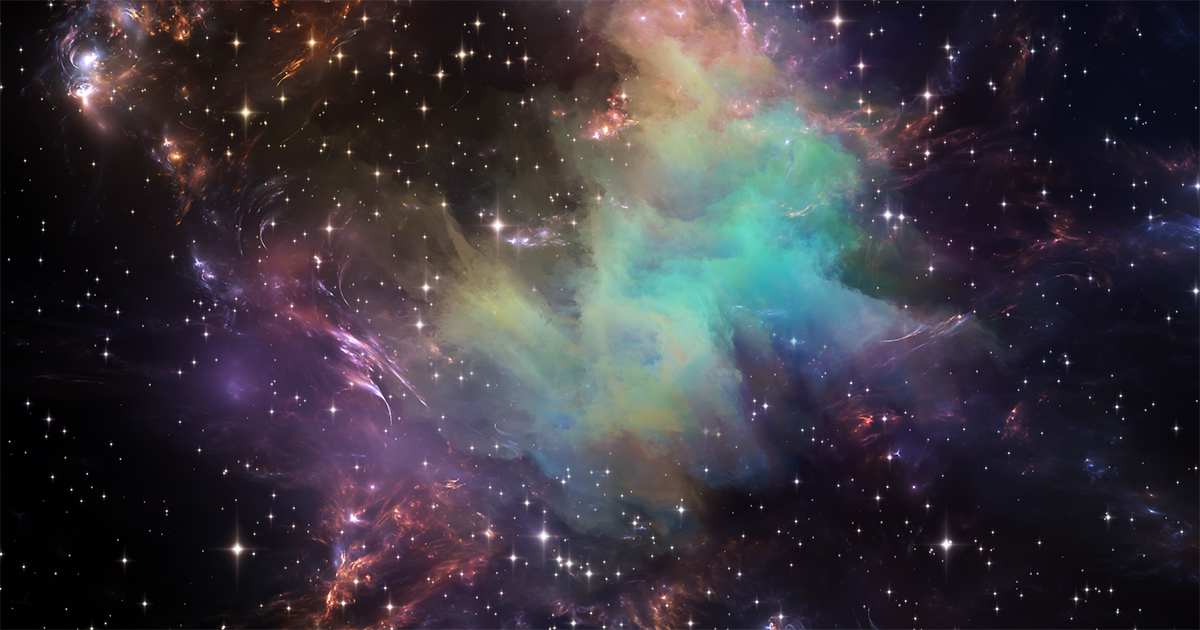