We have seen an increased interest in utilizing “cine” cameras in live sports over the last year, either supplanting or adding to the use of traditional 2/3-inch broadcast cameras and lenses.

Normally, the buildup and integration of single-sensor cine cameras and lenses into a live sports production environment could be a multi-day and expensive process, making the investment not worth the value of the investment of time and money, especially as this workflow process is in its early stages of development.

With new technology and equipment available at competitive pricing, those impediments have been removed. The cost and integration to live production systems are similar to those of a traditional broadcast camera.

Recently, multiple “cine” cameras were incorporated into the Super Bowl telecast, which drew the interest of others looking to add this different angle of storytelling to the actual game broadcast. There is also more interest from national and regional leagues and teams in using this to enhance their storytelling capabilities to their fans and viewing audience.

The panel will discuss how cine cameras are being implemented in live sports today. They will explore challenges and solutions for this workflow and explain the payoff for the fans and audience. Panelists will also dive into what the future holds for live sports production.

This session was produced in partnership with HPA. 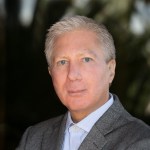 Mark Chiolis is the director of business development for Mobile TV Group (MTVG), which provides facilities for over 4,000 live professional and college sports and entertainment events annually, with more than 35 mobile units based throughout the U.S. MTVG has been leading the 4K/UHD/HDR/cloud live event production with key broadcasters, networks and distribution companies. Mark is currently working to interface with customers and partners to develop and support MTVG’s entertainment, awards, corporate, concerts, egames, and esports events with current and new trucks. Prior to MTVG, Chiolis worked in marketing, business development, and sales for Grass Valley, Thomson, Technicolor, Philips, and BTS as well as at television stations KMUV, KRBK and KVIE. 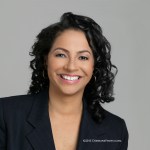 Andrea Berry is senior vice president and general manager of the broadcast, TV & film division at Production Resource Group (PRG), managing global teams who create technology solutions for live television sports, entertainment and news, as well as scripted and unscripted projects for film and television. Inducted in the Sports Broadcasting Hall of Fame, Andrea has served as a broadcast media executive for the FOX and CBS television networks. At Fox Sports, as the senior vice president of field operations, she led remote technical teams for high-profile live events including the World Series, the NFL, NCAA, and NASCAR, and was a part of the original team that launched the Fox Regional Sports Networks. As a broadcast operations leader, Andrea held key roles supporting the technical operations and transmission of the networks’ content and her teams were instrumental in launching new cable and broadcast television networks. She also served as the senior vice president of broadcast media services, managing the FOX Network Groups’ digital media management initiatives.

Andrea serves on boards for the Sports Video Group, the DuSable Museum of African American History, and the Illinois Institute of Technology. She participates in many organizations advocating S.T.E.A.M. education and diversity. 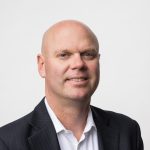 Ken Kerschbaumer is co-executive director, editorial services for SVG and SVG Europe. Prior to co-founding SVG in 2005 he was technology editor at Broadcasting & Cable magazine for five years and also was editor of Digital Television magazine from 1998-2000. He began his career working at Television Broadcast, Government Video, and TVB Europe magazines in 1991 and served in various capacities. 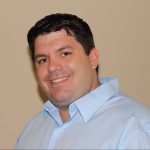 Michael Francis is vice president, engineering & technology, at CBS Sports. Michael joined CBS Sports in July of 2016 to oversee remote engineering. He leads all technical planning for the marquee events on CBS including Super Bowls, the Masters, the PGA Championship, the Final Four, and the SEC Championship. In addition to his engineering responsibilities, Michael helps find and implement new technologies to all of CBS Sports’ properties. Prior to joining CBS, Francis, a three-time Emmy Award winner, spent 14 years working in live sports and entertainment broadcasting for companies such as Game Creek Video, where he held positions including director of technology, engineering manager, and engineer-in-charge. He also served as the engineer-in-charge for Mobile TV Group. At Game Creek Video, Francis played an integral role in the design and configuration of the first uncompressed IP router truck, Encore. He was also part of the leadership team for live telecasts such as the Super Bowl, the Masters, the PGA Championship, the U.S. Open, the World Series, the NBA Finals, and the College Football National Championship. 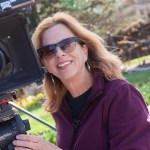 Sheila Smith (S&S Productions) is an award-winning director of photography and Steadicam owner/operator who films documentaries, television programs, commercials, sports, independent features, PSAs, political spots, dance, and music. Her clients include BBC, PBS, NBC, ABC, Lifetime, and many others. She specializes in lighting, visual storytelling, and Steadicam. She has Sony FX9 and F5 camera packages, Steadicam, lighting, etc. She was recently recognized for Best Cinematography for Feature Film in the North Europe International Film Festival 2020 in London. Sheila has filmed all over the United States and the world for documentaries, television shows and has operated Steadicam for World Cup Soccer. She specializes in dance films, enjoying the moving camera in Steadicam and gimbals. Sheila is on the board of Women in Film and Video DC, a contributor to GalsNGear and loves mentoring upcoming DPs and Steadicam operators.