Stadiums, arenas, and theaters host the top talent, teams, and productions in the world. They dazzle us with advancing technologies, drive community engagement, and deliver best-in-class experiences. They cater to the fan, with exceptional customer service being paramount. What technologies and capabilities are prevalent in the most forward-thinking venues of today? What does structure and design look like in the most competitive, innovative facilities? Post pandemic, what are the new protocols, procedures, and security measures that venues must have in place to hold live events?

From hardware to trends, this session will answer these questions and more. Hear firsthand from venue experts, trailblazers in technology, and creative visionaries about how they are elevating customer experience, enchanting audiences, and transforming urban neighborhoods with mixed-use developments.

This session was produced in partnership with the International Association of Venue Managers (IAVM). 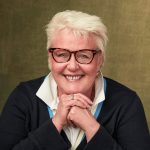 Maureen Andersen is President & CEO of the International Ticketing Association (INTIX). Maureen has more than four decades of experience encompassing not-for-profit, commercial arts, Broadway, regional ticketing, performing arts and colleges. Her experience spans the ticket office, call centers, season tickets, group sales, marketing, fundraising, strategic planning, and executive leadership. Prior to joining INTIX, Maureen had a rich career including serving as Vice President of Arts & Entertainment at AudienceView, Senior Business Consultant at Paciolan, and 23 years with The Denver Center for the Performing Arts as Director of Ticketing Services. Maureen and is a frequent speaker at Industry conferences, seminars, and workshops. She is the recipient of several high-profile awards from VenuesNow, INTIX, FutureTix, and Northeastern Junior College. 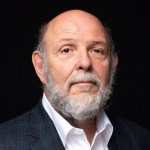 Russ Simons is the Chief Listening Officer and Managing Partner for Venue Solutions Group. He has been involved in nearly every facet of the sports and entertainment facility industry during his nearly 40-year career, including security, safety & risk management, marketing, PR, F&B, merchandise operations, and overall facility management. Russ currently leads the International Association of Venue Managers (IAVM) COVID-19 Working Group, which is responsible for the industry’s response to the current crisis, including recovery, reopening, and alternative facility usage. He is a former Pollstar “Facility Manager of the Year” and is enshrined in the Event Sales and Marketing Hall of Fame. He currently serves as the senior advisor to SoFi Stadium and Hollywood Park in Inglewood, Calif. 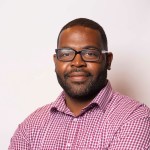 Frantzer Le Blanc is the Vice President of Event Services at UBS Arena. In this role, he oversees the event production team. Frantzer received a bachelor’s degree from Temple University in sport and recreation management, and he earned an MBA from Wagner College. Frantzer also earned a CVP certification in 2016 and is a graduate of VMS. Frantzer served as the Region #1 Director for the International Association of Venue Managers and as a member of the Board of Directors for IAVM from 2019-2021. He has written four articles published in Facility Manager magazine. 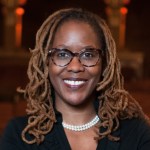 Adina Erwin is General Manager of the Barclays Center in Brooklyn, NY. Home to the NBA Brooklyn Nets and the WNBA New York Liberty, the Barclays Center hosts over 200 events per year and has emerged as “the convening place” for community engagement and activism. Prior to joining Barclays Center, Adina served as the Senior Vice President of Business Operations for TD Garden in Boston, Mass., and the Vice President and Chief Operating Officer for the Fox Theatre in Atlanta, Ga. 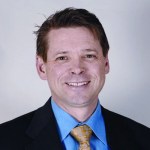 Robert D. Jordan, CVE, founder of Venue Road and CEO of 1337 Facilities, is a 30-year veteran of major project development and operations in sports and entertainment venues and associated developments. An established voice in the “Smart Stadium,” Jordan is champion of creating dynamic customer experience platforms and partnerships within the design context of the venues.

In 2012, Jordan worked with MLB Advanced Media to update MLB ballparks across the league to a standard wireless (DAS/Wi-Fi) platform, including activation of instant replay and the installation of pace of game clocks, Statcast, and iBeacon. Additional projects include VTB stadium in Moscow, Mumbai Cricket in India, and college facilities such as the University of Washington’s Husky Stadium renovation and Syracuse University’s Carrier Dome. In 2004, with the NFL’s NY Jets as the Vice President of Design and Construction, Jordan led the design and development of MetLife Stadium, which opened in 2010.

Robert recently launched 1337 Facilities, a company that aids institutions in the concepting, designing, construction, and sponsorship of campus gaming. The resulting intersection of the esports industry with the traditional sports best practices amplifies the expectation that all the electronic systems in all types of modern venues migrate into an integrated operating and content distribution platform that improves the fan and game experience.