Lighting designers sculpt moments and enhance experiences. They impact the mood, tone, and texture of live productions through creative color choices, strategic light placement, and the use of state-of the-art gear and technology. Where does the design process begin, before equipment or technology is considered? What lighting-related equipment is available today that wasn’t a decade ago? What lighting gear or accessories are now indispensable to a state-of-the-art production? What new technologies allow for solving logistical challenges that otherwise might make a production or venue unviable? In this lively discussion about lighting design, panelists will discuss how augmented reality (AR), media servers, wireless DMX, and LED fixtures impact visual storytelling.

This session was produced in partnership with Intensity Advisors. 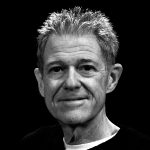 Jeff Ravitz is a Primetime Emmy-winning lighting designer, lecturer, and writer specializing in live entertainment being captured for multicamera television broadcasts and webcasts. He is the co-author of the newly released book Lighting For Televised Live Events.

Jeff has designed numerous TV specials for awards shows, music-based programs, stand-up comedy, fashion, ice shows, debates, and interviews, as well as game shows, talk shows and specialty scenes for feature films. Jeff has been the broadcast lighting advisor to the Coachella and Lollapalooza festivals. Jeff has also designed concert tours for Bruce Springsteen, Steely Dan, John Mellencamp, Styx and Ringo Starr, among many others. He was named a Parnelli Lighting Designer of the Year. His design firm, Intensity Advisors, is based in Los Angeles. 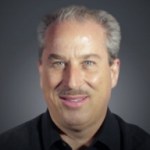 Todd Mertzel has worked with several entertainment rental companies in his 30 plus years in the entertainment business. Most recently, Todd re-joined 4Wall Entertainment in 2017 as vice president of live events, where he helped lead 4Wall into the “full service” side of the corporate/special event entertainment rental business. While nurturing new clients and bringing an existing client base to 4Wall, Todd has also helped build a team of diverse talent to assist with the growing demand of the live event production business at 4Wall. In 2020, Todd was promoted to senior vice president of live events and continues to grow his team.

Before his return to 4Wall, Todd was the global general manager for Video Equipment Rentals, where he helped build the production lighting division from two locations to six, along with overseeing a production event staff of 50 plus for both concert touring and corporate/special events. Todd was also part of the 4Wall family from 2004 – 2011 as general manager of the 4Wall Phoenix location. Prior to that, Todd worked at Vari-Lite/VLPS for 15 years. 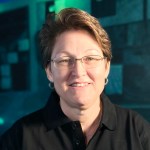 Vickie Claiborne is the author of Media Servers for Lighting Programmers and the training manager for the Americas at disguise. She has more than 25 years of industry experience as a lighting and digital media server programming specialist for live events around the world and is currently based in Las Vegas, NV. 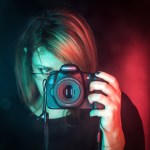 Brooke began working with ICD in March 2020, and came in with five years of experience in strengthening brands for filmmaking products and establishing dealership agreements with retail stores all across the United States. Currently, she represents the brands: Astera, Madrix, Minuit Une, Portman Lights, SelbyGuard RainProtection, Smoke Factory and VISO Systems while managing 12 states, and helps with brand acquisition to expand ICD’s portfolio.