Listen to the audio version here.

One reason we appreciate and are moved by Michelangelo’s Sistine Chapel chapel or Vincent Van Gogh’s wheat field paintings is because we can relate to the blood, sweat and tears — and years, in the case of the Renaissance Italian — that went into them.

Can the same be said of machine-generated art? Does the product of generative AI have any depth of meaning?

Armchair philosopher L. M. Sacascas, blogging at The Convivial Society, has gazed into the abyss and got nothing back but a shrug.

If nothing else, the rise of generative AI tools like DALL-E 2 this year has changed the discourse around the technology from Cyberdyne Systems slavery to more benign issues like whether copyright law needs to be changed.

But Sacascas and others are more concerned with what AI media will do to our imaginations in the longer term.

There are those who argue that AI tools will actually enhance our imaginations by conjuring visuals or sounds that we might not have even dreamed of.

But Sacascas is unconvinced. He quotes digital artist Annie Dorsen; “For all the surrealism of these tools’ outputs, there’s a banal uniformity to the results.”

Dorsen went on to write that “when people’s imaginative energy is replaced by the drop-down menu ‘creativity’ of big tech platforms, on a mass scale, we are facing a particularly dire form of immiseration.”

AI is the manifestation of something Andy Warhol saw all those years ago: the commercialization of art, its mass production rendering shock images like assassinations or execution chambers, as banal as wallpaper.

Paraphrasing the words of Dorsen, Sacascas and philosopher Bernard Stiegler: When industrial technology is applied to aesthetics, conditioning of the same “substitutes for experience.”

That’s bad, they argue, not just because of the dulling sameness of a world of infinite but meaningless variety. It’s bad because a person who lives like this “has forgotten how to think” and is “incapable of forming an inner life.”

AI-generated images may be technically amazing — but there isn’t room for the happy accidents or the blood, sweat and tears that inspired so much of what we hold up as high art from the past.

“They may startle or surprise, which is something, but they do not then go on to capitalize on that initial surprise to lead me on to some deeper insight or aesthetic experience,” Sacascas writes.

Tech commentator Rob Horning has made a similar observation in his recent comments about generative AI focused on ChatGPT.

“AI models,” Horning observes, “presume that thought is entirely a matter of pattern recognition, and these patterns, already inscribed in the corpus of the internet, can [be] mapped once and for all, with human ‘thinkers’ always already trapped within them. The possibility that thought could consist of pattern breaking is eliminated.

READ MORE: What of the national throat? (Rob Horning)

This also hints at how, as Sacascas wrote last summer, we seem to be increasingly trapped in the past by what are essentially machines for the storage and manipulation of memory.

“The past has always fed our capacity to create what is new, of course, but the success of these tools depends on their ability to fit existing patterns as predictably as possible. The point is to smooth out the uncanny aberrations and to eliminate what surprises us,” he says.

Dan Cohen, another blogger on AI art, agrees. “The best art isn’t about pleasing or meeting expectations,” he wrote. “Instead, it often confronts us with nuance, contradictions, and complexity. It has layers that reveal themselves over time. True art is resistant to easy consumption, and rewards repeated encounters.”

In contrast, all AI tools are designed to “meet expectations, to align with genres and familiar usage as their machine-learning array informs pixels and characters.”

This is in tension, says Cohen, “with the human ability to coax new perspectives and meaning from the unusual, unique lives we each live.”

Proponents of AI art — artists producing artworks with AI tools — can and do explain the process by which they arrived at the prompts that yielded the final image, but Sacascas dismisses this as like “talking exclusively about the shape of the brush or the chemical composition of the paint.”

You can’t discuss or critique an AI image in the same way that you would dissect a painting or symphony that has been made by someone. What’s missing is a deeper understanding of the image precisely because the viewer of the artwork knows that there’s a person behind its creation. It is that knowledge — the shared knowledge of having inhabited the same world as the artist — from which richer meaning about the human condition is derived.

He argues this in relation to “high art,” like a painting by masters Pieter Bruegel the Elder or Rembrandt van Rijn.

“What I find, whether or not I am fully conscious of it, is not merely technical virtuosity, it is another mind,” he says. “To encounter a painting or a piece of music or poem is to encounter another person, although it is sometimes easy to lose sight of this fact.”

He argues, “I can ask about the meaning of a work of art because it was composed by someone with whom I have shared a world and whose experience is at least partly intelligible to me.

The same argument extends outside of AI-generated media and to the volume of visuals, videos and text we are bombarded with daily.

Sacasas has previously written about how skim reading characterizes so much of our engagement with digital texts. He calls it a coping mechanism for the overwhelming volume of text we typically encounter on any given day.

So, likewise, might we settle for a scanning sort of looking, he suggests, “one that is content to bounce from point to point searching but never delving thus never quite seeing.”

Does that happen when we watch TV, for example? Do you skip seconds or minutes of the latest binge-worthy show in order to simply catch up? What happened to savoring the drama and all its on-screen elements?

Filmmakers like Damien Chazelle, James Cameron and Alejandro González Iñárritu have all given us three-hour movies as if to test our patience in cinemas where we can’t just leave. You could argue nonetheless that in each case (Babylon, Avatar: The Way of Water and Bardo) it is the sumptuous visuals that will leave more of an impression than any deeper emotional meaning.

Sacasas doesn’t reference movies but his words can be applied: “This suggests that there are surfaces that may arouse a desire to know more deeply but which do not have the depth to satisfy that desire. I think this is where we find ourselves with AI-generated art.

“Why does this matter? Because without that profundity of feeling of connection with another person, then there is nothing but surface. Nothing in fact but loneliness which fatally undermines the reason humankind produces art in the first place.”

Essentially, he is saying that without the blood, sweat and tears of artists we have no culture, or none worth having.

The problem, as Sacasas sees it, is that we need these encounters with depth of meaning to “sustain us, to elevate our thinking, judgment, and imagination.”

So the exchange we are offered is this: in place of occasional experiences of depth that renew and satisfy us, we are simply given an in finite surface upon which to skim indefinitely.

Even with AI-powered text-to-image tools like DALL-E 2, Midjourney and Craiyon still in their relative infancy, artificial intelligence and machine learning is already transforming the definition of art — including cinema — in ways no one could have ever predicted. Gain insights into AI’s potential impact on Media & Entertainment in NAB Amplify’s ongoing series of articles examining the latest trends and developments in AI art 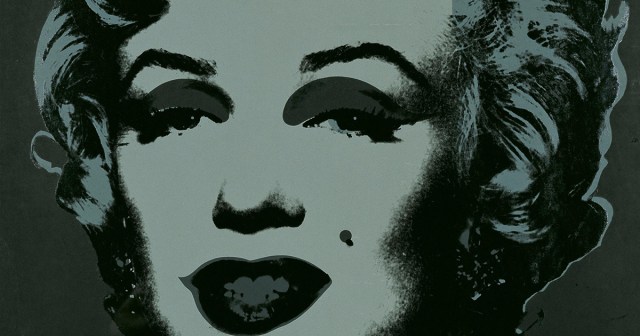 Machine Learning: How MoMA’s New AI Artwork Was Made (Trained) 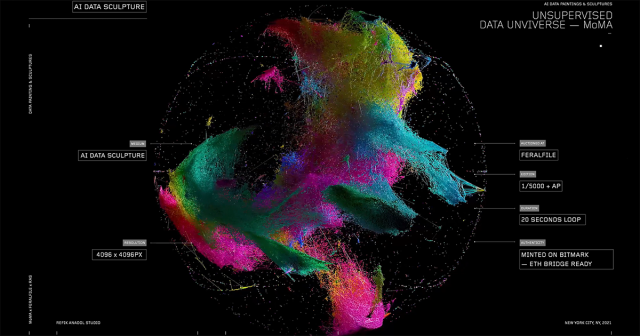 “Refik Anadol: Unsupervised” uses an AI model trained on 180,000 artworks from MoMA’s collection to produce a stream of digital images.

Recognizing Ourselves in AI-Generated Art 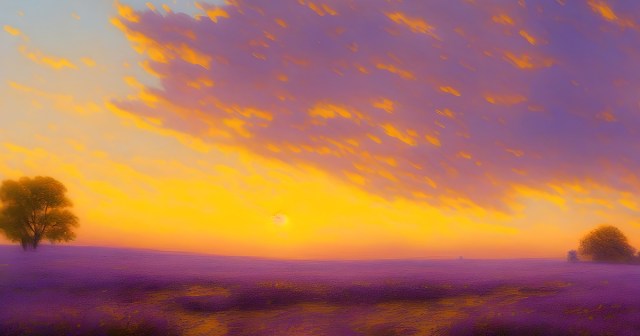 It’s easy to say that AI art is becoming indistinguishable from human creations, but aesthetic conventions often give the game away.

Karen X Cheng: How the Creator Economy Will Evolve Alongside AI 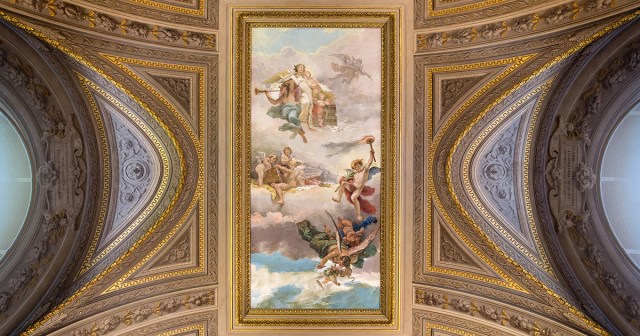 Viral video creator Karen X Cheng discusses generative AI art tools like DALL-E, and the implications they have for the creative community.

AI Can Produce Visuals We Can’t Even Imagine, So Maybe We Should Just… Enjoy It? 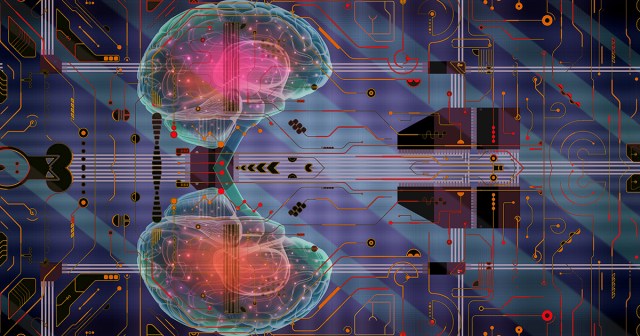 Artificial intelligence text-to-image tools are able to explore the realm of the improbable or unimaginable. So why are we limiting them?