Love Island USA is an American dating reality show based on the original British series. Love Island USA was announced and commissioned in August 2018 by CBS and premiered in July 2019.

In August 2019 the show was renewed for a second season and was originally scheduled to premiere in May 2020. However, due to the ongoing COVID-19 pandemic, the production was postponed. The second season production was then moved from Fiji to The Cromwell in Las Vegas with strict quarantine measures in place. It premiered in August 2020.

Love Island USA is produced by ITV Entertainment and distributed by ITV Studios Global Entertainment Motion Content Group. The show host is Arielle Vandenberg and narration is by Matthew Hoffman. In January 2021 the series was renewed for a third season, which is set to film in Hawaii.

In Season 2 the group of contestants, referred to as “islanders,” live in a villa in Las Vegas. They are cut off from the outside world and are under constant video surveillance. To survive in the villa, the islanders must be in a relationship with another islander. The islanders couple up for the first time on first impressions but they are later forced to “re-couple” at special ceremonies in which they can choose to remain with their current partners or to switch partners.

Each episode is shot and mainly edited the day it airs — a highly challenging production schedule that moves at a very fast pace. What the audience sees really is what is happening in the villa 24/7 during the airing window, with an under-24 hour delivery operating at all times.

Howard Bauer said the team was all set and ready to go to Fiji last year, including two scouting trips early in the year. They were then forced to make a decision to pull the plug in late March — the week they were scheduled to travel.

Ultimately on resumption they chose Las Vegas “because of a pre-existing relationship ITV has with Caesars.” The majority of the production took place on the rooftop of The Cromwell, which also accommodated more than 180 members of the crew.

The Cromwell’s tenth floor pool deck and nightclub area was chosen as the primary location. The other production base was at the Rio, which accommodated another 250 people including the cast members.

The control room and tech team was based at the Rio and there was a third production group at the Flamingo Hilton, with a lot of fibre running between the three hotels — all of which were closed for business for the duration, due to the COVID pandemic. More than 100 cameras were deployed, predominantly Pelco remote PTZs, including 67 at the “villa” location on the tenth floor of the Cromwell.

The production also included four “hides” with camera operators in each — a major challenge in Las Vegas “in the hottest summer they’ve had in over 100 years,” said Bauer. “Average temperature was around 115 and we had to figure out how to cool everything down for everybody to work comfortably. It was a challenge.”

Cutting Love Island Episodes While the Show is on the Air

The post-production operation was handled from Los Angeles. Danielle DiStefano said, “Love Island is a unique show in that it’s not just a quick turnaround. Every second counts. What they shoot on a Monday afternoon airs on the Tuesday evening, so we have to put it all together in about 12 to 16 hours including reviews.

“So the challenges for us were how to limit the number of people in Las Vegas, and how to keep everyone safe. Going into COVID we had already used HP RGS (Remote Graphics Software) for remote editing since 2017, with roughly 80 people, give or take.

“When COVID happened we decided to launch it for 300 edit systems. Simon Thomas (EVP of Programming) called me and asked ‘do you think it’s crazy to try this on a show from Las Vegas to LA, that has to air almost every night?’ But I think we felt pretty confident that we could make it work.

“We paired up with Rod Allen’s team at Bexel and our post vendor Cutting Edge — who are out of Australia, and have done many of these quick turnaround reality shows including I’m A Celebrity — and discussed the technology. We knew it would work, but how could we scale it up? How do we do it, keeping an entire post team — including producers, editors, assistant editors and even our VO artist — in Los Angeles?

“That’s what we did, and really relied on our IT team at ITV America and the Cutting Edge team to run fibre, using a company called The Switch. They had a pretty robust home base in Las Vegas and knew the fibre infrastructure there,” said Distefano.

“We ran redundant fibre from Las Vegas to Los Angeles — and basically all of the media stayed in Las Vegas. We remoted into there with about 60-plus edit systems.

“Because of COVID everyone had their own computer and workspace and their own room. So it was a much larger operation than when we were in Fiji the season before, where we had maybe 25 edit systems. It was definitely a challenge, and really the goal was to stay on the air.

“Most of our people were in the office in Los Angeles where we had a waterfall schedule and 24/7 EMT support in terms of the COVID protocols and temperature checks and things like that. We created zones for offline edit, story edit, and finishing, and people had to stay in their own zones.

“And then we had a finishing team in Vegas, and those were the folks who did the final tech checks, color pass and audio sweetening in Avid — and that’s where the material aired from via fibre, with a satellite backup. Even though it was a small team there, we knew that even if the connectivity went down we had the people there who could edit the show — as a third backup to all the redundant fibre we had in place,” she said.

“The team was really spread around the world,” added Rod Allen. “Our loggers were in Australia, Danielle’s team was in Los Angeles and Las Vegas, our technical consultant was in the Philippines, and management was in the UK.

“We would all come together at a certain time every day for that final tech review. Everybody was involved, using Unity for comms and SRT secure streams to review material, and texting through WhatsApp to ensure the show was ready to go.”

“Just to add to that, we record the show 24/7,” said Distefano. “So if there are 100 cameras we are recording anywhere between eight to twelve streams of video — and that’s really where Cutting Edge has helped us in both seasons, using Avid Interplay to manage all the recording.

“Everything was at maximum resolution because there’s no time for up-rezing. You’re basically making changes as the execs are screening everything and right up against air — and even while we’re on the air we’re still delivering the show, out of order, based on how fast we can finish and act.

“There’s tons of media; I believe it was 1.3 Petabytes of footage, just for this one season. That’s a lot to manage, making sure everyone has access.

“It’s a very timely show. The thought of not doing this in the same location … we had to find a way to recreate the in-person immediacy that Love Island requires,” she said.

“The fact that all the hotels we utilized in Las Vegas were closed kind of worked for and against us,” said Tim Curry. “For, in the sense that we could create our own bubble, but then against as we had to sustain that bubble and be as self-sufficient as we could. We had to bring in a lot of services to help support a 24/7 production, with some of the crew there for the full four month schedule.

“The fact that all the hotels we utilized in Las Vegas were closed kind of worked for and against us. For, in the sense that we could create our own bubble, but then against as we had to sustain that bubble and be as self-sufficient as we could. We had to bring in a lot of services to help support a 24/7 production, with some of the crew there for the full four-month schedule.”

“We had to remove a lot of things we all took for granted before COVID, like being able to go up to a table and grab whatever you want. We had to have someone to space that stuff out and physically hand out craft services — many on an individual basis for camera operators for example — so we wouldn’t have many hands going into the cooler.

“It was a modification, a removal of access to different needs. You couldn’t just go up and help yourself. You had to ask for something, and then it was given to you by someone wearing gloves and the proper PPE,” said Curry.

“Tim’s team did a great job making sure everyone was safe,” said Bauer. “You were in a hotel and you couldn’t leave that property. That was your world. So we wanted to make sure those worlds were as pleasant as humanly possible. Tim’s team was crucial to supplying services and ensuring that everyone was not going bonkers in their hotels! It was good.” 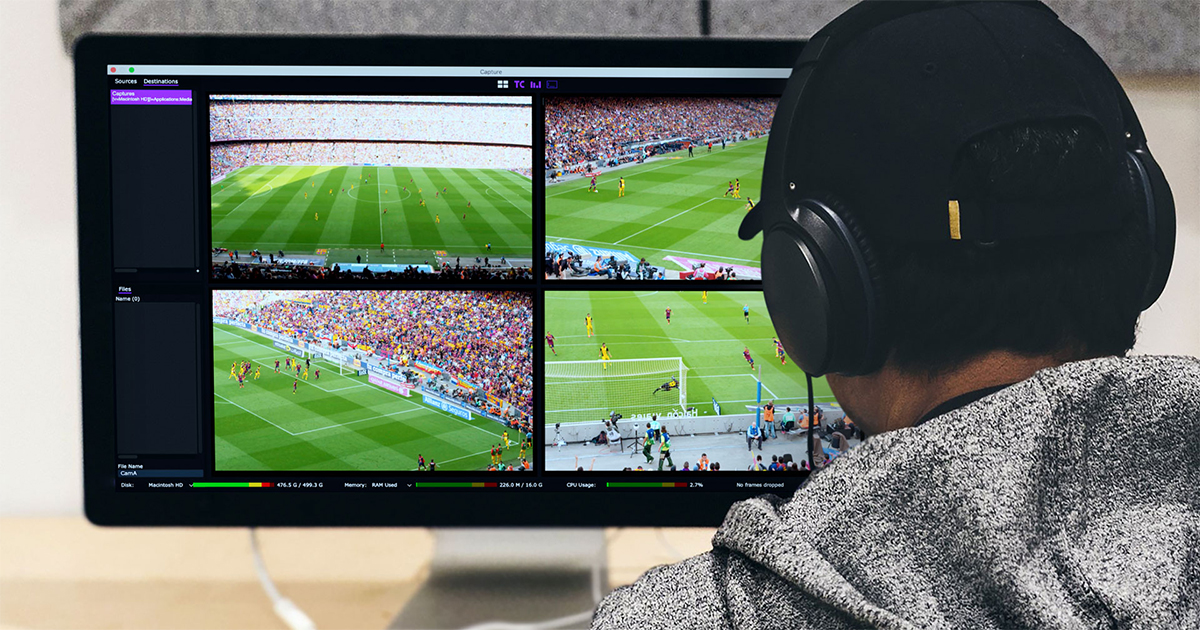 REMI Over IP: What Does It Actually Mean and How Does It Work? 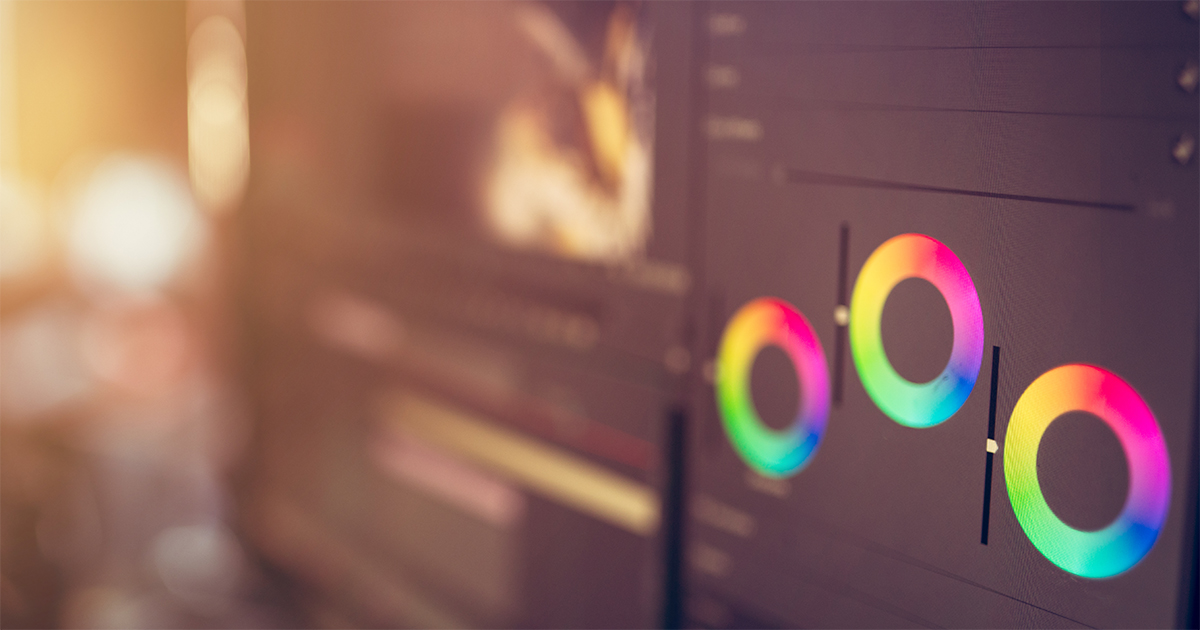