Perhaps like me you’ve read a number of “Tech Predictions for Production in 2021” pieces across trade media outlets in recent weeks. In almost all of the pieces I have read the overriding sentiment was, “there’s no going back to the old normal,” because the global pandemic has caused a dramatic acceleration in the move to IP — so much so that we saw five years worth of tech advancement in the space of nine months in 2020.

How many times have you seen that line? Yes, before the pandemic there had been a shift in some quarters towards an IP-enabled Remote Integration Model (REMI) with media producers seeking to reduce the number of OB and SNG trucks, hardware and people on location in order to handle most of the production back at headquarters.

Legacy systems using SDI were well understood and reliable but inflexible, based as they were on dedicated routing switchers, video monitors and ingest hardware. That inflexibility extended to the difficulty in adding additional editing, media asset management or playout capability — more routing, more hardware.

Instead, IP-enabled remote production offers the possibility of reduced movement of people and equipment, increased utilization of resources, and more efficient use of members of the production team — plus the tantalizing ability to produce more content with fewer resources.

What’s not to like? But what’s the catch? If IP remote/distributed/decentralized production was such a no-brainer, why did it require a global pandemic in 2020 to see its widespread adoption?

Bottom line: none of the variants of remotely integrated, distributed or decentralized live production we have seen over the last year would have been possible without that IP transport backbone.

Two recent white papers — “The Complete Guide to Remote Production Over IP” by Haivision and “The IP Broadcast Revolution” from Primestream — have set out to explore the benefits and challenges of adopting a remote production model based on IP networks.

Haivision conducted a survey among broadcast and media professionals in September 2020. In the poll, 57% of respondents stated that 50% or more of their organization’s workforce is currently working from home and 79% said that the pandemic had accelerated the transition to IP in their organization.

According to the Haivision white paper, remote production over IP can benefit producers by eliminating the logistics associated with deploying OB trucks and on-site production teams, with all the inherent travel that involves. If those teams are elsewhere, furthermore, they may be better deployed so that they are more efficient and are in a position, in many cases, to produce more content or different version of content for the organization.

Low latency IP streaming is the key — and can include bi-directional streams for live interviews with remote talent. That bi-directionality also means that senior production executives, who in the past were almost always required to travel on-site in an oversight role, can now monitor live production from a laptop or mobile device using an encrypted connection to a cloud or on-premise stream gateway.

So what are the challenges? Among the reasons many producers remained reluctant to move to a remote production model are connectivity and reliability; multi-stream synchronization; latency; and security. Needless to say, technologies that transport high bandwidth video streams over unmanaged and unpredictable networks must be able to handle large amounts of jitter and recover packets that are lost in the transportation process.

Keeping live video and audio in sync while streaming over IP networks is a major challenge. According to Haivision, “In order to ensure that all video and audio streams are in sync with each other, broadcast and network engineers need to spend time to manually adjust the timing of each video decoder output. Typically, this is done using a test pattern device to calibrate audio channels with live video sources. This approach requires coordination between people at both the remote location and at the Master Control Room (MCR) and can be very time consuming.”

In order to support remote production workflows, producers can use a private network such as a Multiprotocol Label Switching (MPLS) service, dedicated fibre or a WAN — or use a mixture of private and public internet networks to support contribution and return feeds. Contribution feeds are often referred to as the ‘first mile’ and it is essential that quality, reliability and latency are optimized at this stage for success.

Distribution streams may include “sending produced content, based on contribution feeds and on-air talent, from a production facility to a master control room where graphics are added for playout. Distribution streams can also include the playout material shared to various affiliates or sent to an OTT streaming service.”

Latency is critical in live production applications. Engineers look to keep the delay from camera to studio at less than one second — or ideally under 300 milliseconds, known as ultra low latency. High quality, efficient compression such as HEVC maximizes bandwidth and offers significant bitrate savings.

Originally developed by Haivision, the Secure Reliable Transport (SRT) provides resilience and security, and can optimize video across unpredictable networks to ensure low latency — no matter what the network.

Concluding the white paper, Haivision states, “With the near ubiquity of high bandwidth internet and the ongoing rollout of 5G networks, live video streams for remote production can be shared in real time from anywhere to anywhere. As in-house broadcast facilities deploy SMPTE 2110, entire broadcast workflows will be IP enabled over both public and private networks.

“Furthermore, remote production workflows are encompassing a mix of on-premise, at-home, and cloud-based elements for encoding, decoding and video processing, all accessible via IP networks.”

The Primestream white paper endorses the view that when the pandemic struck in March 2020, the live production, broadcast and streaming industries found themselves in severe turbulence that forced maybe five years worth of technology innovation to take place in nine months.

“Likewise, they need fast, frictionless ways to transcode those feeds and files in to multiple house formats for asset management and distribution,” according to Primestream. “A massive shift to IP is underway and with it a move away from bulky, expensive hardware to more flexible software and cloud-based solutions as well as more lightweight field gear like bonded cellular backpacks.”

With IP-based systems you can acquire signals from many inputs using a range of protocols (SRT, WebRTC, HLS, RTSP) and then output via an Ethernet switch for live camera monitoring, transcoding, live editing and on to distribution and/or re-transmission.

Primestream CEO Claudio Lisman observes, “Now you can have a huge number of inputs coming in on IP. You can switch them, and you can record them in real time in the format you want. If you get an HLS stream and want to convert it to SRT, you can do that. If you get an SRT source and want to convert it to XDCAM, you can do that.

“And you can provide a stream as a growing file to an editor who is anywhere in the world, and he can start working on editing that piece and send it to multiple devices via web distribution or send a signal to a satellite or television transmitter.”

With portable technology like bonded cellular, IP-based signal acquisition and cloud-based tools, you’ve got everything you need to work remotely from anywhere. This does not mean the traditional broadcast production center will disappear — rather that there is now an alternative to the previous status quo.

Primestream’s Media I/O for video production and distribution can capture content from any IP stream, camera or broadcast source including SRT, NDI, HLS, RTSP, DASH and SDI, taking incoming feeds from both baseband and non-baseband sources and transcoding them into ProRes, XDCAM, AVC-intra, DVCPRO, H.264 and H.265/HEVC all in real time.

The term ‘paradigm shift’ is often casually used these days; however in the area of live remote production there is no question it is now the accurate term to apply to the rapid move away from SDI, hardware, trucks, fibre and satellite links, and large travelling production teams, towards decentralized and/or distributed teams working collaboratively in real time relying on IP-based technology and networks: REMI over IP. 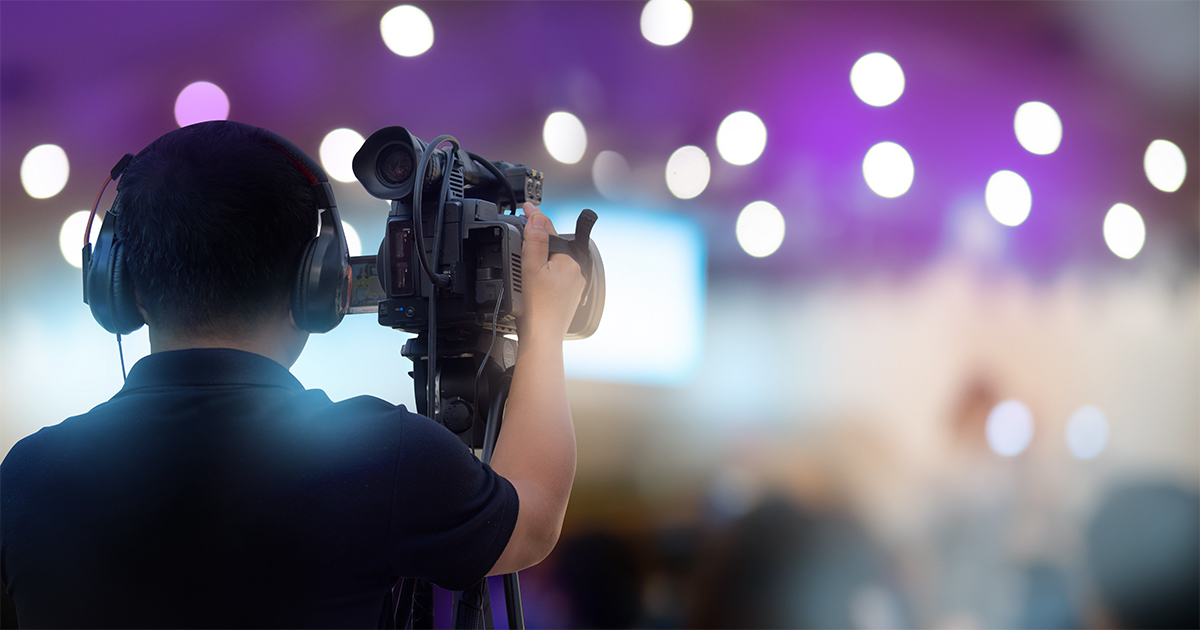 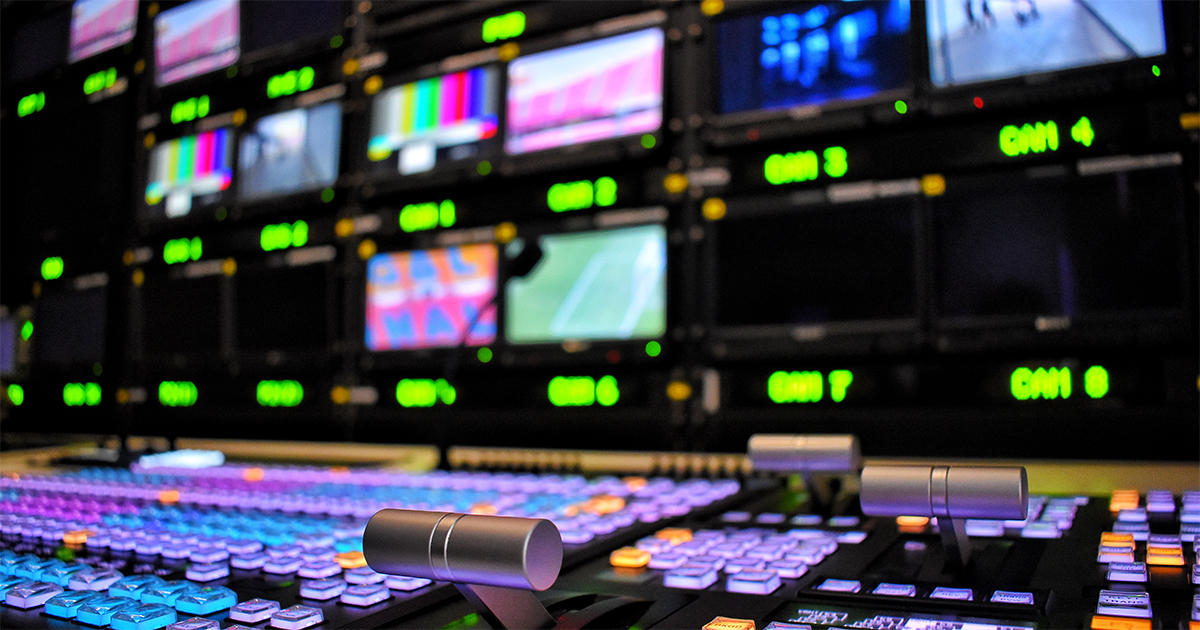 Remote Workflows and the Future of TV Station Operations 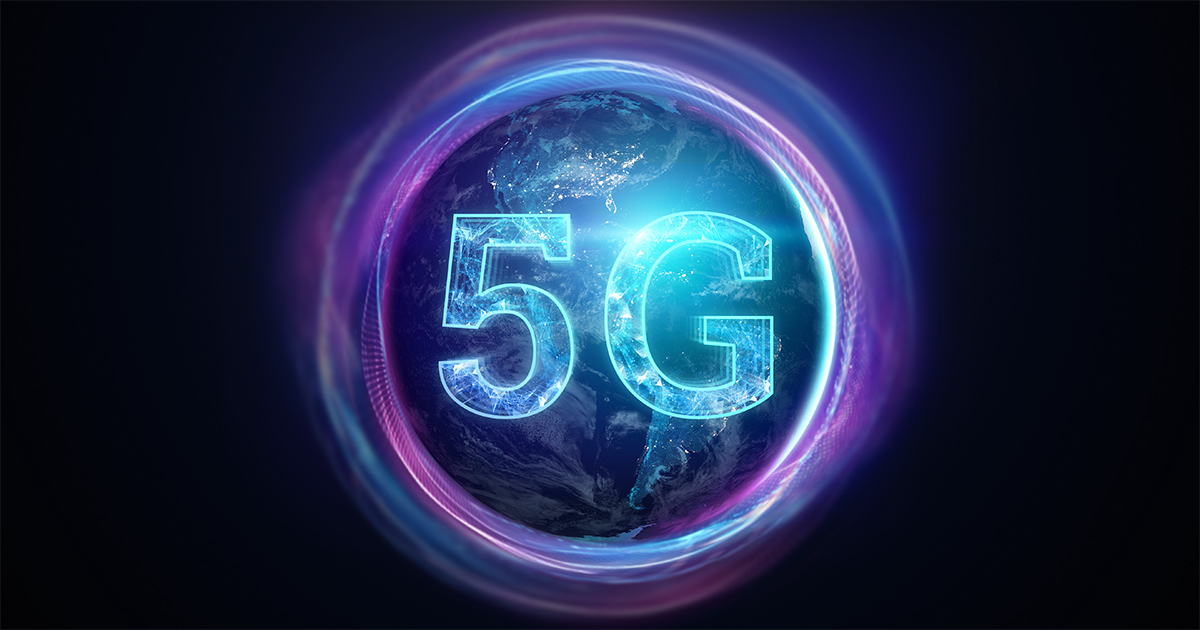