Directing duo Adil and Bilall cite “Spider-Man: Into The Spider-Verse” and classic John Hughes movies as influences on their approach to “Ms. Marvel.” Cr: Marvel Studios

With all the positive inclusivity apparent in the MCU, Ms. Marvel is possibly the shining light of that sentiment. Moroccan-Belgium filmmakers Adil El Arbi and Bilall Fallah saw Ms. Marvel not as a sanctimonious morality tale but, as they told Insider, “as a show that should be filled with color, life, and celebration of culture.”

But things get interesting when she unlocks powers that give her the ability to enlarge and stretch her body. Khan, who is obsessed with Captain Marvel, sets out to become her own superhero.

Within their vision of the show, the directing duo (known as Adil and Bilall) saw an augmented reality as part of Kamala’s positive spirit. They had a number of influences for animation to add an extra dimension to the tale. However, first they had to pitch studio head Kevin Feige and his team.

“We did this whole PowerPoint presentation and we told them that this is our influences for the show. Into the Spider-Verse was a big one because of the animation.” Adil added. “We wanted to portray that dream world of Kamala Khan and the comic book aspect to it. We were afraid that Kevin would say no because it’s different from the other shows of the MCU.”

The filmmakers pointed to everything from John Hughes’ classic high-school movies to Boy Meets World as their guiding lights. “American high school from the 1980s and 1990s was a big inspiration for us,” Bilall said. “Very colorful and very young.”

But the influences didn’t stop there, and they wore their tributes with pride. Add to the list Edgar Wright’s 2010 cult comic book flick Scott Pilgrim vs. the World, the 2017 MCU movie Spider-Man: Homecoming and the 1999 teen comedy classic 10 Things I Hate About You.

READ MORE: ‘Ms. Marvel’ directors presented a PowerPoint to Kevin Feige to convince him to include animation, inspired by ‘Into the Spider-Verse’ (Insider)

But SlashFilm’s Sandy Schaefer picked up on more elemental influences like Indian superstar Shah Rukh Khan, aka the “King of Bollywood” when they spoke with head writer Bisha K. Ali. “I’m obsessed with Shah Rukh Khan,” he said. “I was torturing our writers like every single lunch break… I would make them watch the Chaiyya Chaiyya video, him dancing on a train in this red bomber jacket.

“And so there’s so many of those different influences and elements we wanted to weave into the show, and I think we just did it. I think everybody all together got behind this huge melting pot of things that we wanted to include.”

READ MORE: Ms. Marvel Was Directly Inspired By Scott Pilgrim, John Hughes, And 10 Things I Hate About You [Exclusive] (SlashFilm) 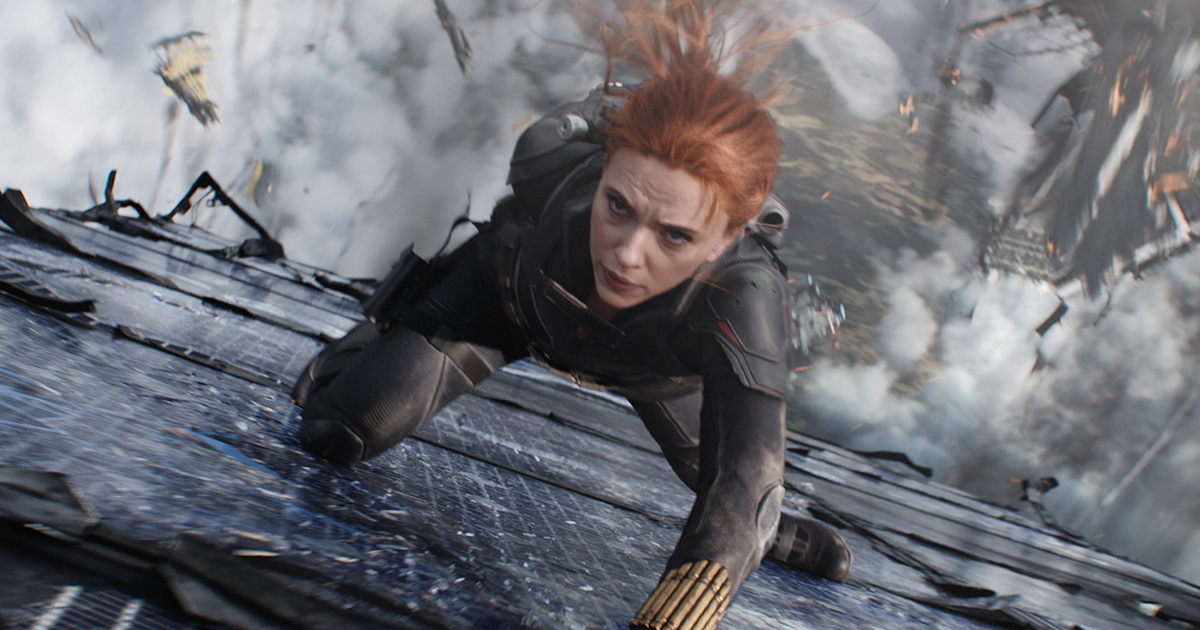 But other inspiration originated from closer to home, the lead herself. Sana Amanat, the co-creator of Ms. Marvel’s character and a writer/producer of the show, revealed to Mashable’s Alexis Nedd that some of the inspiration for Kamala’s YouTube channel and animated videos came from Iman Vellani’s real life Kamala Khan vibes on set.

“Iman Vellani makes her own videos. She was sending videos to us while we were on set. And we looked at that and were like, ‘How do we inject some of that personality and the fact that she creates stop motion videos.’ It was very much something that we’re like, ‘Yeah, a version of what Iman does should be in our show.’ ”

Rizwana Zafer, the culture intern at Mashable, had a more personal reception to the new show, “I can finally breathe a sigh of relief, Kamala Khan is the superhero we’ve been waiting for,” she said. “When I first learned that Kamala Khan would hit the small screen as Ms. Marvel, my joy was quickly followed by anxiety. As an Indian American Muslim woman, I was uncomfortably familiar with how South Asians and Muslims — and our culture — haven’t always been portrayed in the best light on television.

“The first episode of Ms. Marvel is a pleasant surprise, beautifully weaving in aspects of South Asian culture and Islam into Khan’s daily life. While I still wish that I could’ve had a Ms. Marvel to look up to when I was younger, I’m glad that South Asian and Muslim teens will finally get to see a superhero that looks like them.”

But what of the 19-year-old acting debutant herself? How heavy was the burden of the first Muslim superhero for Iman Vellani? She told Variety’s Angelique Jackson that the advice she received from Marvel leadership was simply to be herself. “They’re like, ‘You don’t go to work thinking that you’re the first Muslim superhero; you just go to work and have fun,’ ” Vellani recalls.

“That’s what I keep telling myself: I don’t really have to go out of my way and advocate for Muslim and Pakistani representation,” she explains. “This is one story of one girl. We cannot represent all two billion Muslims and South Asians, but this is definitely a good start.” 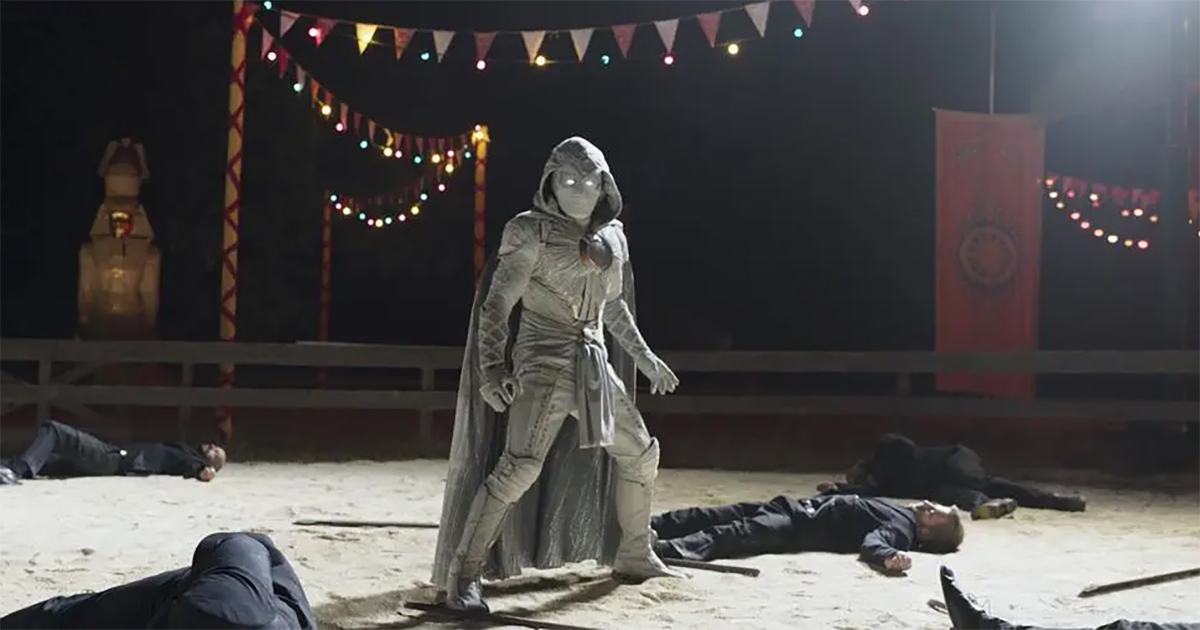 That aversion to the spoon-feeding of South Asian culture was a thread throughout Ms. Marvel, as Ali explained, “I am very wary of justification, of pointing at things and explaining very overtly. I’d much rather it come from a place of it’s just who she is.

“The celebrations and the events that we see, and the way that she interacts with elements of the community, it’s the day-to-day life of an American girl,” he added.

The edict came from the very top as chief creative officer Kevin Feige expressed no concern about alienating non-Muslim audiences or people who aren’t South Asian with the show’s detailed cultural references. Instead, they fully embraced the nuanced perspective.

The approach presents an opportunity for curious fans to get an education about another culture while also being entertained. “We’re not trying to bash it over the head. We’re showcasing a different aspect of a lived experience,” adds Amanat. “But, ultimately, we’re telling sort of a nerdy, fun fan story about a young woman coming of age.”