There is a lot riding on Moon Knight. To start a new origin story in MCU’s fourth phase is a risk, especially when it surfaces among recognizable IP like Hawkeye, Loki and The Falcon and The Winter Soldier. There is also fan chatter that the MCU is in decline, especially now that The Avengers aren’t avenging anymore.

But the studio that turned WandaVision into a serene salutation of family values and maternal shelter must never be underestimated. In fact, the MCU has thrown everything at Moon Night — even if some think it may be a bit too much.

UPROXX senior entertainment writer Mike Ryan, while interviewing MCU debut director Mohamed Diab, questioned the mix of themes on display in Moon Knight. “Moon Knight is a very complicated show. One that, on paper, probably shouldn’t work. A show that dabbles in horror, comedy, adventure, and a serious discussion about dissociative identity disorder,” he writes.

It takes a monumental effort from actor and executive producer Oscar Isaac to makes sense of the first couple of episodes that serve as story and character introductions. He plays a nervous London museum geek Steven Grant, but at the same time also plays Mark Spector, a highly trained mercenary figure. Isaac is frequently acting against himself in scenes and even brought in his look-alike brother to act with him and help him through the juggling act.

Don’t forget the Egyptian moon god Khonshu, with the booming voice of F. Murray Abraham, who is controlling Mark and now Steven. And that Mark also sometimes becomes the entity known as Moon Knight.

Fighting all of them is Ethan Hawk in the form of Arthur Harrow, who wants to awaken the Egyptian demon goddess Ammit. Grant must temporarily let Spector — and Khonshu — take the reins.

Add in a location jump from London in the first two episodes to Egypt where Steven and Marc’s enemies converge upon them. They must navigate their complex identities while thrust into a deadly mystery among the powerful gods of ancient Egypt.

In anyone else’s hands, other than Marvel’s, this could have gone south very quickly. Even UPROXX’s Ryan confesses his initial misgivings about the show, “Even writing this out is confusing and I’m still a bit dumbfounded that this series doesn’t just work, but is excellent.”

And work it does. In fact, the first episode is a supremely paced, acted, laugh out loud treat through the important exposition needed to get you up to speed. Isaac should be congratulated for keeping it all together and it’s the best the MCU has been for a while.

But The Wrap wasn’t underestimating how hard it is for a new MCU director to introduce a completely new Marvel comic hero. Drew Taylor, writing for The Wrap, asked Diab just the right question: “You had to cover all this ground including having to introduce a new character to the MCU that is very tonally different than anything we’ve seen before. Could you talk about what that was like?”

Diab wasn’t shying away from the task at hand. “Marvel had an intention of pushing the envelope,” he said. “Hiring someone like me, they took a risk. And I used every opportunity that I had to push as much as I can, be as brutal as I can. Again, for the story, not as a gimmick, and for the drama to get dark as possible, for the look to be different.”

Moon Knight had no connection to what had gone before in the MCU. There are no references, so it was a “standalone” as far as the way it looked. “A lot of people are giving me the comment that when they see the pilot, if there was no Marvel logo, you wouldn’t know that this is a Marvel show, which is something I’m so proud of.”

But apart from being Egyptian, Diab’s legitimacy for directing most of Moon Knight’s six episodes wasn’t originally clear. The writer-director was known for his hard-hitting dramas in his native country. The Hollywood Reporter filled in his achievements up to the point of the unexpected call from Marvel.

“Having made a name for himself as writer of 2007’s The Island, one of the highest-grossing Egyptian films of all time, followed three years later by his directorial debut, Cairo 678, Diab hit new heights in 2016 when he opened Cannes’ Un Certain Regard with Clash.”

Set during the Egyptian revolution of 2013, Clash features a story that unfolds entirely in the back of a police van as deadly protests rage outside.

“The film was widely praised throughout the world for its efforts to humanize all sides of the conflict. But following the success, its deeply sensitive subject matter would lead to a coordinated pushback in Egypt against both the film and filmmaker.” 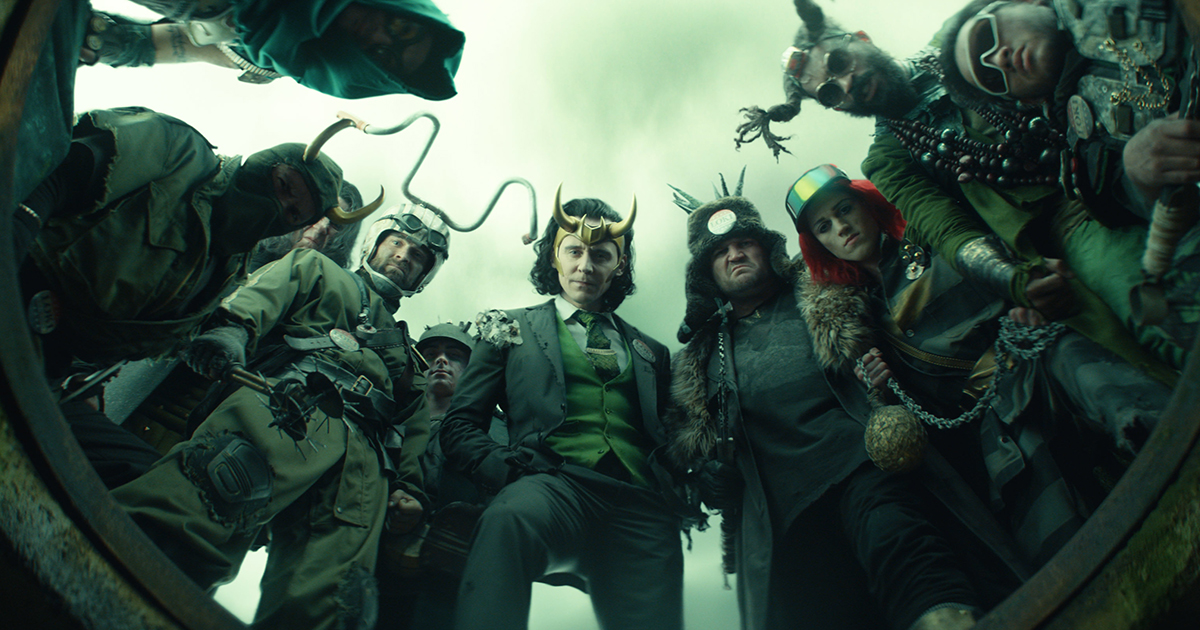 Mischief Making: The LOOK OF “Loki”

Looking to focus on the American market, Diab moved to the US soon after, and was contacted by Marvel just a couple of years after arriving in Michigan, where he was living with relatives. A 200-page pitch he and his wife Sarah Goher wrote sealed the deal for the new show.

Diab’s vision of bringing the flavor of Egypt into Moon Knight was a driving force from the start. He had publicly exposed the film Wonder Woman 1984 and Dwayne Johnson’s forthcoming Black Adam for their depictions of Egypt, as Ryan noted at UPROXX.

Ironically, Moon Knight was entirely filmed in large-scale practical sets on soundstages at Origo Studios in Budapest, Hungary. No shooting in London and none in Egypt. Diab, however, was happy with how Marvel recreated Cairo for the show. “Marvel really gave me everything that I dreamed of to create Egypt. And I got all the Egyptian extras there. People, some of them were so emotional, told me, ‘I haven’t been in Egypt for five years, and I feel I am there.’ “

In the final analysis, it is the might of the MCU that carries this show home. The extent that the studio goes to add the final gloss to the story is impressive. For instance, production designer Stefania Cella and her team took three months to build some of the main sets, effort that wasn’t lost on the main lead. “What Stefania did with these sets and the production design is just staggering,” Isaac commented. “The reason why it’s so important for me is not because I can feel like I’m really there, but because I see an artist bring their top game.”

As for the naysayers who think the MCU is struggling, Diab has one message for them. “That’s why after 13 years Marvel is [still a] success. When everyone thinks, ‘Okay, this is the year of the superhero fatigue,’ that they know how to reinvent themselves. And I think Moon Knight and the whole world that we created is something that is a testament to that.”

Cinematographer Gregory Middleton, ASC, CSC received a nomination for the 2022 Emmy Award for Outstanding Cinematography for a Limited or Anthology Series or Movie for his work on the firth episode of Moon Knight, “Asylum.”

In an interview with IndieWire’s Erik Adams and Chris O’Falt, Middleton explains how they utilized the ARRI Alexa Mini LF to film the series paired with prime lenses from ARRI’s Signature and Compact ranges:

“The style of cinematography varied as the story progressed, but one style we returned to often was to be close to the first-person experience of Oscar Isaac’s characters. I really liked how the slightly wider focal lengths made his closeups feel very intimate,” he says.

“The Signature primes are quite light which helped our Mini LF be made very mobile for handheld and compact spaces. We occasionally used the Compact series when even smaller profile was needed. The Signatures being very fast (T1.4) was useful as well in certain scenes. Having them all match perfectly was essential for our multiple camera ‘twinning’ scenes and to have multiple units with matching optics on such a large production.”

Want more? Check out this interview with VFX supervisor Sean Faden as he discusses the intensive pre-production planning that went in to creating the conversations where Steven Grant and Marc Spector (both played by Oscar Isaac) talk to each other through mirrors: