Danish director Nicolas Winding Refn says that the characters in his new Netflix series, Copenhagen Cowboy, are a “female evolution” of characters from previous projects such as Drive, Valhalla Rising and Only God Forgives.

So, that could only mean one thing: stylized ultra-violence.

“I’ve done films in the past with a certain type of character that was first played by Mads Mikkelsen in Valhalla Rising on one hand and then Ryan Gosling played him as a driver in Drive and then Vithaya [Pansringarm] played him as a lieutenant in Only God Forgives,” Refn explained during the Venice Film Festival premiere of the series, as reported by Diana Lodderhose at Deadline.

Copenhagen Cowboy is his take on a superhero show. He continued, “So, I was working with Robert Wade and Neal Purvis, on a larger female evolution of that character and then suddenly one night, I was like, ‘Maybe I should try to do a version of it as female and not just one but many.’ And that was the kind of aspiration to do it.”

Dubbed by critics as a neon-noir or acid western, though described by the Danish filmmaker as “poetic neo-noir,” the series, which launched on January 5, revolves around a young heroine called Miu (Angela Bundalovic) on a search for justice after a lifetime of servitude.

“I think that the [superhero] genre, like fairy tales… it’s a reflection of us as a society and it mirrors our desires and it’s our fantasies and it’s everything that’s really interesting because it’s heightened reality,” Refn noted.

It’s not for everyone.

“[Y]our enjoyment of Copenhagen Cowboy will go as far as you can tolerate Refn’s visual aesthetic,” Sean Price writes in his review for The Spool. “The primary colors that paint the entire frame with a neon glow, the pulsing Cliff Martinez score, and of course, the Miami Vice font.”

But even Price acknowledges the show’s vibe is not without its virtues.

“There may not be substance behind the style, but it goes a long way when your style includes Cliff Martinez,” whose score he says “does most of the emotional heavy lifting” for Copenhagen Cowboy.

READ MORE: Nicolas Winding Refn returns to Denmark for a surreal journey of revenge in Copenhagen Cowboy (The Spool)

The show is shot in Denmark, is produced by his wife Liv Corfixen, and also features his daughters Lola and Lizzielou Corfixen. It’s also a product of the pandemic and streaming’s content creation boom.

Refn told Deadline‘s Crew Call podcast that he pitched the idea to the newly formed Netflix Nordic when he “really didn’t know how the world was going to turn out.” The Netflix Nordic was sold on the idea of a new narrative borne out The Pusher trilogy, and after a five-month stint with an all female writing team, Copenhagen Cowboy was brought to set.

“We had a great crew and, in a way, there is something very easy about working in the Scandinavian model because we are not so many people and I like that kind of smaller components of productions and so forth. It was just very pleasant.”

In an interview with Anthony D’Alessandro for Deadline, Refn was asked if he ever considered making a mainstream superhero project.

“I’ve always cherished my independence,” he replied. “I think waking up in the morning and going to work and paint the way you want it to look and go home, is still the most satisfying experience ever.

“If you don’t have the power of control at the end of the day or the ability to manipulate into your favor, it is committee. You have to spend your entire day struggling to get a compromise across, then what example am I to my own kids?”

He also added that he thought the studio system is not in good shape, commenting, “Hollywood is very seductive and intoxicating, but it’s also a system that’s falling apart desperately,” Refn said. “And I think they’re doing it to themselves more than anything else.”

Making a Netflix Hit and Surviving for Season 2

A cynic might wonder if Refn’s analysis of Hollywood is in some way influenced by studios that are less apt to write him a blank check for a niche production. The Ringer’s Miles Surrey describes his previous lavish budgets as “a blank check that came out of nowhere and wasn’t necessarily earned.”

Surrey writes, “Whether or not Refn moved to the small screen because he was no longer finding any takers for his feature films, his divisive style is an intriguing fit for the stretched-out length of a TV show.”

None of these comments mean that Surrey is panning the show, however. “This is as challenging as television can get, and while it won’t be everyone’s cup of tea, there’s no denying that Refn is utterly singular in his image making. To appreciate a Refn project like Copenhagen Cowboy is to accept that, sometimes, style wins out over substance.”

But even Netflix and its competitors are getting more ruthless, and it will be interesting to see if the streamer deems the show a success and, therefore, worthy of a second season.

“[T]he way the story leaves off, it’s clear these six chapters have been planned as part of a multi-season arc, should the Netflix gods be feeling generous,” notes The Hollywood Reporter’s Angie Han.

Collider’s Chase Hutchinson is a fan of the unconventional series, who never the less isn’t holding out a lot of hope for continuing Miu’s storyline: “[T]he series is, to be frank, rather unlikely to find the broadest of audiences which is crucial in a ruthless streaming world ruled increasingly by metrics. Still, no matter what happens in the future, the mere presence of such a show is worth celebrating.”

For Refn’s part, it’s clear he hasn’t gone all-in on a streaming-centric model. He told reporters, “I don’t think theatrical [cinema] will ever go away. I think theatrical will always exist, but it needs to be challenged in order to become better, more sufficient and more meaningful.” 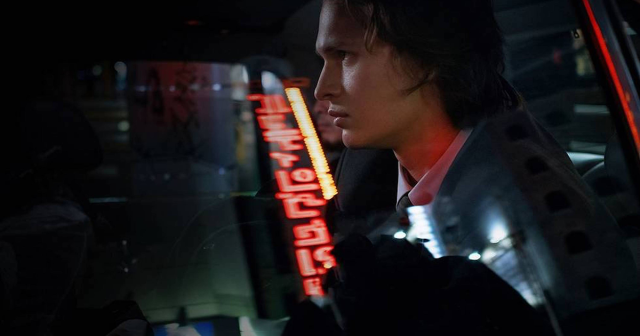 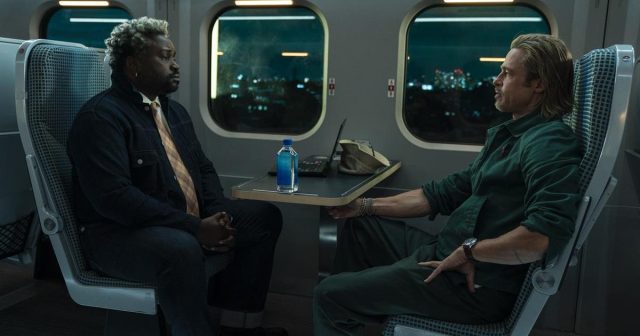 Director David Leitch’s “Bullet Train” is an assassin movie with comedy, action, and an existential question at the center of it all.