The finale of Donald Glover’s FX/Hulu series Atlanta proved divisive for critics. There’s universal agreement that the show scaled great heights, but the extent of its legacy seems ambiguous.

Perhaps that’s just how Glover and his co-creator brother Stephen would want it. The finale nods toward Inception with a “what just happened?” ending.

“Everything has felt so dream-like in Atlanta anyway,” writer and executive producer Stephen Glover told Deadline’s Katie Campione. “[Whether it’s] real or fake, it all feels real to you anyway. I think that’s just the idea that we walked away with.”

READ MORE: ‘Atlanta’ EP Stephen Glover On The Series’ Legacy And Whether The Final Episode Was All A Dream (Deadline)

READ IT ON AMPLIFY: How “Atlanta” Is “Everywhere and Nowhere”

“I hope it’s a Rorschach test!” Hiro Murai, the show’s director, said to Joy Press at Vanity Fair. “I think people are going to take it with different levels of seriousness.”

Atlanta debuted in 2016 and went on to win six Emmys. The show is about a local rapper named Paper Boi (Brian Tyree Henry) trying to make it with help from his cousin-manager Earn (Donald Glover) and stoner sidekick Darius (LaKeith Stanfield).

The first season was wildly acclaimed, followed by the second, which cemented its reputation for fearlessly combining surrealism horror comedy and cultural critique.

COVID intervened, putting back production on Season 3. The Glovers decided not to repeat the same formula and come out of a different box, relocating some of the characters away from Atlanta to Europe. Campione comments that the fourth season recaptured the buzz and the series finale, “It Was All a Dream,” makes a partial return to the original spirit of the series.

READ IT ON AMPLIFY: “Station Eleven” or How I Learned to Stop Worrying and Love the Apocalypse

“Wrapping up a whole series in a single episode is always hard, always polarizing,” Murai told Variety’s Selome Hailu. “We’re always living in this semi-heightened dream state, not that the finale tells you explicitly whether it is a dream or not.”

The show “specialized in leaving indelible, discordant images in the minds of its audience, like a television stuck between channels,” Niela Orr at The New York Times writes. “The finale was no different.”

As much as the show is obsessed with existential angst, you can’t escape its particular cultural gaze. It’s scripted and created by two guys who grew up in Atlanta “in a very Black neighborhood, and a lot of that stuff is presented very matter-of-factly — it’s not presented for white viewers, and it is put in there without any ceremony or explanation,” Murai tells Press.

Stephen Glover’s initial strategy had been to “Trojan-horse FX,”  — the show’s network — by staying vague about what he planned to produce, he told the NYT. “If I told them what I really wanted to do, it wouldn’t have gotten made.”

For instance, Season 4 featured a documentary-style episode on the history of Disney’s A Goofy Movie, “perhaps the Blackest animated movie ever made” Vulture’s Sam Sanders observes.

“Paper Boi’s struggle is very synonymous with a lot of Black people’s experience. Even though we’re not all rappers, we’re not all from the hood; everybody understands that story.”

READ MORE: Atlanta Wasn’t for Everyone: Stephen Glover on testing the boundaries of television as his (and his brother’s) show signs off. (Vulture)

In the past, many Black television series “dressed for success, overexplaining references, watering down jokes or building cozy versions of Black life to ensure their characters were watched in large numbers, even if they weren’t truly recognized,” Orr says.

“Glover’s TV masterpiece, aided by the specialization of the prestige TV and streaming eras, was different: understated, obsessed with the in-joke, the nod between familiars.”

READ MORE: The End of ‘Atlanta’ Changes Everything (The New York Times)

Murai is not Black, and several interviewers pick up on this as if it made a difference. He is currently one of television’s most in-demand figures. He is an executive producer on Station Eleven and The Bear. He’s currently working on Glover’s upcoming Amazon series Mr. & Mrs. Smith, as well as developing his own projects.

“It certainly helps that I’ve been working with Donald for 10 years at this point,” he told Hailu. “The show is built on the experiences of Donald and his Stephen growing up in Atlanta. I’m acting as a tour guide to their hyper-specific experience of living in the city you know. It’s a strange role, depicting somebody else’s memory.”

READ MORE: ‘Atlanta’ Director Hiro Murai on Darius’ Backstory, the Danger of Popeyes Sandwiches and Being ‘Contrarian’ in the Series Finale (Variety)

Atlanta — the city itself — was ultimately depicted across the series as “a booming and multifarious city at the center of America’s culture industry,” Variety’s Daniel D’Addario writes, “where the potential for tragedy or sudden violence or an expression of pain hung intriguingly in the air.”

Maybe Atlanta was most itself when acting as a sort of anthology series, he suggests, “drawing upon the collective bad dreams endured by Black Americans in the 21st century and spinning them in endless new directions. But that also means that it’s a show that can lack a center.

Critiquing its various decisions ultimately feels beyond the point, D’Addario concludes. “Atlanta seems more than most series precisely like the thing its creators wanted to make, both in its virtuosity and its moments of overreach… Even as it frustrated me, Atlanta showed a new way for this art form to look and feel.”

READ MORE: Why ‘Atlanta’ Was a Frustrating, Genius Work of TV Art (Variety)

Related Article
How “Atlanta” Is “Everywhere and Nowhere” 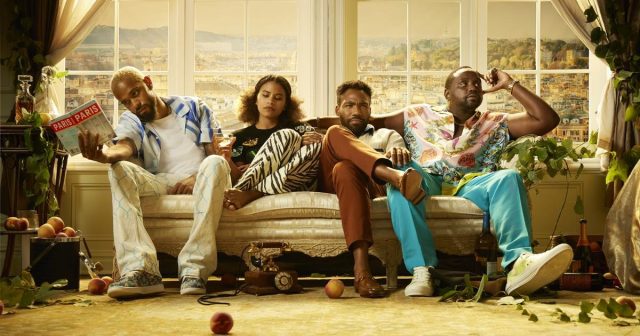 Donald and Stephen Glover bring season 3 of “Atlanta” to FX and Hulu in what critics call “a true American masterpiece.”