The first history of the streaming wars has been written and it’s as compelling a tale of boardroom arrogance as you could wish for in the era of Succession or Game of Thrones.

Veteran media reporters Dade Hayes (Deadline Hollywood) and Dawn Chmielewski (Reuters), authors of the book, Binge Times: Inside Hollywood’s Furious Billion-Dollar Battle to Take Down Netflix, explores the business models and personalities behind the companies aiming to build, prosper, and even dominate the world of streaming video.

Among the big names interviewed for the book is Reed Hastings, co-founder and co-CEO of Netflix, who candidly discusses the competition from Disney to WarnerMedia, “calling them out and citing competition at the top of their list,” whereas a few years ago Netflix’ competition “was listed as video games than sleep.”

“The story of Netflix is inherently hubristic,” says Hayes, revealing the backstory to the book in a keynote conversation at the 2022 NAB Show. “I did come away with a mix of feelings, a prevailing sense of admiration for what they’ve accomplished. In 2000, Reed took a flyer on hiring Ted Sarandos, who was working in the video business but had nothing to do with the tech world at that time. He basically gave Ted the reins and said scale our content business. And you got to say it’s pretty remarkable that he achieved what he achieved wherever it’s going from here.

Watch the NAB Show panel below:

“But as I interpret it, there’s some hubris there. Definitely a preciousness to [what] they believe to their core is the best way to run a company.”

The arrival of studio streamers during the pandemic has changed their minds: “It’s kind of squeezing them a bit,” says Hayes.

Although Netflix has been cut down to size to a degree by incoming competition (not without schadenfreude in Hollywood), the wider point is that this resetting is not the result of some inherent problem in the Netflix business model.

“It’s sort of like, ‘What was so wrong about our belief in the universe of streaming?’ I really think because the total available market for streaming was talked about literally being a billion households. Netflix have 222 million subscribers [but] they thought they could go as high as a billion in years to come given broadband penetration. 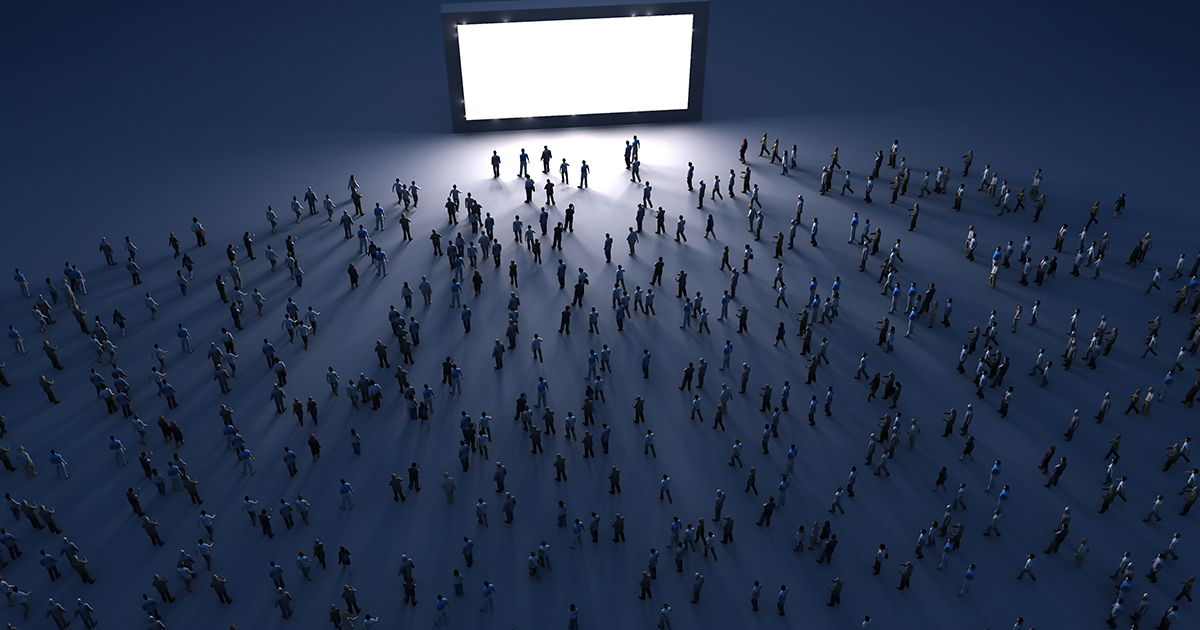 How Does/Will Streaming Impact the TV and Video Marketplace?

“Now we know that the streaming universe is a lot lower than analysts predicted, maybe closer to 400 million. The ceiling shrinking on Netflix but also for HBO Max Apple TV+, Disney+. Anybody who wants to be global has to reckon with, ‘How good of a business is streaming?’ ”

Hollywood and broadcasters, Hayes explains, felt a kind of “jealousy factor” related to the former upstart that was so effectively monetizing content others created and capturing sticky audiences. Others jumping on the streaming bandwagon can be attributed, according to Hayes, as “a mix of… wounded pride and the desire for data.”

Also interviewed is AT&T CEO John T. Stankey, who greenlit HBO Max while still offering HBO Now and HBO Go. Stankey apparently reconciled the idea of the new offering — in theory a competitor to an existing, moderately successful product — by chalking it up to an IQ test with pricing and content offerings the only questions. Stankey said that “the customer should be able to pass the IQ test and figure out, well, ‘Hey, if they’re both the same price, why wouldn’t I get HBO Max, which has so much more on there?’” and said it without cracking a smile.

Analysts have long predicted that there’s a ceiling for either the price point of individual subscriptions or the number of services they will see as reasonable to pay for. But companies like WarnerMedia have gotten around that with tiered pricing models or by joining forces to create gargantuan libraries that rival cable offerings. 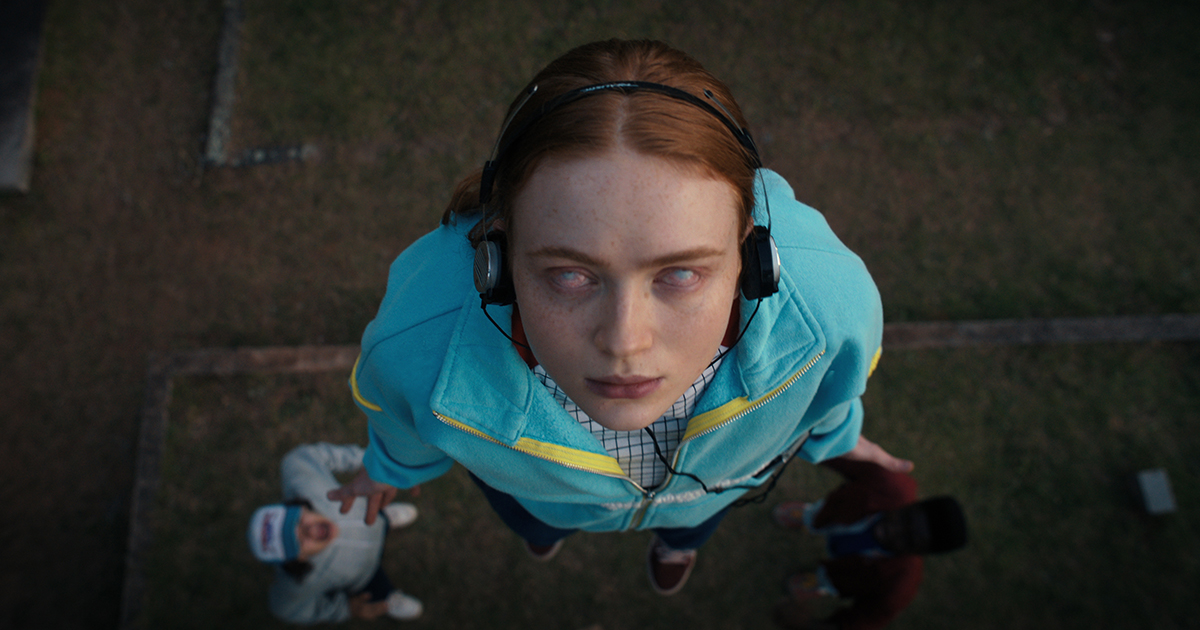 Hayes says the sweet spot may still land around $8-10 per month per subscription, but advertising is becoming an accepted part of streaming video again in some arenas.

“Ad-free premium channels can coexist with the major broadcasters, local stations, cable networks that are ad supported. After all, it seems very unlikely that $70 billion TV ad bundle doesn’t in some form or fashion migrate to streaming.”

The book covers the main players like NBCU’s Peacock and Paramount, as well as Quibi, the short-lived mobile-only platform founded by Jeffrey Katzenberg.

“I have to say we wavered quite a bit on Quibi. Just because it was a startup, venture funded, it wasn’t a component of an existing company. It sort of had different traits. But I think ultimately we decided that it belonged because of Katzenberg and Meg Whitman, who ran it as CEO, and who had a long pedigree in Silicon Valley. It was this idea that you could kind of will into being a streaming entity. And, you know, it lasted a lot longer than CNN+.”

What struck moderator Daniel Frankel about the book was just how many winners and losers there have been among people who perhaps should have known better. You can call it hubris — and Hayes does.

“You can come out on the wrong side of history with the best intentions. I mean, Jeffrey Katzenberg is the guy who has made a career out that being really right. He had Shrek and an uncanny string of hits. Then he takes this bold swing, that doesn’t work. Maybe there’s some hubris involved, maybe he doesn’t look at things like Go90 [Verizon’s failed mobile only app]. So, there’s criticism to be had. I mean, it’s really hard to do [to build a streaming business].”

He adds, “You can still watch Quibi, by the way, on the Roku channel. I’m not trying to plug it but I’m just saying it’s an interesting legacy.”

One conclusion is that streamers need a combination of creative talent to build great content and engineering expertise to build a great streaming product. It’s why Disney acquired the MLB’s BAMtech years before launching Disney+ but on which the streaming service is based.

“It’s why big tech (like Amazon) are hiring creatives away from the traditional studios and the studios are trying to hire the tech away from those large players.

“It’s easy to dismiss Netflix, but they’ve got 2,500 engineers getting up every day to work on one app. It’s hard to topple that.”