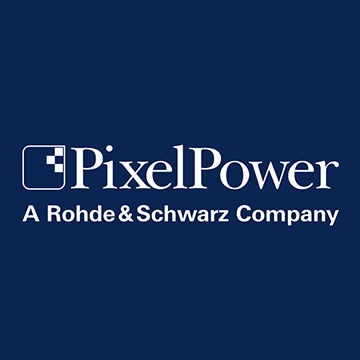 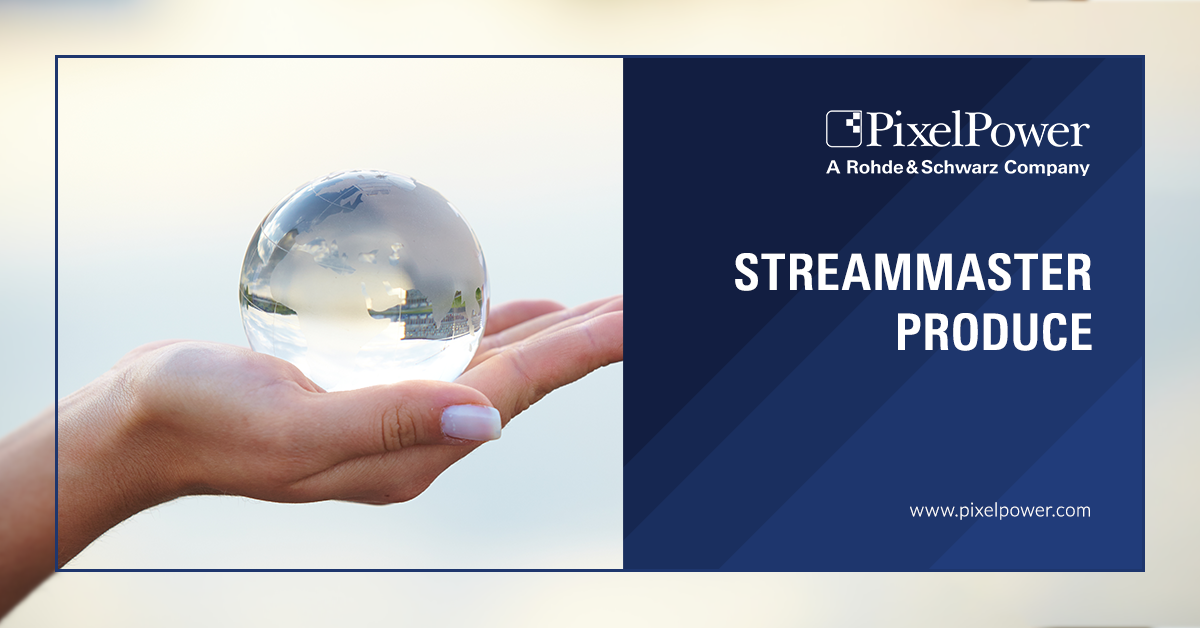 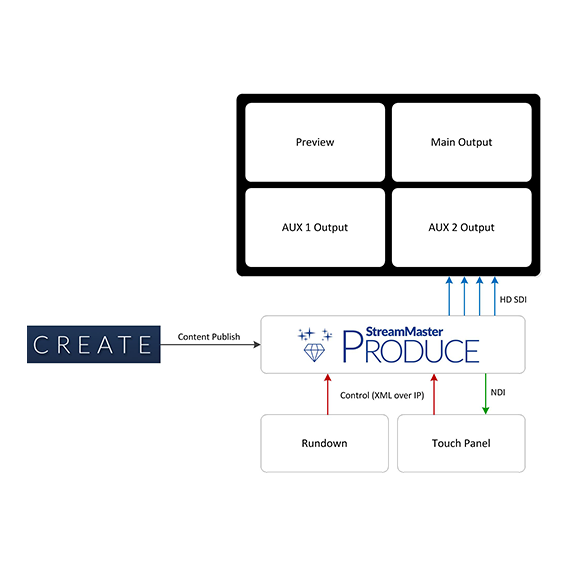 StreamMaster PRODUCE is built on a modular software defined architecture that inherently enables system flexibility. It is codec, resolution and frame rate agnostic, making it futureproof as new codecs and standards can be supported via a simple software update.

StreamMaster PRODUCE can operate as a standalone system or under external automation control and is available with configurable soft and hard panels for manual control for live production applications.

The fully virtualizable architecture means it can incorporate other software defined functions. Subtitling, for example, could be combined with branding graphics for content protection. Updates are straightforward as existing functionality is retained with the licence fee due only for the new feature applied.

StreamMaster PRODUCE is based on 30 years of award winning Pixel Power graphics experience.

A wide range of graphics formats can be played back in real time with no transcoding or conversion. Two types of graphics layer are supported, logo layers and sophisticated template layers, with the number of each controlled through software licencing.

Multiple 3D layers leverage the full power of the 3D graphics engine to create sophisticated, template based graphics. Multiple independent channels of graphics can be controlled from a single operator’s position.

Enabling the transition from current infrastructure, StreamMaster PRODUCE can combine SDI and IP inputs and outputs as well as IP proxy streams and NDI interfaces for low latency monitoring and main/preview outputs.

Automatic up/down conversion of media files is supported according to the channel output format. WAV, AIFF and Broadcast WAV are supported for secondary audio. SDI and IP inputs support industry standard formats and frame rates and StreamMaster PRODUCE will mix formats within a single software instance.

Pixel Power will support the SMPTE ST-2110 uncompressed format in due course and due to the modular software system design new functionality can be developed swiftly and added to customer deployments quickly and easily.

A significant advantage of a software-defined solution is the ability to create new operational benefits such as on-demand usage and pricing models. Individual features can be purchased outright or bought on a pay-as-you-go basis by the quarter or hour. New features, such as NDI, and the relevant licence upgrades can now be added easily and quickly thereby saving time and resources.

Implemented purely in software PRODUCE is virtualizable on-premise, in a data center or in the public cloud.

Flexible, bespoke and modular, the combination of StreamMaster and Gallium offer a powerful suite of software tools to create the precise feature set needed for every individual broadcaster.

Use Opex pricing models to acquire just the exact features you need and only pay for it when you use it. Why pay for 100% of a hardware product when you only use 60% of the time 40% of the time.

Software only playout means you get the advantage of COTS hardware and flexibility of future proof software updates with new features and standards as they evolve.