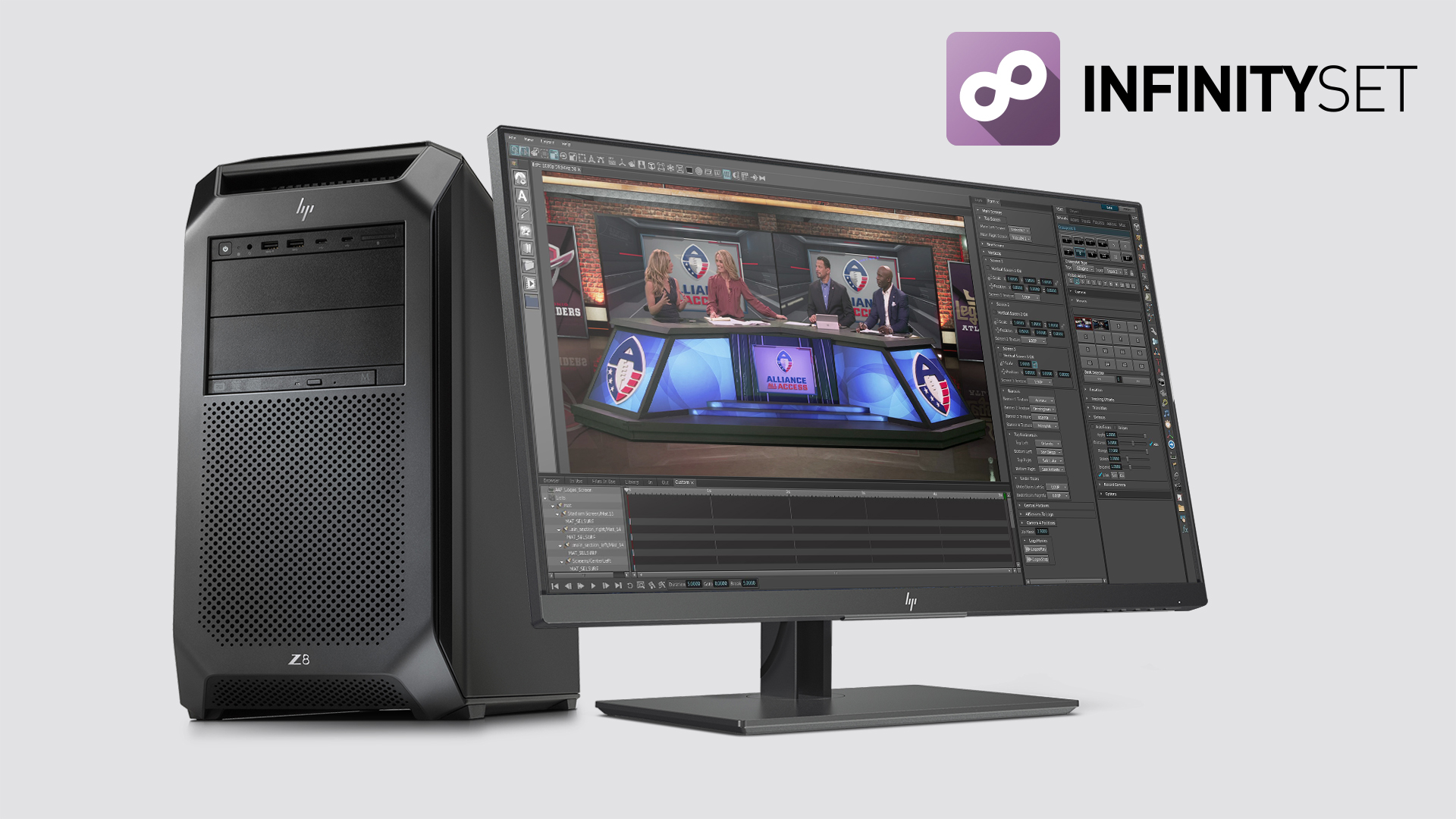 Forget all you know about Virtual Studios. Anything can be accomplished with InfinitySet, from simple virtual sets with fixed cameras to advanced and complex productions involving tracked cameras, external feeds with embedded tracking data and data driven graphics interacting in real-time with the set and the talents. InfinitySet’s advanced technologies are also user-friendly, providing the best tool to create amazing programs that engage viewers.

Brainstorm’s experience of over 25 years in producing advanced 3D graphics and virtual sets is concentrated in InfinitySet, which provides state-of-the-art Augmented Reality features used daily by broadcasters all over the world to create astonishing shows using virtual sets and graphics.

InfinitySet is the all-in-one virtual set and real-time 3D graphics solution, not just for showcasing a number of extremely advanced technologies, but also for the flexibility this solution gives to operators and producers alike. Brainstorm’s award-winning InfinitySet dramatically enhances production value to capture and retain new and larger audiences, while greatly reducing production costs and opening up new sources of revenue.

– InfinitySet is the most advanced virtual set solution thanks to the patented TrackFree technology.

– With advanced compositing features, it allows to create fully realistic real-time 3D scenes with elements that  behave like those of the real world.

– InfinitySet is a complete real-time 3D Graphics tool, as it can embed all the power of Aston within the virtual set environment.

InfinitySet 3 introduced a plethora of high-end, advanced rendering features which, in addition to its Combined Render Engine with Unreal Engine, allow InfinitySet to create the most realistic content for virtual and mixed reality, virtual sets, real-time postproduction and film pre-visualization.

InfinitySet 4, the latest version of the award-winning augmented reality and virtual set solution, gains major updates to the rendering features and especially the management and compatibility with the Unreal Engine. This effectively enhances the way the Combined Render Engine, Brainstorm’s seamless integration between the company’s eStudio render engine and the Unreal Engine, works in practice. Another key development is that InfinitySet now features an Unreal-native behavior, so InfinitySet users can achieve anything Unreal Engine provides in a workflow fully integrated into Unreal. The added value of this configuration is the multitude of benefits of including more than 25 years of Brainstorm’s experience in broadcast and film graphics, virtual set and augmented reality production, including data management, playout workflows, virtual camera detach, multiple simultaneous renders and much more.

InfinitySet fully supports PBR shaders as materials and can also be imported from external shader editing software. In addition, InfinitySet can render HDR in floating 16 bit per channel/component, supporting for P2020 gamma correction output. This allows for post-rendering exposure control and extended-range filtering.

InfinitySet features Brainstorm’s Combined Render Engine, which provides with the best of both worlds, the high-quality scene rendering of Epic Games’ Unreal Engine with the advanced graphics, typography and external data management of the eStudio render engine.

InfinitySet InfinitySet can remotely control and adjust in real-time external light panels and external Chroma Keyer settings, allowing for changing the lighting conditions of the real set to match those of the virtual set, adding further realism and accuracy to the content.

Thanks to the TrackFree technology, InfinitySet can create virtual shadows along with the real shadows extracted from the chroma keyer, and apply then to virtual surfaces. InfinitySet can also adjust the focus and depth of field of a scene, even within the Combined Render Engine.

Set space restrictions are no longer a problem, because, regardless the camera we are shooting is fixed, manned, tracked or robotized, InfinitySet can seamlessly detach the camera feed while maintaining the correct position and perspective of the talent within the virtual scene.

Broadcast graphics have specific requirements that are far beyond from what a Game Engine can do.

With the Combined Render Engine Brainstorm makes both engines work together, so adding Aston graphics as Augmented Reality objects as required within the scene is simple and straight forward.

Also, broadcast graphics workflows require external database connections, statistics, tickers, social media, lower-thirds, such a variety of graphics that are alien to the Game Engine framework but are essential for broadcast operation.

TrackFree is a patented camera-tracking independent technology that provides just what its name claims: the total freedom for operators to use any tracking system, trackless or fixed cameras, or a combination of these at the same time.

Allows for combined Chroma Keying, even within the same production:

InfinitySet automatically creates an secondary key for feet tracking, independent from the main one. This key permits the calculation of the talent’s feet position for the FreeWalking feature and for creating virtual shadows and reflections.

InfinitySet allows the incorporation of external post-production tracking hardware and software data along with real-time tracking data, combining both with any object or set on the scene. Also, external tracking data coming from real cameras or third-party tracking software can be included as metadata in live feeds or pre-recorded videos, and immediately be transferred and applied to the virtual camera’s parameters.

Converts the talent into a 3D object, achieved by generating a true 3D representation of the talent from a video feed. The presenter becomes an actual 3D object embedded within the virtual set. 3D Presenter features:

Enables talents to move freely around the green screen theatre matching their movements within the 3D space. Presenters are allowed to move forward, backwards and sideways with precise perspective matching even though the real camera is in a fixed position.

Allows the triggering of events and animations just with the simple movement of the bare hands.

HandsTracking brings gestures to life, so presenters can trigger animations, graphics or data with a simple movement of the hands and without the need for any additional costly and complex tracking devices.

InfinitySet 3 includes a number of advanced features which improve the realism of the final composition, while allow for the seamless integration between virtual and real content.

Thanks to VideoGate, a presenter in the virtual set can walk into a virtual screen, into the featured news, and be part of the video itself with full realism regardless it is shown full screen or as part of the set.

The talent enters and exits the video with full precise and accurately matched perspective, and once inside the clip it behaves correctly in terms of spatial reference and with the inclusion of realistic shadows, defocus etc.

InfinitySet can use real, live or pre-recorded footage to use it as the background for the chroma keyed talent. The original stage can be recorded in pre-determined shots, and the chroma keyed talent that is recorded in a remote station can then use the original studio’s shots, including its tracking data if available, to be tele-transported to that set, therefore seeming they are placed physically on that set.

This functionality allows a remote talent to enter any stage at any time, while seamlessly mixing real and virtual elements.

Brainstorm’s VideoCAVE feature is a Mixed Reality application which uses monitors on a real set to behave as a CAVE multiple window, with virtual elements coming in from the virtual windows to the real scene as seen from the tracked broadcast camera.

The CAVE concept is the acronym of “Cave Automatic Virtual Environment”, and is related to a multiple virtual window, an immersive virtual reality environment where projections are directed to a cube or room space.

InfinitySet can even match the depth-of-field of the presenter with that of the scene.

Using the real camera’s parameters, InfinitySet is able to create a selective defocus and bokeh effects on the virtual scene adding an even more realistic effect to the final rendered composition.

As much Augmented Reality content requires advanced graphics features to guarantee the accuracy and realism of the result, InfinitySet includes graphics editing and creation features of Aston, so it can edit, manage and create 2D/3D motion graphics.

Also, Aston compositions, can be included, controlled and edited within InfinitySet allowing for the creation of great quality programs with enhanced information.

InfinitySet features a software-based Production Mixer Mode for enhanced production functionality such as full control of all the virtual cameras, with non-linear transitions such as Cut-Fade-Wipes and Flies between 3D cameras, plus controlling actions and objects.

This hardware, also used by other Brainstorm solutions, is designed to further enhance the live production capabilities of InfinitySet, allowing full control of cameras, transitions, actions and objects.

InfinitySet is delivered as a complete, turnkey system ready to use, fully and immediately integrable in any broadcaster’s workflow. Using standard broadcast plus complete IT connectivity, all Brainstorm products are prepared to work at its best since day one. 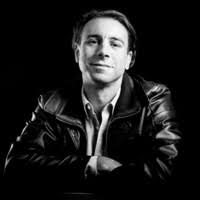 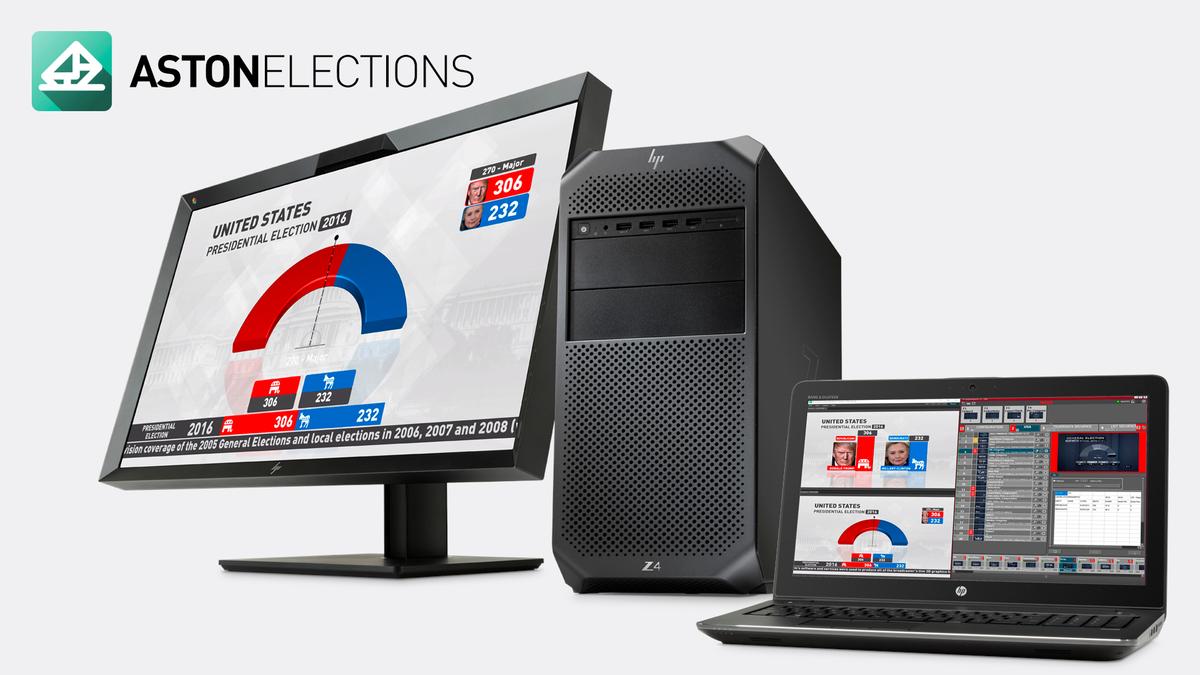 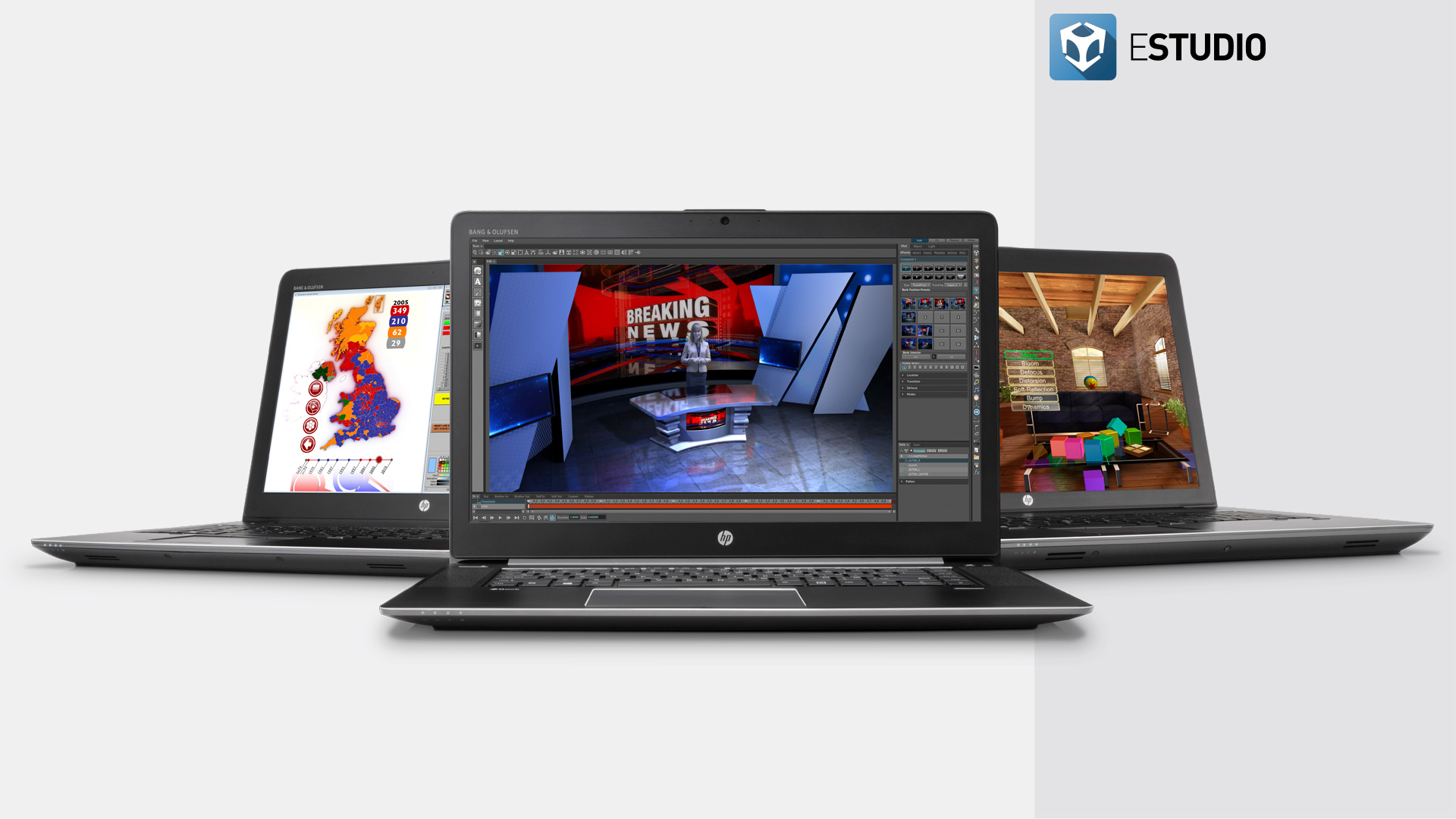 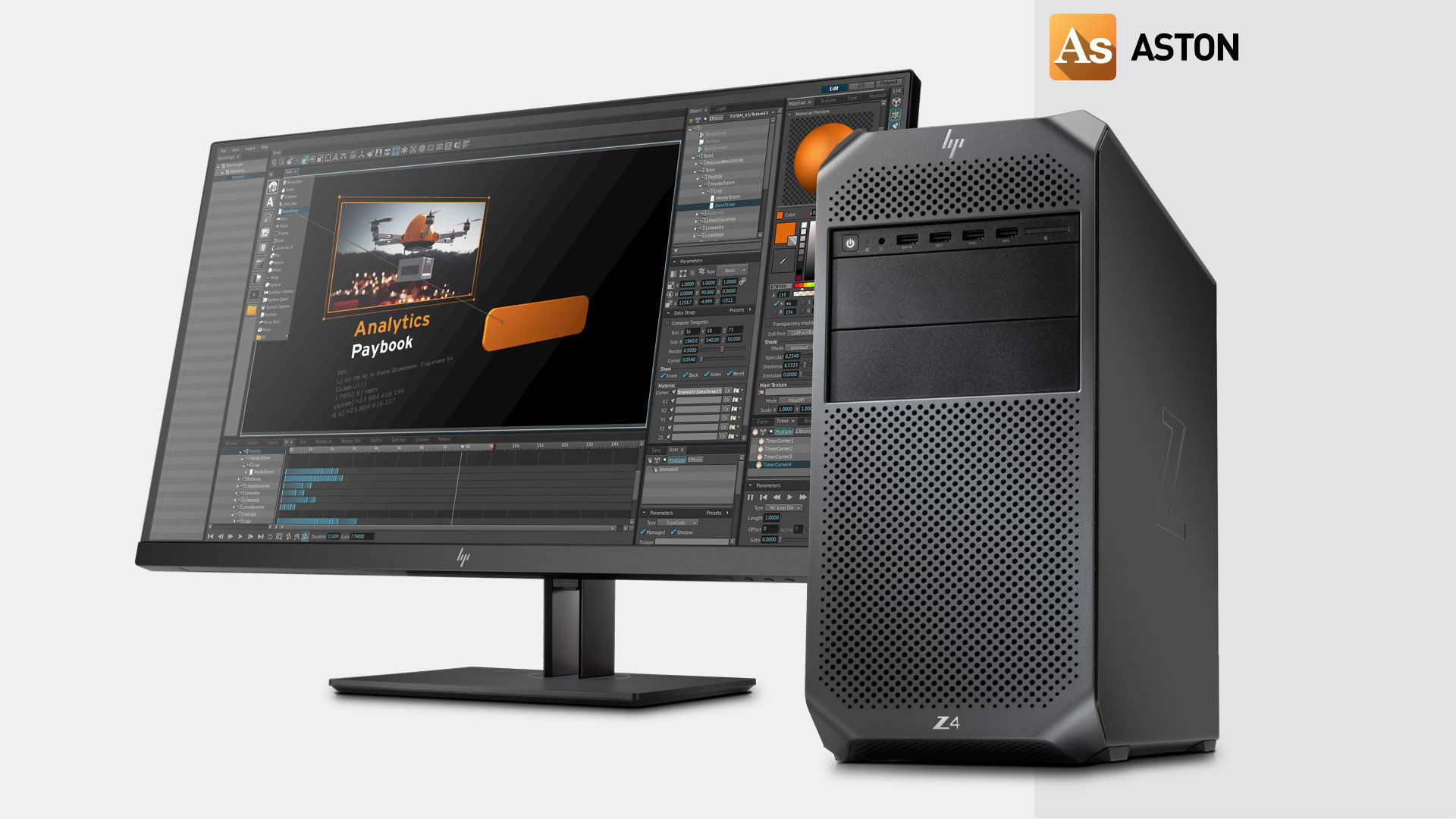