The crowd pleasing Fast & Furious franchise reaches its Moonraker period when a Pontiac Fiero strapped to a rocket engine targets and destroys a satellite in space.

Over-the-top stunts like this have become the hallmark of the series, which is why it was even more important to director Justin Lin to ground the spectacle of F9 by shooting in-camera effects as much as possible.

The rocket scene, for instance, contained remarkably few visual effects compared to some other set pieces in the film, with Lin even seeking advice from NASA about the “fuel and physics” of such an event happening for real.

“Even for the most ridiculous, physics-defying scene, I want to make sure we do it practically so that by the time we go to post, I won’t be sitting there debating what’s real,” Lin told postPerspective. “I want to have a point of reference, and that becomes part of the process so that we use our practical footage to enhance — or at the very least, use it as context in our talks.”

For the opening car chase through a jungle, the team built a half mile section of road out of decomposed granite on location in Thailand — and detonated dozens of explosions underneath the vehicles.

The seemingly impossible leap across a ravine on a rope swing was filmed in a quarry with a 70-foot drop off to imitate the cliff’s edge. On that edge they recreated the end of the rickety wooden bridge as well as a steep ramp. A stunt car was filmed making the 70-foot leap with the camera positioned to hide the relative brevity of the drop. The swing itself is CGI but the swing and landing still needed to try to follow the rules of physics, so stunt coordinator Andy Gill conducted a toy car test. He actually plans stunts using toy cars and for this he tied a model car to a string and ran it over a table.

The landing was also filmed using a real car with cables strategically placed on the hood and around the back wheels to first flip the car and then stop it on its mark.

The climactic action on the streets of Tiblisi, Georgia is another meticulously crafted blend of practical effects and CGI. This sequence features super-powered magnets that, when activated, can flip enormous army trucks, or yank a car right through a building.

It took nearly a year to bring this chase to life, with four months dedicated to custom building two versions of the 14-foot-high, 26-ton three-section armored truck “Armadillo” — one for driving it like a normal truck another for making it drivable when turned upside down.

Washing machines and other appliances are actually flipped using high powered compressed air in tubes the “magnet” catches them. They smash through shop windows, carefully placed and timed to avoid extras. Similarly, entire cars are flipped into the path of the Armadillo using hydraulic pads.

The VFX here are “invisible” and include extensive digital extensions of the city landscape and surrounding construction sites. Elaborate crowd and background techniques were created to give the streets a busier feel and to add to the chaos.

Lead vendor DNEG says that its traffic controls and crowd management systems leave the backgrounds with “true-to-life city street behaviors, and allow for the main action to interact with the surroundings realistically.” DNEG also modeled many additional vehicles for this scene.

“I didn’t want to sit there in a dark room talking about what I think a magnet can do, versus [what] Peter Chiang [thinks they can do], versus a 100 [VFX] artists I have in another continent,” Lin says in the Indiewire “Toolkit” podcast episode, “F9: How Justin Lin Unifies Practical Stunts, VFX, Cast.”

“I want to make sure that whatever we did, as crazy as it might sound, like let’s just launch the car through the building, so whatever conversation we’re having, we’re not talking in theory, we’re reacting to something.”

Also in this sequence is a four-second clip in which the magnet propels a car at speed from the street through a shop and into the back of a truck.

Justin Lin’s tweet includes a video explaining the shot took eight months of prep, four days of production and three cars destroyed. It included building a track to propel the car through the shop and programming two motion-controlled cameras to sync the car into the truck.

One 4 second shot in #F9. 8 months of prep. 4 days of production. 3 cars destroyed. Work from over a hundred of the most dedicated and talented crew. Best job in the world! pic.twitter.com/QK4wNYvAhE

He says, “We see cars everyday so anytime you go to a kind of CG option if you’re off by a tiny bit the brain knows it’s not real.”

Nonetheless, F9: The Fast Saga relies on VFX more than any other in the $5 billion franchise.

On board — shall we say, part of the family — for its fifth contribution to the nine feature series is VFX powerhouse DNEG. The facility delivered 2,185 shots across 51 sequences with DNEG VFX Supervisor Dan Rauchwerger andVFX Senior Producer Carlos Ciudad under command of overall Production VFX Supervisor Peter Chiang.

Other shot vendors include ILM, Stereo D and Factory VFX. Character and LIDAR scanning was by Clear Angle Studios and Cyber, with additional LIDAR scanning by Gentle Giant Studios. Visualization services were by Proof.

The most extensive VFX work was on actually on digi-doubles for Vin Diesel and his crew. For F9, the facility overhauled its pipeline, upgraded facial modelling, surfacing and in-house topology. As part of the VFX early development work for the show, it also established an in-house muscle archetype to provide physically plausible deformation.

DNEG claims its work here has resulted in its most photorealistic digi-doubles and challenges audiences to tell which is the fake Dominic Toretto from the real one.

“Switching up simulation framework for Cloth and Hair also played an important role in this upgrade, and increased the stability and volume of simulations we can deliver,” the facility says. “The audience is left unaware of the face and body modifications used to match the stunt double to Vin Diesel’s stature and build.”

The digi-doubles feature in the jungle sequences which also required large-scale environment work to create the CG landscape and a plane crash site.

When the film’s heroes find an underwater bunker hidden in the ocean, DNEG blended CG with the stunt work where stunt doubles are swapped out for the digi-doubles and animation is used to enhance the performance.

The bulk of the VFX modeling is directed at creating several showrooms worth of vehicles from fully kitted out Jeep Gladiators to shiny Vespas. DNEG built a tool to automatically rig background cars and streamlined the car-rig set up. The efficiency this created allowed its animators to work with more exacting suspension modes for each vehicle as well as more accurate motion results. So, as the terrain changes from jungle dirt track to city highway, the team could create car animations that interacted with the ground accurately.

DNEG also wrote an iPad App specifically for F9 that allowed Lin and DP Stephen Windon, ACS to visualize the environment of a scene in 360-degrees and adjust the shot according to the ideal sun position. This proprietary tool aided the environment capture and lighting of some of the most epic high-speed scenes in the film.

Speaking with Ian Failes at Befores & Afters, VFX supervisor Peter Chiang detailed the visual effects created for F9, including his approach to plate shoots, which he calls a “big part of the Fast & Furious films.”

For many of the larger sequences in the film, production took place in Tbilisi, Georgia, as well as Thailand. “None of the actors went to those locations,” Chiang recounts. “They did shoot scenes in Edinburgh, and they did driving in Los Angeles as well. Right from the outset we said, ‘Okay, the actors aren’t going to go on this, so what are the tools that we’ve got in order to do that?’”

This made the plates “really, really important,” Chiang notes. “What we ultimately used was a 360 degree camera array to shoot with and that would give us our background plates to composite our actors into. For example, if we just take the scene in Thailand, which has all those off-road vehicles.”

To help streamline the 2D compositing process, Chiang and his team wanted to deliver static plates that were “as smooth as possible,” he says, so they could match the movement of the plates during green screen shoots. “However, we also want to emulate what the terrain was in the location,” he continues:

Chiang and his team worked closely with second unit director Spiro Razatos to shoot VFX plates with lighting that matched the footage with the actors:

One major complication is that the array height changes for different vehicles, as Chiang describes. “The array height is different for a Dodge Charger, to Tej’s vehicle, to the motorbike, to everything,” he says, adding:

“And then a further complication to that is that the array plate needs to be stabilized. You can’t get a 360 degree, eight camera array stabilized. We had to split it up. I figured that most of the time we would be looking at the drivers. So we had five cameras at the back of a stabilized head, and then we had three cameras at the front that were stabilized. And then we had the shortest vehicle possible, because you want to try and link the cars up together so that they’re 360 degrees. And then we also designed the ability to be able to move those cameras to different heights in order to cover all of the vehicles.”

“We had a huge amount of VFX shots and so much post work that we had to start on it all very early,” says Lin. “Another big challenge is that our post budget was only a half or third of what other big-budget movies have, and as the franchise has grown that’s put a lot of demands on our post schedule. That’s why we had three editors. But I also feel that if we have too much time in post, we could lose that momentum, so it’s finding that sweet spot in between not enough and too much time.”

The editors were cutting previz a full year before principal photography, while the previz team was on board all the way through postviz.

“VFX only really work if they’re designed correctly, so that’s why I bring all the editors on so early,” Lin adds. “They’re there while I’m designing them with Peter Chiang, the VFX team, our DP, production designer and so on. That’s crucial. My approach is they all need a point of reference, so every shot originates practically.”

Company 3 colorist Andre Rivas was also part of the conversation about integrating the VFX shots. “It’s not the traditional last piece of post for me,” Lin says. “It’s an ongoing part of the whole post process.”

The whole effort is intended to root the action in some reality even when it is at its most extreme.

“When two elements interact it almost defies physics,” Lin explains on the IndieWire podcast. “You can’t mathematically predict it because there are so many variables and there’s something very visceral about that which we connect to.” 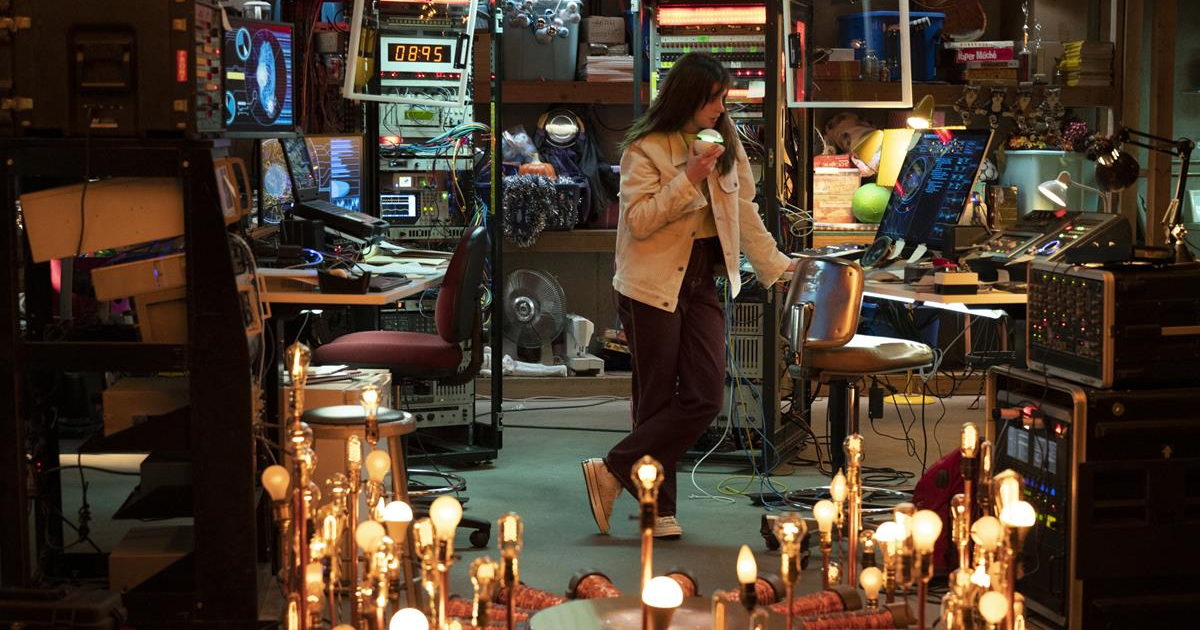 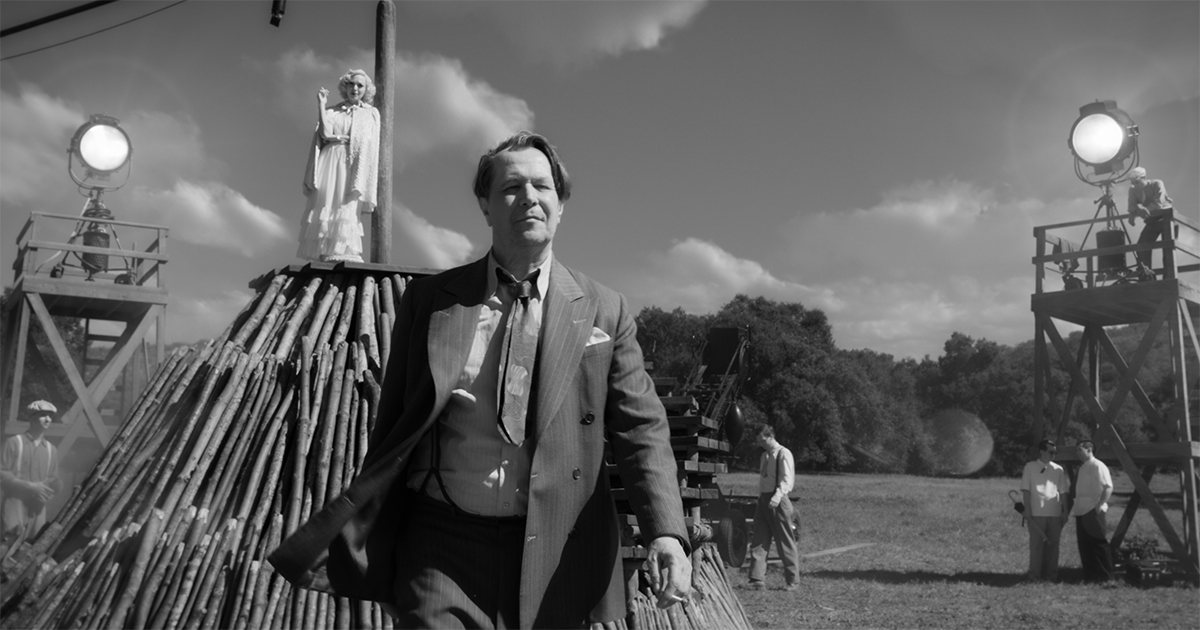 Sense of Place: The Color and VFX for “Mare of Easttown”