Alejandro González Iñárritu likes to say that he made Bardo with his eyes closed.

“Basically, all the other films I have made with my eyes open, and whatever it made me feel, I was relating to a reality that I saw on the outside,” he tells Patrick Brzeski in an interview for The Hollywood Reporter. “With this film, basically, the process was, I had the need to close my eyes. When you close your eyes, obviously, then you look inward — and that’s a much more complex territory.”

Bardo has been described as many things, but subtle and shy are not two of them. This is an “epic, phantasmagoric comedy drama,” says Brzeski. It’s a personal odyssey through the mind and memory of the Mexican auteur and, by extension, Mexican history.

READ MORE: Alejandro González Iñárritu on ‘Bardo’: “The Most Challenging Filmmaking I Have Ever Done” (The Hollywood Reporter)

Even the full title, Bardo, False Chronicle of a Handful of Truths, strains for the magical realism of fact blurred with fiction and the genre that grew out of Latin America.

Produced by Netflix, and co-written by Iñárritu and Nicolás Giacobone, the film chronicles a renowned Mexican journalist and documentary filmmaker (Daniel Giménez Cacho) who returns home and grapples with his identity, familial relationships, the folly of his memories, and the history of his country. He seeks answers in his past to reconcile who he is in the present.

Iñárritu told the audience at the London Film Festival that he saw the film as an opportunity to challenge established cinematic conventions that he has grown tired of seeing, as Zac Ntim reported in Deadline.

“The essence of cinema is language, and nobody talks about that anymore,” Iñárritu said. “It’s all about the box office. But I like to explore the possibilities of language. And I think this film serves the purpose to liberate from certain conventions that I’m a little bit tired of or not interested in anymore.”

The director had previously played with cinematic language, including lengthy one-take camera moves and overlapping storylines in films including Amores Perros, Babel, Birdman and The Revenant, the latter two landing him back-to-back Oscars for best director.

“I was a little tired of the multi-structure,” he said in London, as reported by Variety’s Greg Wetheratt. “I wanted to see how it felt to make a film about one person. I didn’t know if I’d be able to do it. It was scary to sustain one line of narrative.”

READ MORE: Alejandro González Iñárritu on Re-Cutting ‘Bardo’ Into a ‘Tightened’ Film and Why Some Modern Cinema ‘Lacks Soul’ (Variety)

In this endeavor, Iñárritu is widely noted to be in debt of his cinematographer Darius Khondji. “Bardo, shot in wide-screen 65 millimeter through lenses that seem to warp the edges of the frame, is full of arresting, hallucinatory sequences that linger in the mind long after Silverio’s self-pitying harangues have faded,” A.O. Scott writes in his review for The New York Times.

The director wants us to “surrender to the flow of the film” Iñárritu tells Brzeski, likening his own movie to that of Spanish-Mexican master Luis Buñuel. “It’s a cinematic experience to immerse yourself in. Cinema is a dream being directed, as Buñuel said. If you ask this film for the same structure of the TV series you have been binging, you will be fighting with it. Just go and get lost and forget about the world and yourself for a couple hours.”

Stream of consciousness may have been the intent but putting that on-screen necessitated precise planning.

“The complexity of this film has been the most challenging filmmaking I have ever done in my life,” Iñárritu told Brzeski. “Because every single frame, and every single movement was completely pre-visualized and rehearsed. It was incredibly complex, but it was done with complete control. You become like a doctor who is doing open-heart surgery. You cannot get emotional, you just need to be incredibly effective and pragmatic. The patient can die if you get emotional.”

Among the dichotomies that Bardo examines is his own sense of identity a Mexican who left the country to find success and acclaim over the border in the United States.

“If you stay away from your country for a long time, your state of mind dissolves and changes. That’s what the research for this movie was about,” he said to The Hollywood Reporter in a separate interview with Brzeski and Alex Ritmani. “When you go back to that country, as I did for this movie, it’s like standing in front of a mirror or meeting an old friend. It was like reinterpreting a dream or a memory.”

READ MORE: Venice: Alejandro G. Inarritu on How Returning to Mexico for ‘Bardo’ Was Like “Meeting an Old Friend” (The Hollywood Reporter)

He takes aim at the insularity of American culture, telling Brzeski, “It can be very hard for many Americans to get outside their bubble, because it’s a very self-serving culture.

“You can go anywhere in the world and expect everyone to speak your own language,” he continues, “So, it’s sometimes very difficult for American people to grasp the emotion that we are talking about here. But that’s what I have attempted to do with this film. Even if some people cannot relate to it, I think there are millions of immigrants around the world who know this feeling. It doesn’t matter if you are Mexican or American, or privileged or not. When you lose your roots, this is what it feels like.”

As Scott notes in his review, Bardo is a movie that preempts criticism and strikes back. In the film, at a party, Silverio meets up with Luis, a one-time rival who has become a star of Mexican tabloid television. Luis takes Silverio to task for self-indulgence and pretension, accusing him of playing the “artiste” for the Americans and forgetting where he came from.

Silverio responds with a tirade about the venality and hypocrisy of a media that sacrifices integrity and decency on the altar of ratings and social media likes.

“Iñárritu isn’t always the clearest or most cogent thinker,” Scott signs off, “but the power of his images often renders such objections moot.” 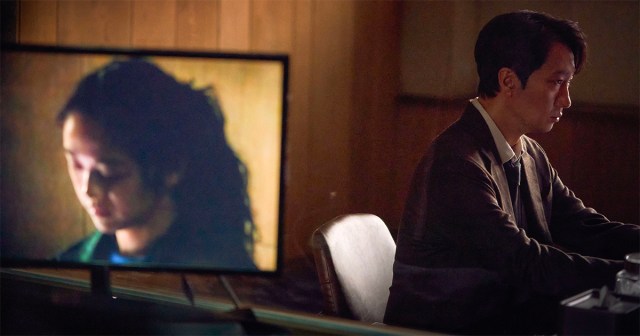 Film auteur Park Chan-wook is riding the wave of the explosion of Korean culture in the US with his latest feature, “Decision to Leave.”