“There’s violence, blood, and deaths but I’m just interested in these young people [who are] locked up in a house without Wi-Fi,” she tells Script Magazine’s Destiny Jackson. “What do they do when faced with that scenario? Are we civilized? Or are we animals? We think we are all smart and civilized and intellectual, but then something happens and we become these weird junkies.”

Released by A24, the film follows a group of wealthy 20-somethings as they decide to hunker down during a hurricane while subsisting on alcohol, drugs, and drama. All horror breaks loose for the partying Gen Z group (a stacked cast featuring Maria Bakalova, Amandla Stenberg, Rachel Sennott, Lee Pace, Chase Sui Wonders and Pete Davidson) when the storm cuts off all mobile and Wi-Fi comms forcing the group to play a parlor game called “Bodies Bodies Bodies” that turns deadly.

Reijn says the film’s undercurrents of social commentary were by design — and entirely the point.

“This film I made [is] because I’m completely and utterly addicted to my phone,” Reijn said to Nylon’s Claire Valentine.

“I’m just addicted to my screen, I’m addicted to all the social media and all the narcissism and… I’m just revolted by myself. I thought, I want to make a fun film that sort of is a comment on the time that we live in, and the way we communicate.”

She added: “We all know there’s so much shit going on right now, but at the same time we’re like, ‘Oh, well let’s see who posted what today.’ In the face of war, in the face of abortion being banned. Of course, my film is a very light comedy, but I wanted that dark undertone of making a cautionary tale about how we are glued to that and the sort of narcissism of our times.”

This is Reijn’s second feature after 2019 psychological thriller Instinct, on the strength of which she was hand-picked by A24.

“I was immediately intrigued, because I have a very tight friend group,” she recalls after seeing Kristen Roupenian’s original script. “I don’t have children. My friends are my family. And they always like to play a game called Mafia or Werewolf, or we call it Murderer. I loved it and I also hated it because I always was afraid. These games are mind games, and they basically provoke sort of a psychological warfare, if you will. And within a friend group, that’s super scary. You’re basically trying to find out who’s lying.”

Nonetheless Reijn adapted the script to make it “more of my own,” she said, “because it would be the first project that didn’t come from my own brain.” She rewrote it with Sarah DeLappe, a theater writer from New York, adding in more humor.

“Sarah and I edited this together… so that all of those characters in the movie are, for me personally, versions of myself and all of those relationships are all drawn from moments of my own life and Sarah’s life,” she explained to Jackson. “There’s a lot of things in the film that are private references for me and you just mix-it it up like a cocktail and throw it on the screen.”

Reijn sees a particular connection between the game and the culture of Gen Z. “Especially for this generation, we’re all acting. We’re all growing up in front of a camera,” she elaborates. “The game they play in the film is to catch the actor — you know, ‘is she acting,’ ‘what’s real and what’s not real?’ In some ways, the film is about the struggle to be truly intimate while being glued to our phones. We’re so used to trying to present a better version of ourselves online, and the question is who we are without that.”

“Finding the insanely talented cast, who were ready to open up to a process in which we pretended to be a theatre ensemble, with no ego, and extremely thorough preparation, only 25 shooting days, working around the clock to create a story together, as collaborators, that would address group behavior, the need to belong and what goes wrong when people fail to look into each other’s eyes to actually see what is happening, was truly magical on a soul level,” the director says.

“Shooting incredibly long takes of incredibly long scenes — some were 15 pages long — created an acting style that was sensuous, truthful, authentic, and funny,” she continues. “It demanded everything from the cast.

“Not only did they have to operate as an experienced ensemble, but also, the shoot was technically demanding, dealing with rain, wind, cold and underwater shots. All of them were excellent and completely devoted. All of them shine in this film, in their own unique way, and together as a group. They nested themselves in my heart and will be there forever.”

Alongside the film’s A-list cast, the enormous tract mansion Bodies Bodies Bodies was shot in plays a major role. Architectural Digest’s Mara Reinstein got the inside scoop on the posh 2004 20,456-square-foot estate sited on 86 acres of land in Chappaqua, New York, from production designer April Lasky.

“We found a McMansion that had been on the market for a few years, and thus created our world entirely inside without much limitation,” Lasky said. “We played into the original style, which was a grotesque early 2000s Americanized interpretation of European design: gaudy, grandiose, and not quite hitting the mark with its attempt at tasteful sophistication.”

The production team opted for a bold French-inspired color palette of pink, green, blue and gold to create visual contrast. “I knew we were going to be shooting in the dark once the power went out and wanted the colors to pop,” Lasky said. “I also wanted to put us in a more vivid world, and we descend deeper in the movie with increasing violence.”

Channeling the work of photographer Larry Sultan and designer Juno Calypso, Lasky’s favorite space in the house is the sunken living room featured in the film. She envisioned it as a space Pete Davidson’s character, David, helped design himself as a teen to express his rebellious attitude. “His parents didn’t let him go all the way, so they created a balanced blend of contemporary and traditional with an eclectic colorful touch. But it’s still his personal party wing.”

Once we get past the initial setup, the thrills begin. “I hope that audiences feel the exaggerated, unhinged nature of the house,” says Lasky, “and the imminent mood that starts to form inside it right through to the bitter end.”

Want an exclusive tour of the six-bedroom, 12-bathroom house led by Davidson himself? Click HERE or on the image below to watch the video on the Architectural Digest website:

She rehearsed the cast to film in lengthy takes in the movie’s single location — an empty McMansion-style estate in an exclusive enclave in Upstate New York that convincingly reflected the high-income demographics of most of the characters in the story.

Dutch DP Jasper Wolf (who also shot Instinct) employs a mostly handheld style weaving close to the actors with extremely minimal lighting to convey the realism of being in a cavernous house without electricity. He experimented with colored flashlights, LED lights, iPhones, glowsticks and emergency lights to differentiate between characters so they could stand out during chaotic action scenes. This also meant that the actors had to move the lights to illuminate their faces or those of other actors at the right moments.

“We wanted the shoot to be very real and didn’t want to work with artificial lighting at all,” Reijn explained. “Because the [actors are] already focusing on their acting and then they have to also light their own faces as they move and speak. The darkness drew everyone closer together and made this limitation a very creative solution.”

A24 has always excelled with its explorations of youth culture and social media, be it with 2013’s Spring Breakers, 2018’s Eighth Grade, or last year’s Zola. Yet Bodies Bodies Bodies, “might be the most prescient, biting, and downright fun of A24’s dissections of Gen Z culture so far,” finds Collider’s Ross Bonaime. 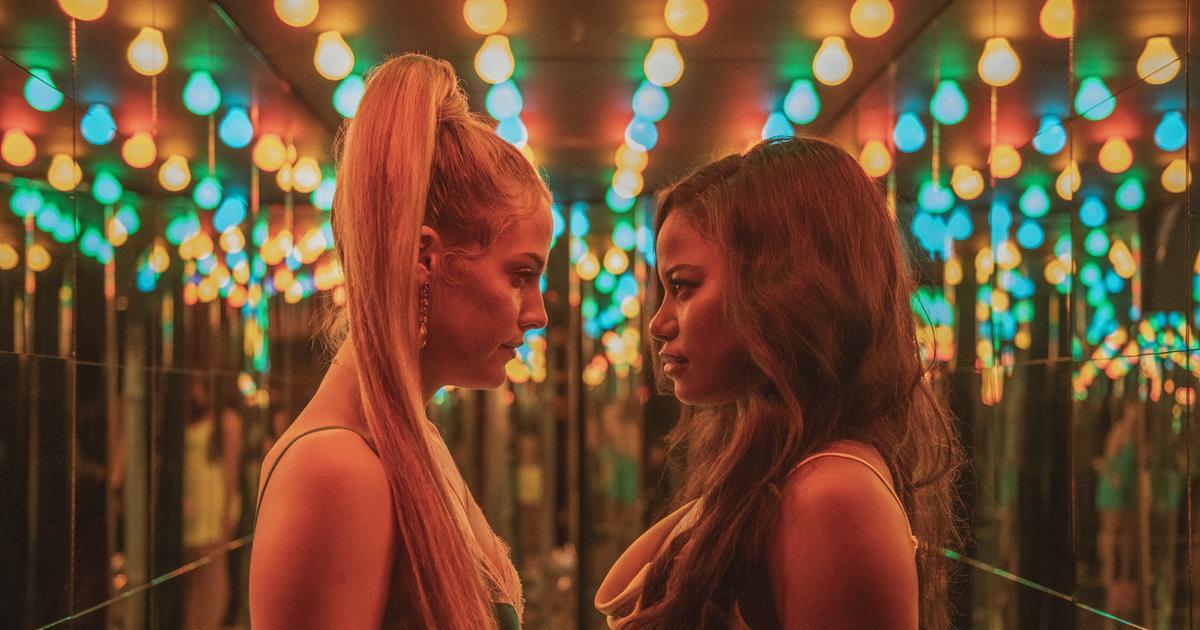 “Zola” Director Janicza Bravo Has One Crazy Story to Tell

Wired calls it “a TikTok-fueled whirlwind of Pete Davidson riffs, podcast jokes, and arguments over who’s triggered and who’s being gaslit.”

“All this mayhem never really adds up to much,” finds AV Club’s Mark Keizer, “as if calling out Gen Z for the folly of their well-intentioned faults was enough. And yet, it is enough, thanks to the film’s very game and hard-working cast.”

In a wide-ranging — and spoiler-free — discussion on the ReelBlend podcast, Reijin talks with CinamaBlend managing editor Sean O’Connell and co-hosts Jake Hamilton and Kevin McCarthy about the film’s “incredible ending,” working with her cast to create not just realism but to set a specific tone, and her use of music and scoring, as well as “the ingenious way they let the actors light each other in the film’s dim night scenes.” The interview begins at the 03:58 mark, and you can also listen to Cinema Blend’s review of Bodies Bodies Bodies at 01:16:06: 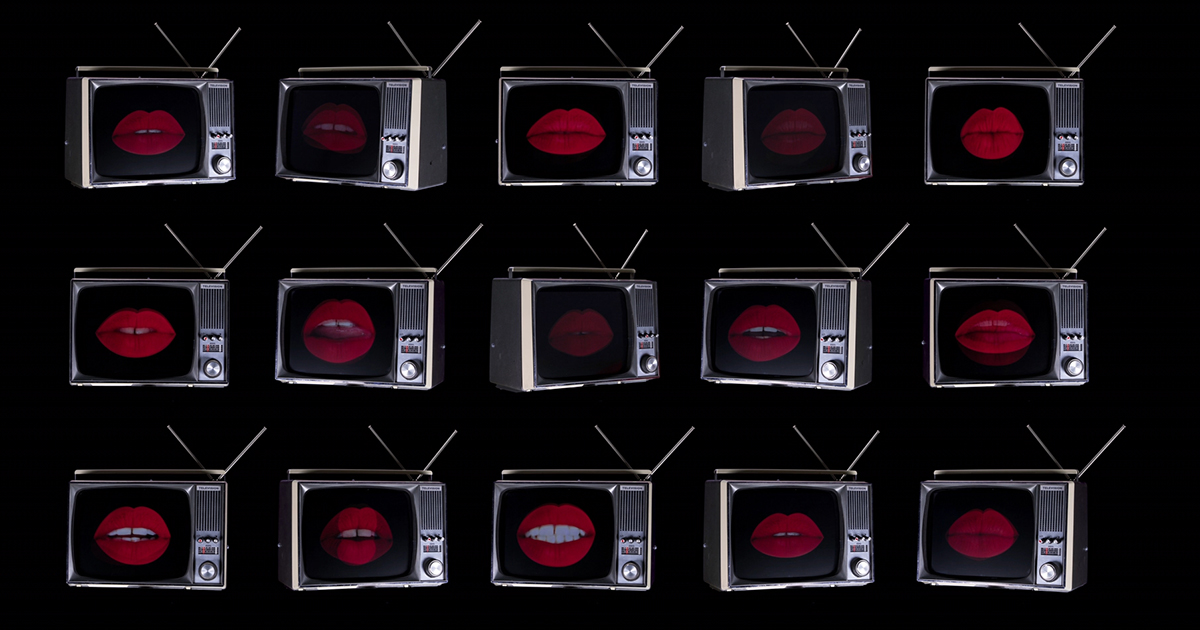 What Gen Z Wants (and Why)

Want more? In a group interview with Den of Geek, the director and cast discuss the film’s representation of Gen Z Culture, if they’ve ever played Bodies Bodies Bodies, and more: