Businesses are using services from multiple cloud platforms and managing it has become a significant problem. A solution could be a metacloud — one cloud to rule over them all — but as you can imagine, this has problems too.

In its latest Future Trends report, consultancy Deloitte explains that the vast majority of enterprises are using multiple platform-as-a-service tools, and as many as 85% are using two or more cloud platforms. A quarter are using at least five cloud platforms.

It has, in the words of the report, “created a tangled web of cloud tools that are sometimes interconnected but just as often redundant and create holes in security.” According to the analysts, this situation is unlikely to change anytime soon. Solution teams want to use what they perceive to be the best tool for the job, regardless of which cloud it’s in. Nor do not want to be subject to the availability of tools within a single vendor’s walled garden. Yet they can end up paying for cloud services they don’t use.

To simplify multicloud management, enterprises are beginning to turn to a layer of abstraction and automation that offers a single pane of control.

Known alternately as metacloud or supercloud, this family of tools and techniques can help cut through the complexity of multicloud environments by providing access to common services such as storage and computation, AI, data, security, operations, governance, and application development and deployment.

This layer sits above an organization’s various cloud platforms, leveraging native technical standards through APIs. The idea is that applications still enjoy the strong security of the cloud provider, but in a consistent manner with centralized control.

While this makes common sense on purely technical grounds, the problem is whether the market will support it

While a compatibility layer has clear benefits for users, it naturally leads to the commoditization of the cloud providers (Amazon, Google, Microsoft) which may not be in their interests.

“History suggests, however, that metacloud may only be an interim solution,” say Deloitte. Past efforts to reign in sprawling data centers, databases, and operating systems have ultimately resulted in consolidation, centralization, standardization, and rationalization — not via middleware or orchestration engines, but with refactoring and simplicity.”

What could end up taking the place of metacloud is “a more tactical approach,” Deloitte suggests, “one that borrows the centralization and control of metacloud but leaves in place the freedom developers currently have to choose the right tool for the job.

This tactical metacloud could govern provisioning of cloud credentials and allocate resources only to users that have a valid business case and the technical knowhow to make use of cloud resources without creating complexities.

Multicloud may feel messy, but it’s the world we’re living in, and likely will be for the foreseeable future,” the report warns. “Smart business and technology leaders should look for areas to reduce complexity wherever possible — potentially through approaches like metacloud — and eliminate security and redundancy problems created by maintaining multiple cloud instances.”

OUR HEADS ARE IN THE CLOUD:

The cloud is foundational to the future of M&E, so it’s crucial to understand how to leverage it for all kinds of applications. Whether you’re a creative working in production or a systems engineer designing a content library, cloud solutions will change your work life. Check out these cloud-focused insights hand-picked from the NAB Amplify archives: 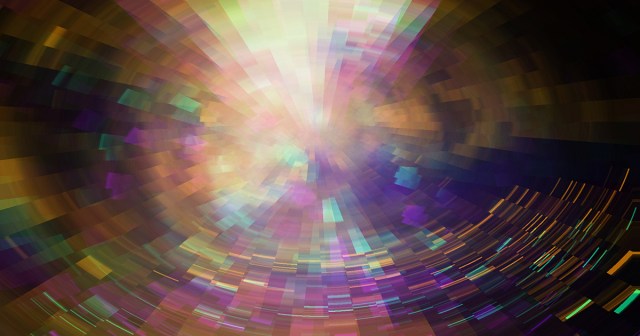