Fresh off its HBO Max debut, Zack Snyder’s director’s cut of Justice League — originally released in theaters in 2017 — is a four-hour epic reimagining of the DC Comics’ film, following Batman, Superman, Flash, Cyborg, Wonder Woman, and Aquaman as they defend Earth from Darkseid. A recent NAB Show Premiere session, “A Cut Above: The Editors Behind Zack Snyder’s Justice League,” featured the editorial team behind the heroic cut, discussing creative decisions, editorial choices, and reshoot process that led to Snyder’s vision.

Produced in partnership with the American Cinema Editors guild, the session included moderator Carolyn Giardina, Tech Reporter at The Hollywood Reporter, and panelists David Brenner, ACE, who won an Oscar for Born on the Fourth of July, and worked on Snyder’s 300: Rise of an Empire and Batman v Superman: Dawn of Justice; Dody Dorn, ACE, who was nominated for an Oscar for Christopher Nolan’s Momento and is the editor of Snyder’s upcoming Army of the Dead; and Carlos Castillión, who assisted on numerous Snyder films and worked as an editor on The Snyder Cut.

The panel started off with a detailed discussion about the genesis of the project, which actually began with the home entertainment and streaming release of Batman v Superman, Brenner revealed, which included both the theatrical version and a longer, “ultimate” version. Brenner’s first cut of Justice League, which was assembled during production, was roughly four hours and 40 minutes long. That’s because Snyder asked Brenner for three versions of the film: an A cut, or Brenner’s longform cut; a “more realistic” B cut for the studio to release theatrically, which was pegged at two-and-a-half hours; and a 120-minute C cut. Snyder viewed the C cut as a worst-case scenario, telling Brenner, “If we are forced into making something that’s closer to, like, two hours, these are cuts that are really difficult cuts but at least we made them and feel good about it.”

Watch the video for more insights from the editorial team behind The Snyder Cut here, and explore additional NAB Show Premiere sessions here.

Snyder was betting that the studio would allow him a two-hour and 30-minute theatrical release, but that turned out not to be the case. “As we went through the cut it became apparent that we had to focus on our B cut,” Brenner recounted. “But it became apparent that the studio would like us to focus on something that was more like the C cut. Once the C cut was completed, Snyder said to go back to the A cut, fill in all the visual effects and the other details we’d learned along the way, and that was the genesis of The Snyder Cut.”

Castillión was the one to pick up the torch where Brenner left off. “Zach wanted to add a lot of little character beats,” Castillión commented. “He wanted a movie that he could play in his theater for friends and family.”

“That’s where the black-and-white version came in,” Dorn interjected. “In order to make it more watchable, Carlos and Zack turned it black-and-white in the Avid because of the CGI green screen. It looked better in black and white, it wasn’t so jarring moving from one kind of background to another, all the green was turned black and white. They also toyed around with the aspect ratio because where they had left off it was 1.85:1 (similar to 16:9) and Zack didn’t want to do the same aspect ratio, he wanted to switch it up,” she said.

Castillión and Snyder started experimenting with a 1.66:1 aspect ratio for the film. “Zack originally shot the movie in 1.33 because he always intended to have a 1.85 theatrical release and then the big 4:3 IMAX frame which would have been the entire top and bottom,” Castillión explained. “The happy medium that we found was doing 1.66,” he continued. “If we tried to go to the 4:3 frame there was a lot of top and bottom in the visual effects that were not completed, so we would have lost the frame, so 1.66 was kind of where we landed and what the movie ended up being nicknamed.”

The nearly square aspect ratio served to showcase the idealized form of the super hero. “Superheroes are imposing, they’re long and tall, they’re not wide,” Dorn emphasized. “There were so many shots that represented that the way Zack shot it, like the shot in Greece going from Wonder Woman’s shoes up to the top of her head, she looks like the Empire State Building! And we just would have lost that if it was in 1.85. We jumped around and looked at these scenes and then we looked at each other, over FaceTime, and said, ‘it has to be 1.33!’”

According to Dorn, “That was where the real bloodshed started with the VFX department because they created an entire list of all the shots that had to be redone at 1.33.” That began an intense round of what Dorn calls horse trading, the back-and-forth between departments to negotiate the scope of work. “We dug in our heels and in the end we got 95-96 percent of them done.” she said. “But it was a battle.”

The panel also explored the idea of editing as the final rewrite of the film, delving into the character backstories created for The Snyder Cut with clips showcasing Cyborg, Barry (aka The Flash), and the relationship between Darkseid and Steppenwolf. “it’s really gratifying to be able to include the entire arc for Cyborg’s character,” said Dorn.

There were a total of 2,700 new VFX shots created for The Snyder Cut, which was assembled on a tight nine-month schedule. “We had to lock — more like latch — the picture by September, so we tackled these big VFX scenes first. That meant that we had editing room dialog recorded by Zack and Carlos playing [Darkseid and Steppenwolf] just to sort of flesh out what the action was. And then we had to get the actual actors to record remotely as well,” Dorn noted. “That allowed them to advance the animation, particularly the lip sync.” Another issue was Steppenwolf’s articulated armor, which had to be tweaked based on his mood. “When he would get mad they would flare up or shrink down,” Dorn said. “Just pushing forward, that’s the only way to describe it.”

The work wasn’t just about finishing the effects, Brenner underscored, it was entirely recreating the character. “Because Zack’s original design and vision for Steppenwolf was totally different than what people saw in the theaters… But, what you saw there was, paradoxically, somebody who looked more human, but didn’t have the human emotions,” he said.

The Snyder Cut was assembled using a completely remote workflow, Castillión detailed. “We all have an iMac computer that is connected remotely to our Avids in a warehouse in Burbank, and that’s where our Nexus lives,” he said. “Each Avid is connected to the Nexus with no monitors, just kind of in this big room, and we each would connect remotely to the Avid… Zack would sometimes login and watch Dody cut.”

The editorial team worked with low-res files for nearly eight months, which sometimes made it difficult to judge things, and made it trickly when locking down the animation, Dorn said, noting that it was very emotional to see the full-resolution imagery during tests on an IMAX screen.

Reshoots for The Snyder Cut were complicated by the Covid pandemic, Dorn shared. But the new scenes with Batman and The Joker were all CG, with the actors recording their lines remotely with whatever equipment they had available.

The panelists also revealed their thoughts on seeing the final version of The Snyder Cut.

“What’s interesting is, when you’re sort of building to the cut that you and the director are happy with, depending on what the format is you have a different sensation of what the movie is,” Brenner said. “So, I always thought it was going to be in theaters and so when he delivered his cut at 2:45, or a little more, I thought it was a fair, a very good length and I thought it was appropriate for the theater. When you go into a theater, I think audiences have a different expectation for pace. We’re so used to seeing things now on streaming that we have more patience, and we’d like to see character beats played out almost in real time. And I feel like that was the opportunity that Zack and Carlos and Dodi had, was to now just relax with the story, where people can see it in two pieces, in four pieces if they want, and I almost feel like I was watching a different film in a sense and I thought that was really, really wonderful.”

“Zack wanted to do IMAX before and the studio said ‘Nuh-uh,’ and this time around he wanted to do IMAX and nuh-uh didn’t appear,” Dorn said. “He went all the way. He did the streaming version. He did the theatrical version with an intermission, he did the IMAX version, he did the IMAX version in black-and-white, and he did the streaming version in black-and-white, too. He really got a smorgasbord, it’s pretty fantastic.

“When we were first putting it together and fleshing things out a little, we thought it was going to air in four parts,” Dorn concluded. “But once it became a mandate to make it all be one piece — for various legal reasons that I don’t even understand — we didn’t go back and reevaluate because we thought ‘well, this is streaming. People can stop wherever they want.’ The chapters were already in place, and that really helped. The only thing we deliberated about was where to put the intermission, and we wanted to have at least one of the big set-piece battles before the intermission, and the other one after the intermission. So we get the tunnel battle before the intermission, and then we get the Russian melee, where they vanquish Steppenwolf, after the intermission. And we thought that was a really good balance because you’re really giving everybody something that they really, really want on both parts. It was challenging with the schedule, but it was also really liberating to be just manifesting Zack’s vision with no nu-uhs.” 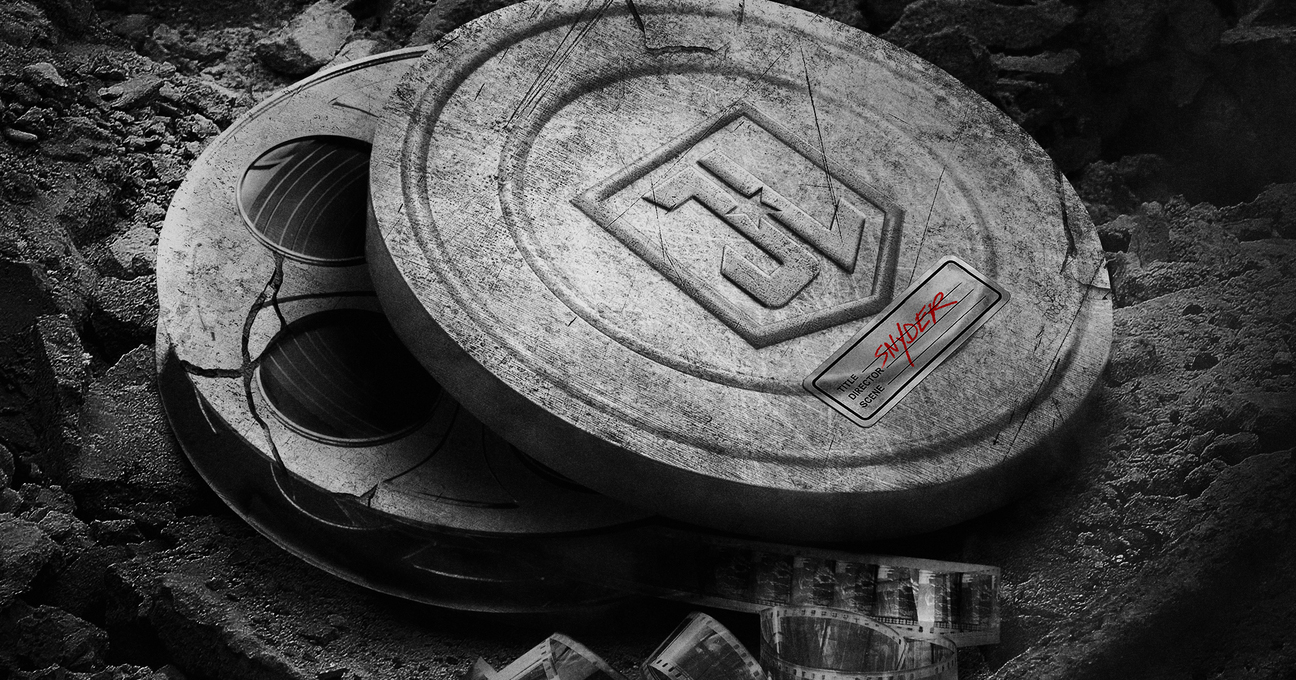 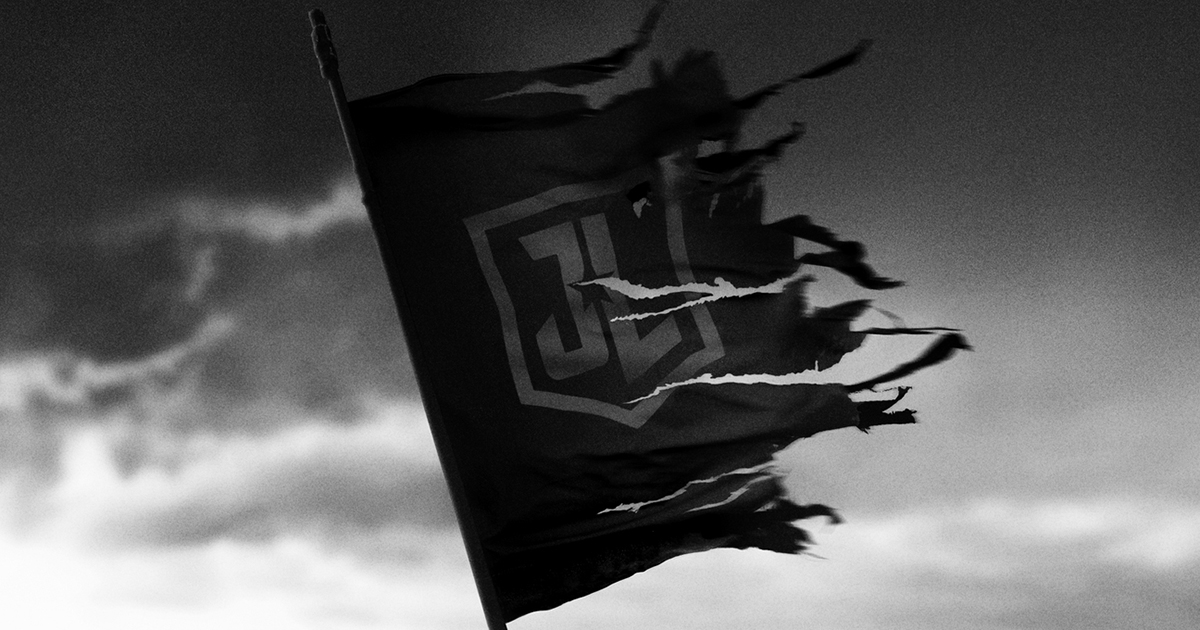 The Snyder Cut Versus Justice League: How Editing Can Change Everything | Source: Fstoppers 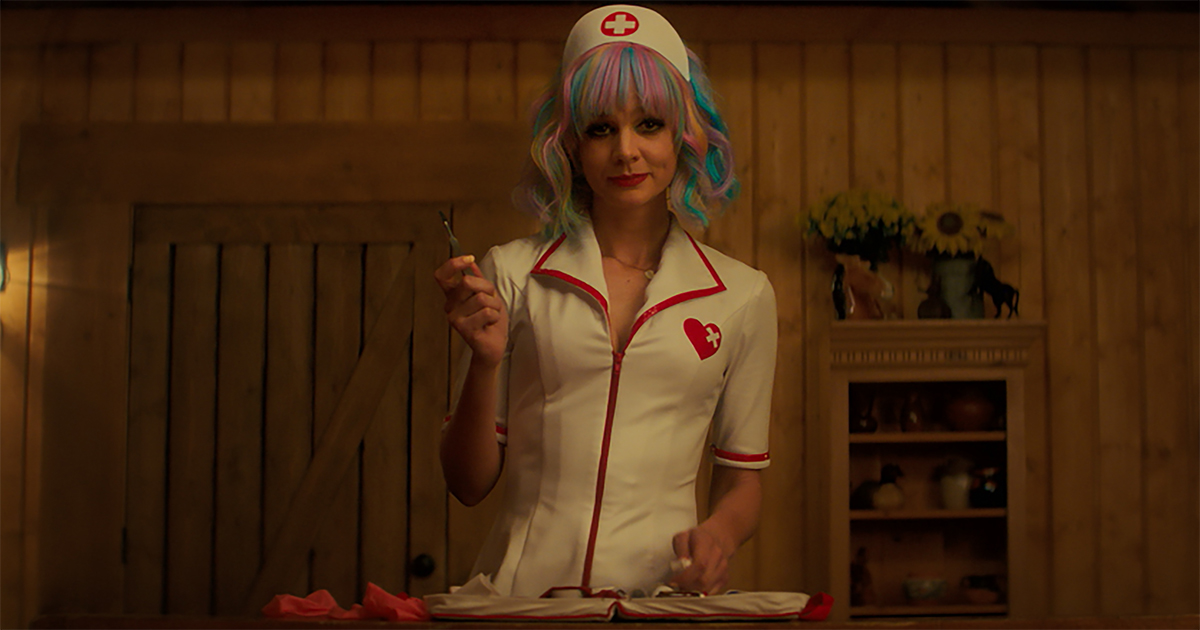