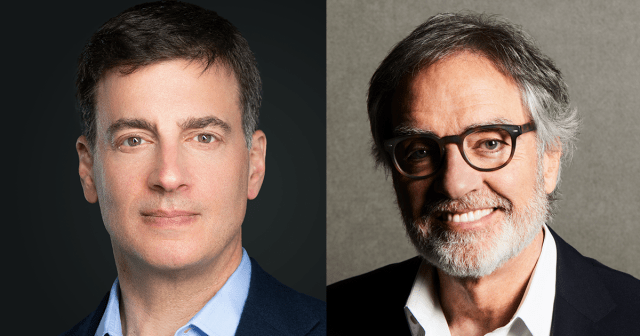 — CEOs from Audacy, iHeartMedia and NAB will discuss pivoting radio in the new normal —

Washington, D.C. — David Field of Audacy and Bob Pittman of iHeartMedia will discuss how they have transformed their business in response to the pandemic and with an eye to the future during a NAB Show session titled “Transforming Radio in the Audio Renaissance,” Monday, April 25, 2022 at 2:00 p.m. in Las Vegas, Nev.

Field and Pittman will join National Association of Broadcasters (NAB) President and CEO Curtis LeGeyt in conversation to discuss the evolution of radio, embracing change from the top and building a future-focused culture. The conversation will address the expanded audio industry and building a diversified asset portfolio to ensure success in a rapidly changing media marketplace.

Field has served as chairman, president and chief executive officer of Audacy (formerly Entercom) since 2002. Under his leadership, the company has evolved from 15 stations to a multiplatform audio and entertainment company with more than 230 stations in 47 markets. Audacy reaches over 200 million people monthly through its collection of original audio content, digital platforms and live events.

Audacy is the number one creator of original, premium audio content and is one of the nation’s three largest podcast publishers, with a rapidly growing, integrated digital platform for consumers to discover and connect with broadcast stations, top podcasts and a wide range of exclusive digital audio programming.

Field was twice named Radio Ink’s Radio Executive of the Year and has appeared on Institutional Investor Magazine’s “Best CEOs in America” list three times. He was the recipient of the NAB National Radio Award and was honored as a “Giant in Broadcasting” by the International Radio and Television Society in 2017.

Pittman is chairman and chief executive officer of iHeartMedia, Inc., the largest audio company in America, which encompasses broadcast radio, podcasting and streaming digital radio as well as the only fully integrated ad tech solution across broadcast, streaming and podcasts.

Today, under his leadership, iHeart’s broadcast radio assets alone have more consumer reach in the U.S. than any other media outlet and over four times the ad-enabled reach of the largest digital only audio service. iHeart is also the largest podcast publisher, with more downloads than the next four podcast publishers combined.

Pittman was the recipient of AdWeek’s inaugural Media Visionary award and was inducted into the Advertising Hall of Fame and the Broadcasting and Cable Hall of Fame. He also serves on the Boards of Directors for the Robin Hood Foundation and the Rock and Roll Hall of Fame.

LeGeyt serves as the chief advocate for America’s free, local television and radio broadcasters. He previously served as the chief operating officer of NAB before assuming his current role in January 2022. Prior to that, LeGeyt served as NAB’s executive vice president, Government Relations. He is also on the Board of Directors for the NAB Leadership Foundation.

Qualified members of the media may apply for press registration here.