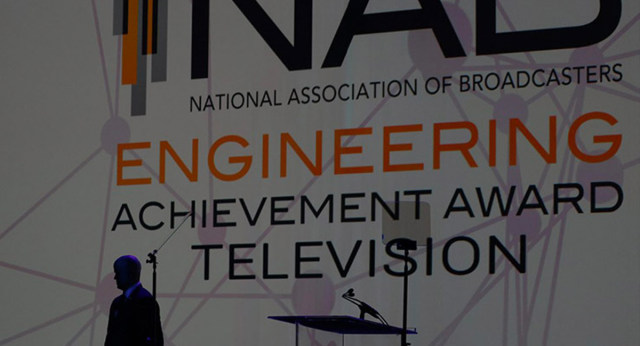 Awards to be presented at 2022 NAB Show in Las Vegas

Washington, D.C. — The National Association of Broadcasters (NAB) announced today that Xperi Corporation’s Ashruf El-Dinary and Capitol Broadcasting Company’s Peter Sockett are the recipients of the 2022 NAB Engineering Achievement Awards. They will be recognized at the 2022 NAB Show, held April 23–27 in Las Vegas.

Established in 1959, the Radio and Television Engineering Achievement Awards are given to individuals who are nominated by their peers for significant contributions to advancing broadcast engineering.

El-Dinary has over 20 years of experience in developing HD Radio technology and holds a number of patents for innovative digital radio solutions. He previously worked at The Johns Hopkins University Applied Physics Laboratory developing scientific instrumentation in support of space research programs and launched solutions on several satellites. He also taught signal processing courses at JHU’s Whiting School of Engineering.

As the director of Engineering and Operations for Capitol Broadcasting Company’s (CBC) television stations, Peter Sockett is responsible for leading and steering the technology needs of CBC and preparing for the coming trends affecting broadcasting.

Sockett sits on the board of directors for the Advanced Television Systems Committee (ATSC) and is the chair of the ATSC 3.0 Advanced Emergency Alerting Implementation Team. He has earned three Emmy Awards, Broadcasting & Cable’s Technical Leadership Award and an Edward R. Murrow award. He is a co-inventor of a patent for geolocation.