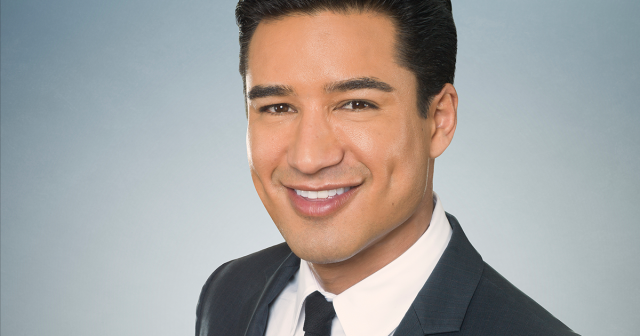 The NAB TV Chairman’s Award recognizes individuals for significant achievement in one or more specific art disciplines in television.

Lopez is a two-time Emmy Award-winning host, actor and producer. He is known for leading “Extra” for more than 10 years. Recently, he co-created and produced “The Expanding Universe of Ashley Garcia,” which centers on a Latina robotics engineer and her family, and produced and starred in “Feliz NaviDAD,” one of Lifetime Network’s highest-rated Christmas films.

“Through hard work and remarkable talent, Mario Lopez has created a unique brand that has resonated with TV audiences for decades,” said NAB Television Board Chair Emily Barr. “Likewise, his commitment and success in elevating Latinx stories in Hollywood has had a positive impact, and we are excited to recognize his achievements.”

Lopez’s additional acting credits include NBC’s “Saved by the Bell” and “This Is Us,” the CW series “Jane the Virgin,” Fox’s “Brooklyn 99” and ABC’s “The Rookie.” He has a recurring role on Disney’s animated series “Elena of Avalor” alongside his daughter.

Beyond Hollywood, Lopez is a New York Times best-selling author and was named an Alumni Ambassador of Fitness by the Boys & Girls Clubs of America. As an ambassador to the BE GREAT campaign, he promotes the importance of maintaining a healthy lifestyle and education for children of all ages.

The NAB TV Chairman’s Award first debuted in 2009 with four-time Emmy and two-time Golden Globe-winning actor Kelsey Grammar as the recipient. Past recipients include “This Is Us” and “Black Panther” star Sterling K. Brown, television and film actress Kristen Bell, and award-winning actor and activist Terry Crews.