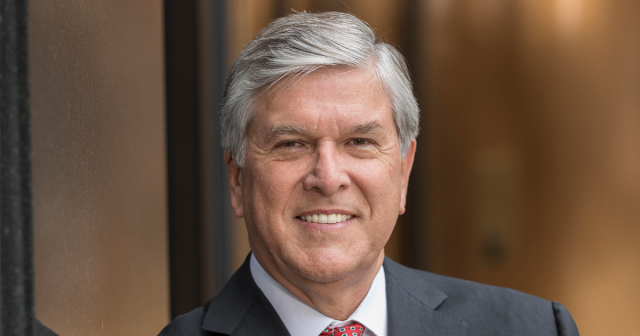 Smith served as president and CEO of NAB from November 2009 until his transition to special advisor at the end of 2021. Smith was lauded as the chief advocate for America’s radio and television broadcasting industry on legislative, regulatory, technological and economic matters. During his tenure, NAB played a pivotal role on a number of significant issues affecting broadcasters, including the broadcast television spectrum incentive auction, preservation and modernization of the music licensing and copyright system, the ongoing transition to the NEXTGEN TV transmission standard, reviews of media ownership rules and the increased dominance of tech platforms in the advertising marketplace.

“As the head of NAB for more than a decade, Gordon was instrumental in advancing our agenda to help radio and television stations thrive,” said NAB President and CEO Curtis LeGeyt. “Gordon’s leadership, dedication and political acumen have enabled broadcasters to continue serving their local communities in ways no other medium can. It is an honor to present him with the Distinguished Service Award in recognition of the immense impact he has left on broadcasting in our country and around the world.”

Before joining NAB, Smith served as a two-term U.S. senator from Oregon. His committee assignments included the Senate Commerce, Science and Transportation Committee, the panel that oversees all broadcast-related legislation. In addition, he served as chairman of a Senate High Tech Task Force, which helped foster his interest in new media and new technology issues.

Born in Pendleton, Ore., Smith attended college at Brigham Young University and received his law degree from Southwestern University School of Law in Los Angeles. He practiced law in New Mexico and Arizona before returning to Oregon to direct the family-owned Smith Frozen Foods business in Weston, Ore. Before his election to the U.S. Senate in 1996, Smith was elected to the Oregon State Senate, rising to the position of president of that body after only three years.

Smith and his wife Sharon are the parents of three children and five grandchildren.