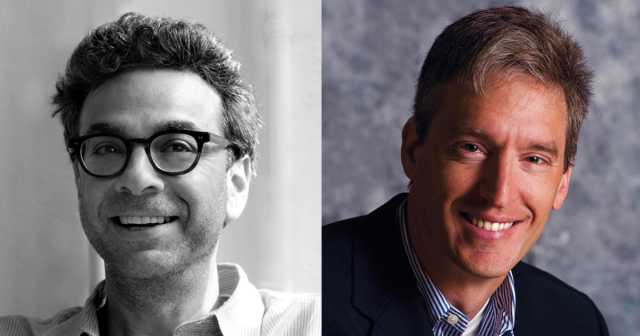 Washington, D.C. – Stephen J. Dubner and Dr. Steven Levitt, co-authors of the “Freakonomics” book series and podcast hosts on the Freakonomics Radio Network, will keynote NAB Show’s closing session, “Why the Media & Entertainment Industry Should Think Like a Freak” on Wednesday, April 27 on the NAB Main Stage. NAB Show will be held April 23-27 in Las Vegas, Nev.

Following Dubner’s 2003 profile of Levitt for The New York Times Magazine, the duo was approached to co-author “Freakonomics: A Rogue Economist Explores the Hidden Side of Everything.” The book, which applied economic theories to questions about everyday life, remained on The New York Times bestseller list for more than eight years and has been translated into 40 languages.

“In the face of tremendous upheaval in the media and entertainment landscape, the NAB Show community is learning how to navigate the evolving ways of interfacing with data, content, networking and more,” said NAB Executive Vice President and Managing Director of Global Connections and Events Chris Brown. “We are excited to hear Stephen and Steven’s unique perspective about how ‘thinking like a freak’ has transformed other industries, and how our attendees can use out-of-the-box thinking to boost innovation and implement real, measurable business applications.”

Dubner is an award-winning author, journalist, and radio and TV personality. He is best-known as co-author of the Freakonomics book series, which have sold more than seven million copies in over 40 countries, and as the host of the “Freakonomics Radio” podcast, which airs weekly on NPR stations nationwide and receives more than eight million monthly downloads.

Levitt is an award-winning economist, author, researcher and podcast host. He is currently a tenured professor and the director of the Gary Becker Milton Friedman Institute for Research in Economics at The University of Chicago.

Levitt was the 2003 recipient of the American Economic Association’s prestigious John Bates Clark Medal, honoring the nation’s most promising economist under the age of 40. His body of work explores the root of incentives in economics and presents arduous data in a humorous and engaging way.