“Farewell Amor powerfully argues that you can never really go home again, especially when that home was never yours to begin with,” film critic Ryan Lattanzio writes in his review of the movie for IndieWire.

The feature debut from Tanzanian American filmmaker Ekwa Msangi, Farewell Amor is an intimate and deeply personal immigrant story inspired by true events: Msangi’s uncle came to the U.S. from Tanzania in 1996 on a student visa with every intention of eventually bringing his wife to join him. Twenty-four years later they’re still living apart, regularly applying for visas that are just as regularly denied, yet remain hopeful that they will one day be reunited. Farewell Amor, which was released in select theaters in December by IFC Films and is currently streaming on digital and VOD platforms, imagines a scenario in which that happens.

After 17 years apart, Angolan immigrant Walter (Ntare Guma Mbaho Mwine) is joined in the US by his wife and teen daughter. Now absolute strangers sharing a one-bedroom Brooklyn apartment, they struggle to overcome the emotional distance between them. Walter is trying to let go of a previous relationship while his religious wife Esther (Zainab Jah) struggles with a new country, culture, and a husband who seems distant. Their daughter, Sylvia (Jayme Lawson), also finds her new life difficult but begins to explore the city and show herself through dance, setting the stage for an inevitable clash of values.

“This particular time in history feels like one where there is an audience that is curious, that is willing to listen, that is willing to challenge their assumptions, and most importantly, is willing to follow the lead of an African female filmmaker in the telling of that story,” says Msangi, who has also written and directed several drama series for mainstream broadcasters in Kenya and South Africa, including The Agency, MNET’s first-ever original hour-long Kenyan drama series.

The film, shot by cinematographer Bruce Francis Cole, opens with a touching reunification scene set in an international airport. “Over the course of this beautifully filmed and sweetly moving drama, the writer and director Ekwa Msangi will keep rewinding back to this airport reunion scene and then letting the events of the next several days play out, each time from a different character’s perspective,” Justin Chang, film critic for the Los Angeles Times, says in his review for NPR’s Fresh Air. “Farewell Amor is sort of like the Rashomon of New York immigrant stories: It’s deeply empathetic toward all three of its protagonists, giving each of them the same dramatic weight and bringing to light their specific struggles and anxieties.”

Msangi’s love for her characters can be felt “simply through the care with which she films them,” Chang notes. “Msangi is especially attentive not only to her actors’ faces, but also their bodies, the way they move through space — clumsily at first, but with growing ease as the bonds of family gradually reassert themselves. The hopeful note on which this movie ends also feels like a new beginning.”

Listen to Chang’s review of Farewell Amor on NPR’s Fresh Air in the audio player below:

Farewell Amor was shot on the Arri Alexa Mini using a combination of Panavision Primo and Cooke Panchro lenses. Told in the form of a triptych, the filmmakers “wanted each chapter to feel tethered to the emotions of our characters,” Cole explains to IndieWire’s Chris O’Falt:

“During prep, the director (Ekwa Msangi) and I decided that creating a different visual language for each chapter was the most effective way to achieve that. We used Classic Primos to create a sense of realism for the first half of the film. Chapter 1 in our film was in the style of ‘slow cinema,’ which at times required long observational-like takes on a stationary camera. Our character Walter, the husband, is trapped between his old life and his newly arrived family.

“The second chapter was more in the style of ‘cinema verité.’ We used handheld camera movement to reveal the inner conflict and rebellious angst of a young teenager trying to navigate her way through a new life. The third chapter was more in the style of romanticism. This is also where we switched lenses to the painterly-like Cooke Panchros. Taking inspiration from the Slavko Vorkapic technique and the art of the montage, we used a lot of long lenses and diopters. We open up and find our character Esther living and desiring to be in the prefect marriage so bad that she chooses to live in a fantasy until it all comes shattering down. We wanted to isolate her emotional journey and reveal her enamored view of the same unfolding events as in the chapters before.”

READ MORE: How I Shot That: Here Are the Cameras Used to Shoot This Year’s Sundance Films (IndieWire)

On the Panasonic website, Msangi and Cole further detail the visual language they developed for Farewell Amor, including the use of framing to express the state of the relationships between the characters. “We relied on the camera and framing because any other choices would have required a bigger budget, which we didn’t have, or more control, which we didn’t have,” Cole recounts:

“Almost everything was thought out beforehand. We had to figure out exactly what we were going to say and how it would fit into each chapter’s particular language. We pushed that aesthetic, and we made sure to keep it, because it’s very easy when you’re under stress to forget about it and go to rudimentary concepts and ideas instead of really trying to lean into the subjective language that you want to use. So we knew exactly what we were doing with every frame.”

The limited budget, coupled with a tight production timetable and what Msangi calls “tiny locations,” all added to the need for careful planning. “That apartment was as small as it looks and feels. I remember Bruce being like, ‘Oh my god, how do we make this look interesting so that we’re not just doing this and this the whole time?’ Because there literally were two places that we could shoot from,” she recounts:

“We didn’t storyboard, but we did have shot lists for everything, and I had drawn little squiggly diagrams on the script for where the camera would be. There were some surprises and some moments of working on the fly, but it was always within what we had envisioned because we had talked so thoroughly about what it was that we wanted to see or the effect that we wanted to create.”

It was important to be “really deliberate,” Cole adds. “It was about revealing information as opposed to just covering the scene, which meant there was a defined place where the camera wanted to be.”

One scene in the apartment kitchen, which shows Esther cooking while Sylvia is on the computer, begins with a shot-reverse-shot pattern that keeps each character in her own frame, but at a certain point the camera begins to pan between them, connecting them in the same shot.

“There were two times in particular we wanted to do that panning technique, in the kitchen and at the bus stop when Sylvia’s talking to DJ [Marcus Scribner],” Cole notes:

“It’s a subtle technique that shows the connection between two characters. It’s about the rhythm between both of them and how much they’re communicating or not communicating with one another…. You’re putting the audience, for a moment, back into their own perspective, trying to figure out who they want to go with, as opposed to being in the perspective of one of the characters. You lean on the operating because at some point you’re choosing to not show something and to focus on something else instead.”

Farewell Amour began as a short film project, Msangi reveals in an interview with Colin McCormack for SAG Indie. “We decided to create the short as a proof-of-concept in order to help us gain momentum and gain support for the feature film,” she says. “We had gotten a small cash award for a previous short film that we had worked on and it was a very tiny award, so we were only able to make a tiny, tiny film. So it wasn’t going to be able to have a whole airport scene or anything else in there, so I thought, ‘Okay, so maybe the moment before he goes to the airport – what would that be like?’ He’s in his house, it’s just him and maybe one other person, so maybe take it from there as a way to help us gain momentum for the feature.”

As Msangi was expanding the short into a feature script, she landed on the idea of structuring the film around the family’s three separate viewpoints:

“Because the short focused on Walter’s character and when I started working on the feature I had just come off of the short, that was freshest in my mind and it was easy to start writing Walter’s character. But it felt a little cliché to write a story about a guy who has an affair and his problems. So I thought, ‘Well, maybe I’ll do it from his daughter’s perspective.’ But I was afraid that if I had a film about a young teen with dance elements in it would be thrown into the bucket of a typical ‘teen dance movie’ and I didn’t want it to be relegated to that or reduced to just that. So I decided to do both of their perspectives and initially, it was just the two perspectives, Sylvia’s and Walter’s. And then six to eight months into the process, it was pretty clear that Esther’s story was the lynchpin for both of their stories and it didn’t make sense not to have her story in it as well. So I decided at that point to make it a triptych and have all three perspectives, which kind of intrigues on this idea that the three of them are all experiencing this one victorious event of their reunion. We have a lot of assumptions of, They must all feel great! They must be so excited! And they are, but they’re also experiencing a whole bunch of other things that are specific to each character. So I wanted to explore each and not sacrifice one perspective for the sake of someone else’s perspective.”

Growing up in Kenya, where there was no original local programming, Msangi said it took time to understand that African filmmakers even existed. She “rarely saw herself in the imported Indian and American movies, or in the British TV shows,” she told Tambay Obenson in an interview for IndieWire. “I complained about it so much, and finally, my father said, ‘Why don’t you go make your own movies, instead of complaining about what you’re not seeing?’ And I thought, ‘OK, I will.’ So I embarked on it thinking, ‘I’m going to be the first African movie pioneer.’”

It wasn’t until she saw a local television station’s late-night showing of Spike Lee’s School Daze by chance that Msangi began to view herself as a filmmaker. She was accepted into New York University’s Tisch School of the Arts, at age 17, but initially struggled to find acceptance of her work as an African filmmaker. Becoming frustrated and discouraged, she almost gave up on becoming a filmmaker. But in her senior year Msangi took a course taught by African film historian Manthia Diawara, who introduced her to African cinema and directors such as Souleymane Cissé, Djibril Diop Mambéty and Ousmane Sembéne. “That was definitely a game changer for me, because I realized that I’d just been speaking to the wrong audience,” she said. “I needed to be making films for African people.” 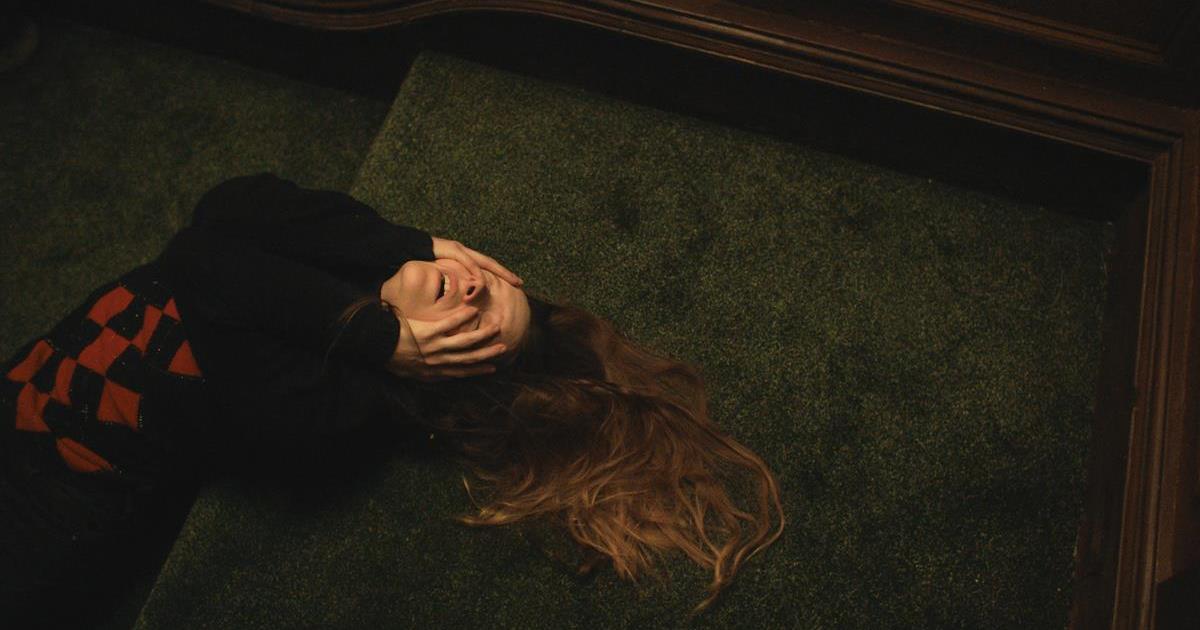 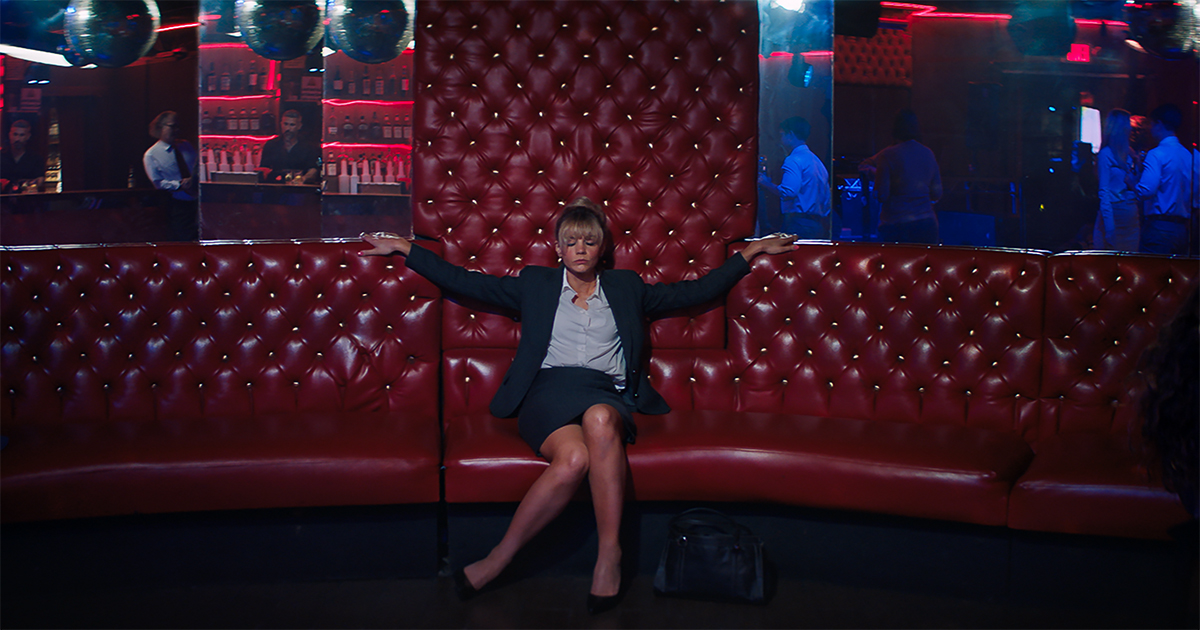