It’s long been known that painters of the Italian Renaissance worked with parallax and geometrical principles to build cinematic perspective into their art. New research suggests the practice was more widespread and even a rudimentary form of augmented reality.

Gilles Simon, an art historian and researcher at the Lorraine Research Laboratory in Computer Science and its Applications (LORIA), has discovered that Flemish painter Jan Van Eyck was also using the technique previously believed to be specific to the Italian artists like Brunelleschi and Alberti.

Perhaps that’s no surprise — they were all contemporaries active in the early 15th century, but the artworld seems taken aback by it.

“Accurate perspective is structured according to a number of mathematical rules, such as the presence in an artwork of baselines converging upon a single vanishing point — a technique that originated with the masters of the Quattrocento and seemed to have been unknown to artists elsewhere prior to encountering the influence of the Italian Renaissance,” explains Simon.

Simon goes on to explain that Italian Renaissance artists described perspective in art as a geometrical transcription of the laws of optics.

“Their concept was based on the works of Euclid, with the addition of a projection plane between the object being represented and the eye of the viewer,” he says.

He put a Van Eyck masterpiece through digital tests at the LORIA where Simon specializes in the detection of baselines and vanishing points in photographs and videos.

In findings presented last month at SIGGRAPH, he reveals that the painting known as the Arnolfini Portrait comprises four horizontal sections, each with a centric point evenly spaced along an inclined axis traced longitudinally across the painting.

“While Brunelleschi was already using a wooden panel with an eyehole by about 1420, Van Eyck remains one of the pioneers in the use of optical systems to depict perspective and take human stereoscopic vision into account.”

“Within each section, the perspective conforms perfectly to the geometric principles that were thought to have been known only to a few Italian masters.

“It seems that the painter used a sort of ‘perspective machine’ with four equidistant eyeholes, one for each section, arranged vertically.

“While Brunelleschi was already using a wooden panel with an eyehole by about 1420, Van Eyck remains one of the pioneers in the use of optical systems to depict perspective and take human stereoscopic vision into account. This approach can be considered a forerunner of augmented reality, and would be simplified 70 years later by Leonardo da Vinci.”

Arguably all painting stretching as far back as prehistoric cave paintings of hands or buffalo is an augmented version of reality. It’s a lovely thought also to imagine that the candlelight by which such paintings would have been viewed would have flickered and “animated” the paintings — an idea which captivated Werner Herzog when making Cave of Forgotten Dreams in 2010. He attempted to bring the pictorial creations on the walls of Chauvet caves of Southern France to life in stereoscopic 3D. 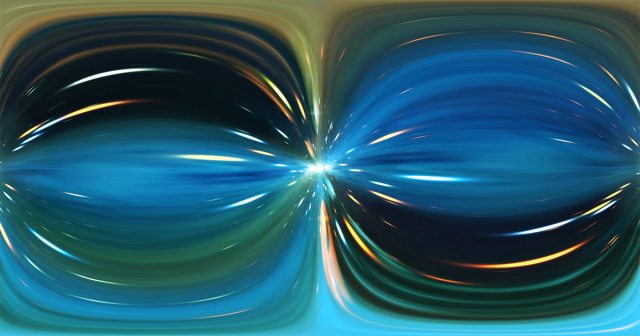 User experience design for VR, AR and MR will be essential for successfully navigating and enjoying the blurred reality-meets-metaverse.