There’s usually nothing good about soloing a track on a sound desk unless you’re working on it. You’re usually hearing a naked, jarring snippet that was never designed to be heard out of the full sound mix. Back in the nineties there was an illicit soloed track of Linda McCartney singing background vocals doing the rounds. It didn’t show her in a great light and was grossly unfair to her and the project.

But Sir Paul had either never heard it or had long forgotten it. In a new The Beatles documentary called McCartney 3, 2, 1 from Hulu, he and producer and interviewer Rick Rubin pick apart multi-tracks of some of The Beatles and Wings albums, soloing with some relish. However, there is a moment when they are listening to the takes of “Lucy In The Sky With Diamonds” that McCartney says with some embarrassment, “This is why we don’t go in to tapes,” after hearing a soloed out of tune shriek.

But McCartney 3, 2, 1, directed by Emmy Award-winning Zachary Heinzerling, is a haven of good vibes and intentions; part of Hulu’s growing library of documentaries on influential and significant figures including Hillary Clinton and Greta Thunberg.

The main challenge for the documentary makers was to lift it out of the many that McCartney has either auto-piloted through or clammed up to. Through 50 years of his musical life there must be pure gold waiting for the right interviewer or interview style. Using a fellow musical brother talking in a safe space might just be the key that unlocks those golden moments.

What immediately strikes you about McCartney 3, 2, 1 is the visual style; it’s gorgeous. Theatrical lighting on a near empty sound stage have Rubin and Sir Paul amiably chatting like musos do about their music. It’s a multi-camera look with the operators often in shot. The show leans on those operators to pick out the best shots in isolation for the edit. And not forgetting that everything is in a beautiful black and white tint. (Interestingly the videos and stills inserts are mostly in color, accentuating the difference.)

NAB Amplify spoke with producers Chloe Chapman, Joanna Forscher and lead editor Paul Snyder about how they put the six half-hour episodes together.

Forscher describes the genesis of the project. “Rick didn’t want to talk about any of the drama of The Beatles but more about their musicianship. Because this happened in the middle of the Pandemic the decision was made to film it as soon as possible.” The project was filmed over two days last August resulting in about eight or nine hours of material. “That usually isn’t enough for what we had in mind, though,” she added.

Snyder describes how the show’s shoot style was built up. “Rick wanted a stripped down and intimate style that really allowed you to focus on the conversation. Zach mentioned the black and white to Rick and he thought that would work well in that scenario.

“Shooting an interview is a pretty inactive thing. How do you come up with new ways that aren’t just people sitting and talking. So there’s a little bit of a ballet that happened, just chasing them around that space. They went from mixing console to guitar stations and piano all shot in the same room.”

Three cameras were used with real camera operators, not the Agito robots of Taylor Swift’s great documentary from her Long Pond Studio Sessions. Forscher saw that style as a considerable advantage. “Shooting this way with three cameras allowed us to not reset. There were no moments of asking to retake moments, it’s very much the cameras following Paul and Rick roaming around the set.”

“There was no interruption from directors,” adds Chapman. “The operators were reacting to what Paul and Rick were doing. Rick went in with a line of questioning that he had for the songs but he was also reacting to memories as they came bubbling up from Paul; they were reacting to each other with the cameras dancing around them.”

With what isn’t a lot of footage for a series of six programs, the team started experimenting when they got into post, as Forscher explains. “We came to the conclusion, after a lot of trial and error, that six half hours felt like the right format to go in-depth. It also made them substantive and engaging without overloading.”

Snyder admits that the rhythm of the edit was built as part of “discovery,” “We primarily wanted to share the first-person experience that Rick had in interviewing Paul. So when those kinds of elements, switch-ups or emotional beats, followed from what was already transpiring in the middle of the interview, they worked. We didn’t try to cram in more than that.”

You definitely need good camera operators for this kind of show, maybe ones that have experience of multi-camera live shows, directed or not. Rubin was keen to stay in moments to get the best out of Sir Paul and the cameras were primed to catch every look and gesture from someone with decades of self-taught media “concealment” training. Chapman saw this technique as really helping getting those moments, “As long as a shot or a moment could sustain we stay with Paul’s expression or stay with a particular subject,” he says.

“It’s not a frenetic paced edit, it’s very much about preserving the sanctity of that space and those moments that came out of their conversation. So, one of the challenges of the edit was to navigate a three-camera shoot to preserve and hold moments.”

Videos and stills from the old days are used throughout the show but more for punctuation than any narrative reason. “It was very tempting to cut to archive a lot more” comments Forscher. “We could have easily done three quarters of this project that way. But there was a real intent on using archive in a very focused way.”

Unlike Taylor Swift’s Folklore documentary, McCartney 3, 2, 1 had the least amount of pre-conception; in fact, Sir Paul didn’t know or didn’t want to know what Rubin was going to bring up. So there are a lot of little moments where he gives Rubin a little look as if to say “I didn’t expect to hear this.”

“You then get a ‘free-range’ Paul,” as Forscher sees it. “Paul has been interviewed a million times and part of what we needed to do was to find a way to extract some new stories from him. Often when we do see Paul he’s seated and it’s very much a straight traditional documentary. This project allows you to see him in all of his idiosyncratic movements with all the joy and reaction to listening to things.”

Ultimately McCartney 3, 2, 1 has been made for the fans. But within that there are entry points for everyone, fan or not. There’s the history, the legacy, the person and of course the tunes and how they were made. Snyder is honest about what he got out of the project, “I just felt so blessed in getting to see this footage. All I could do was to try and share that with more people. It was nice to spend that time with Paul.”

McCartney 3, 2, 1 is available on Hulu and Disney Plus in some territories.

It WAS a Long and Winding Road — Producing “The Beatles: Get Back” Documentary 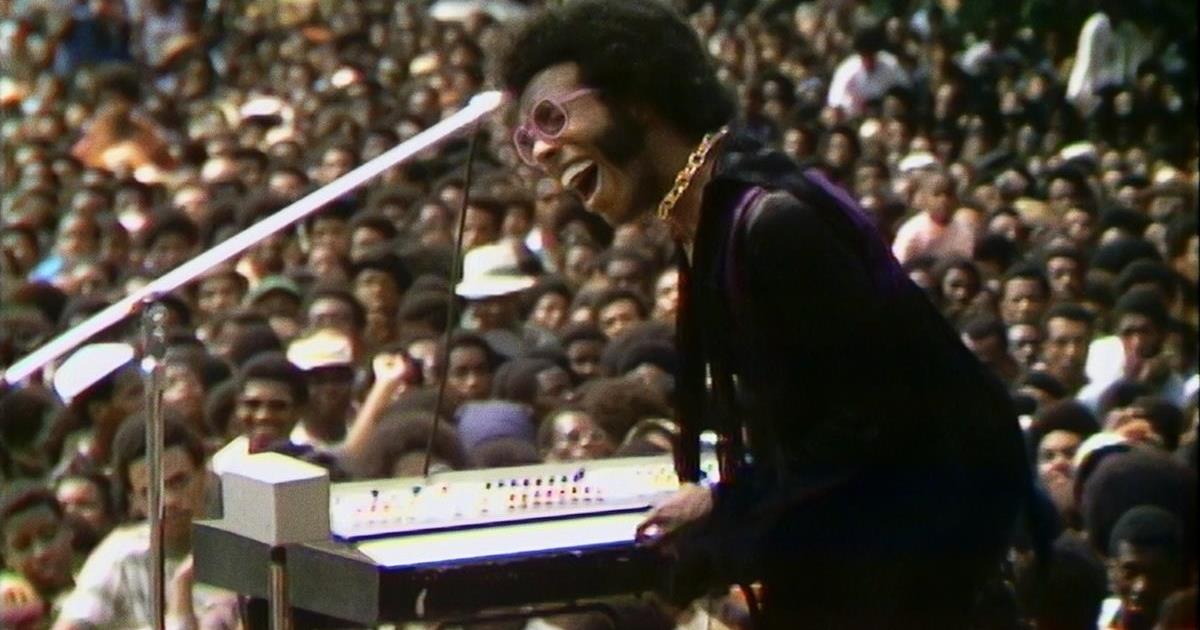