Listen to the full episode in the player below:

Listen to “Mark Cuban Talks to Broadcasters” on Spreaker.

Miely started by discussing the NBA season, expressing the hope that fans can come back to the American Airlines Center before the end of the season. He asked Cuban what the Mavericks team has learned about the production value of the games in the bubble last season that can be of benefit during the current season.

“The production value is great,” said Cuban. “It’s weird not having fans. It’s weird for the players, because the fans do provide energy and it makes a difference.

“And in terms of the games themselves, just because of the distance of the broadcasters from the game, it’s kind of still a little bit of a weird dynamic because they pretend that they’re right there. But it seems to be going well and our ratings are up, and after having all the ratings challenges during the bubble, now our ratings are up significantly and everybody’s happy. There’s some of the traditional challenges of linear television versus streaming, and rights fees and all that, but that’s something that we’re working through.”

“How do you think streaming just in general is going to affect broadcasting as we continue to move forward?” asked Miely.

“Yeah, it’s an innovator’s dilemma, where linear television wants to hold on as much as it can for as long as it can and is still paying very good rights fees. But with cord cutting, we all know streaming and direct to consumer is going to have a significant impact,” said Cuban.

“And so trying to find that balance in terms of rights fees and which games are broadcast where is the challenge right now. And we’re trying to figure that out and find the right equilibrium.”

“It’s definitely appointment viewership that still draws people to broadcasting, and the stories you can create with a sports team over the course of a season. I think it is really what draws people in,” said Miely.

“Yeah, I agree. Look, you can’t replicate it anywhere else,” said Cuban. “The bigger question becomes, how do young kids who are key right, you want to build your fans now, so that they’re fans for life, how do they consume sports?

“Because it’s not the same as it used to be. I mean, my 11 year-old son and 14 year-old daughter are on TikTok. They would be on there all day, every day, if they didn’t have school or things that we made them do. And TikTok is even smaller than an Instagram or a YouTube, and that’s where they get most of their information now. It’s crazy, but that’s the reality.

“We did a poll on Twitter not long ago, where we asked people under 25 where was the first place they go to for information, is it video or is it to read? And people over 25 mostly were reading, while people under 25, almost all video, 67%.

“So it’s just crazy, the variance. When we were growing up we just naturally watched the games on television, it was just, you watched your team with your family, you had your local team that you always rooted for — that’s not the case anymore. And so because that’s all changing, as a team and the NBA as the league, and all sports for that matter, have to come up with different strategies to reach younger fans.

“And so now the question becomes, can we come up with multiple streams on linear television? You see that with the last Final Four that aired, you’re seeing it with the NFL where there was a traditional CBS version and also a Nickelodeon version [of the Super Bowl], and they used a lot of augmented reality to slime, when a touchdown happened — all these new tools.

“To what extent can we take advantage of this low cost, available bandwidth, and how many versions of a broadcast do we need to create? Is it two, is it 20? Is it one for betting, one for kids, five for kids? One for the Twitch generation, one for gamers?

“Because, when you look at what kids consume right now in particular, they have their personalities that they like, Ninja on YouTube for Fortnite, and all these different types of broadcast on Twitch — they’re used to watching Call of Duty clips and the personalities there are completely different.

“And so how do we convey that, how do we extend that so that we give the type of broadcast that kids will want to sit there and watch for two hours? Because getting kids to watch 20 minutes of something is hard, let alone trying to get them to where they’re going to watch two hours. And I don’t think we’ll get there, but there’s a way to keep their attention for at least some period of time, where we, as broadcasters, can get credit for it and be able to sell advertising.

Critical Role of Business Leadership During a Time of Fear

“All right. Let’s go a little bit larger now, and I want to ask just kind of a broad-based management question: what’s been your approach to leading people across your organizations over the past 11 months?”

“Oh my goodness. Communicate, be authentic, be honest, recognize that everybody’s afraid, nobody just looks at this… some people do, but most people don’t look at this and just dismiss it. We all have our own personal health fears, our family health fears, and companies have got to recognize that and be very considerate and compassionate.

“And if you’re not, your brand’s going to get destroyed, because just like we saw everybody dive into certain stocks, that same sort of digital density can create just the worst possible scenario, so you’ve got to be brutally honest when you communicate. So that that’s first and foremost.

“And then you’ve got to recognize that people are now far more online and they’re a lot more comfortable online, particularly a year later, so you’re going to have to be where your consumers are. And a lot of my Shark Tank companies, they weren’t necessarily online enough and we’ve really had to push them in some cases to recognize that you have to be online first and analog second or bricks and mortar second,” said Cuban.

“How has Shark Tank changed over the years, and how were you able to cultivate it — everybody collectively — into the hit that it is?”

“You know, it just struck a chord I guess. There’s still a lot of people out there who really recognize that the American dream is alive and well, and they watch the show and they see a family from Iowa, or somebody who started with nothing from Dallas or wherever, coming on there with just what is a simple idea that anybody could have thought of and they turned into a business, and now they have a chance to get a deal from one of us and turn it into something big.

“And I mean, just seeing that, every Friday night and lots of repeats, I think really motivates people. It’s the number one show or typically top three shows that families watch together, and as you know, just even getting a family to watch the show together is difficult,” said Cuban.

“So obviously there’s a lot of pride with everybody that you’ve helped,” said Miely. “I mean, have you thought about that through the pandemic, the opportunities you’ve afforded and how it has potentially gotten people through?”

“Yeah. I mean, I do take pride in them. And watching an entrepreneur blossom and build their company into something that helps their dreams come true, or going from nothing and feeding their family and allowing them to feel confident about their finances and their financial future, that is special.

“I’ve had a bunch of companies that have gotten sold and made some decent money, and watching the smile on an entrepreneur’s face when they get that check, it’s crazy. And across my companies, I don’t know the exact number, but I know Shark Tank at one point did some math and we’ve created thousands of millionaires, not a couple but thousands, because of people who worked there and got stock.”

If You Cannot See the Fool at a Negotiating Table, Then It’s You

“There’s no easy transition to this, but I’d be remiss not to bring it up – which is what’s happening in the stock market. With the stock market goings-on in the first part of this year, how do you think it’s going to play out for business investors and personal investors. What should they be taking note of?”

“And they’ll buy other assets too, they’ll buy baseball cards, they’ll buy digital token assets, you name it, they’ll buy something in the hope that it will go up. So the first thing you pay attention to are interest rates. And right now, the 10 year is like 1.1% or something like that. If it stays at that rate — and the Fed says it’s going to for the next few years — chances are the market is going to trend up and so will the value of other assets.

“Now obviously, with all the excitement going on with stocks, you always have to be careful. I’m a fan of all these folks getting together on Wall Street Bets and working together: to me, that’s no different than a big banker getting all their clients to say, okay, buy this company, buy IBM, 20 years ago or 30 years ago, and all their clients jump in and then the stock goes up and everybody’s like, why did the stock go up?

“And there’s others that have done short squeeze. The only difference now is it’s the little guy that’s driving the wagon, and I think that’s a good thing. But again, you got to be careful.

“If you’re thinking about following the herd, realize there’s always going to be someone who gets trampled. So recognize what you’re doing is a big gamble if you don’t understand the company. And be careful.”

“Yeah, watch out: if you’re just smart enough to be dangerous, that means you’re dangerous to yourself,” said Miely.

“Yes. My son actually got into investing in some of these stocks. I’m getting alerts that he’s bought and sold a couple of companies — this company for $6, that company for $8. And I tell him, you always look for the fool at the negotiating table — even if it’s buying and selling stocks — and if you don’t see the fool, it’s you.” 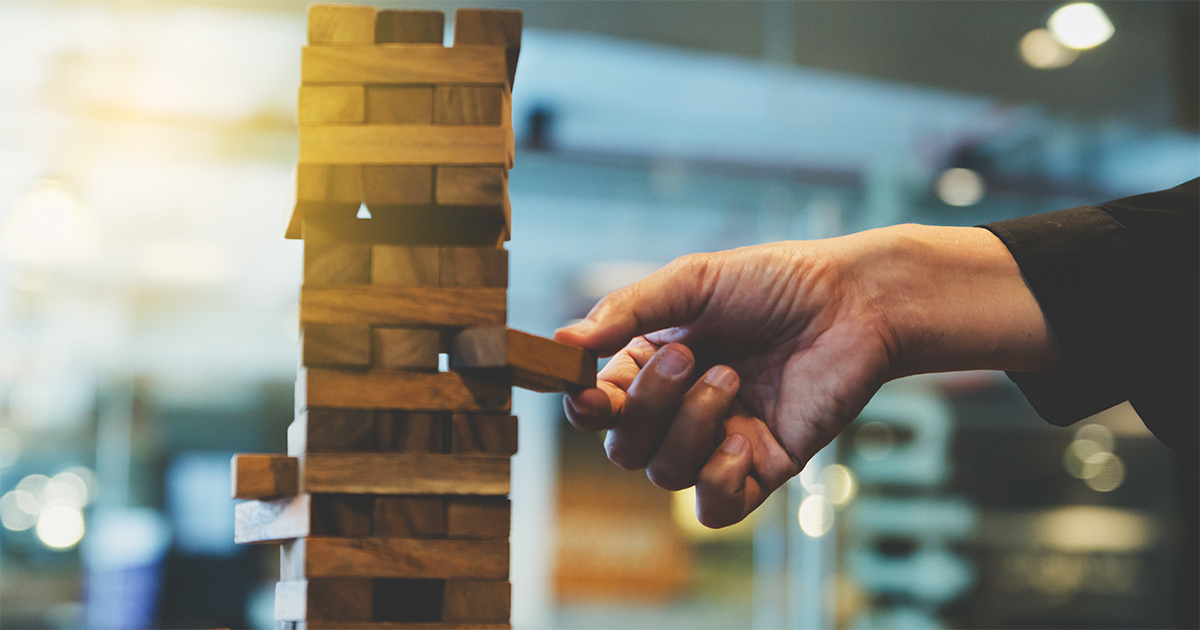 Leadership in a Time of Accelerating Change 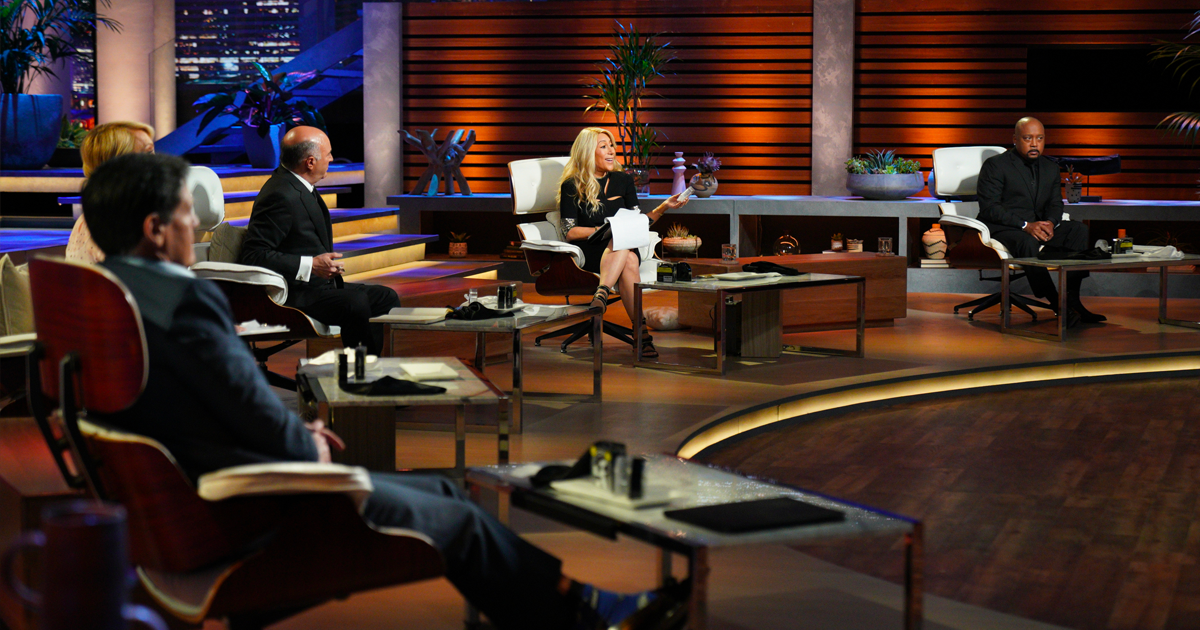 ABC’s “Shark Tank” delivers a master-class in how to safely film a reality production during a pandemic. 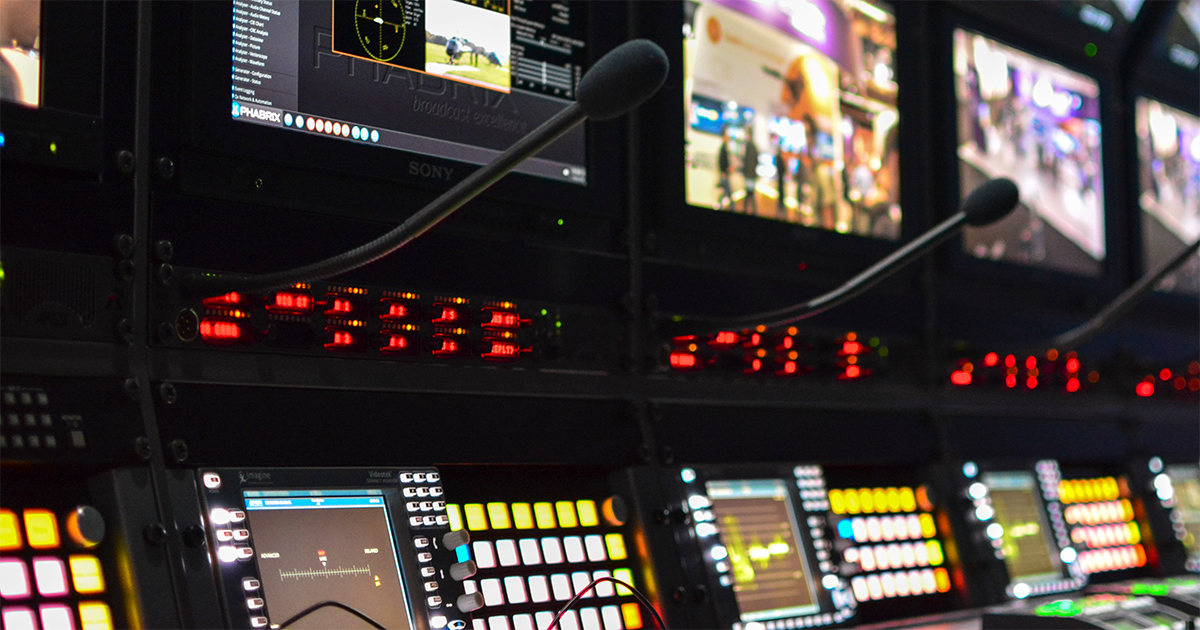