Will NFT mania send us into the next era of ownership and collecting by this time next year?

Probably not. But the public’s lack of understanding or consensus around the use and potential of nonfungible tokens may be the gain of artists, innovators, and businesspeople.

Nonfungible tokens are on the road to be many things to many people and industries. Creatives of all kinds are now considering the opportunities that this blockchain-based medium may offer.

For some, NFTs are the answer to the problem of ownership in a digital world.

Others have touted them as a solid and inventive plan to get a hurting media and entertainment business back on solid financial footing through fundraising and incentives.

Another approach is to simply ride the wave and see whether NFTs will stand the test of time: Watch and learn from other industries and then monetize. (But before you decide that’s the only logical approach, keep in mind that the first NFT was invented in 2014. For more on the basics of NFTs and their evolution, check out this explainer from The Verge; you’ll get a great sense of how quickly this has trend has evolved.)

NFTs make a lot of sense for Hollywood. Intellectual property is already king, and some posit the difficult-to-dupe nature of these digital proofs may solve ownership quandaries for both makers and consumers.

And while some have expressed concerns that NFTs will muddy the waters for how we understand intellectual property and copyright law, IP attorney and professor Rebecca Tushnet seems confident that the current framework will still largely apply.

Tushnet told Harvard Law Today, “From an IP perspective, NFTs don’t change anything. If you didn’t have the rights to distribute a work before, you don’t have them now. If the sale or memorialization of an NFT involve reproducing and distributing a work that is under copyright—which they might not, at least for nonvisual works—then copyright will cover those reproductions unless a limitation or exception like fair use applies. Adding an NFT won’t increase anyone’s rights, whether over the Mona Lisa or the Brooklyn Bridge (which has already been made subject to an NFT or two).”

But when it comes to the value of crypto-art, Tushnet sounds more like the rest of us (if we taught at Harvard). Tushnet said of NFTs: “Like blockchain currency, it is worth whatever humanity collectively or individually decides it’s worth. It is a melding of Oscar Wilde and Andy Warhol, art for art’s sake and commerce for commerce’s sake.”

That sounds both promising and ominous, doesn’t it?

If you want to be less philosophical about it, what’s the harm in dipping your toe in the these newly NFT-infested waters? You might argue that there isn’t any.

“It’s all upside. It’s found money,” Cinedigm Digital Cinema Chairman and CEO Chris McGurk told Fast Company’s Nicole LaPorte. He explained, “There haven’t been many positives in this industry as traditional markets have contracted. People have been getting laid off, things have consolidated. I think NFTs are a brand-new market that could be a good upside for the business as long as people approach it the right way.”

So, what is the right way? According to McGurk, the enthusiast space is ripe for NFT monetization. For example, Cinedigm plans to experiment with NFT subscription bundles centered around cult favorites: Bob Ross, Westerns, film classics. How exactly will it work and what will it cost viewers? TBD.  But apparently airline miles are the model for the proposed rewards program.

McGurk said, “It’s an interesting moment. People are trying to understand it and make money off it at the same time.”

NFTs as the Basis for Worldbuilding

One method that seems especially promising is adapting a popular NFT into another medium. For example, Anonymous Content has optioned Micah Johnson’s Aku with the plans to transform the NFT of a Black boy wearing an astronaut helmet and a backpack into a TV and film franchise —and maybe more down the line — even as Johnson plans to release more installments for his NFT character.

“Aku is not just going to be an NFT,” Anonymous Content CEO Dawn Olmstead explained to Fast Company. “It’s going to grow itself out. If you think big, you can look at Walt Disney creating this little short with a Mickey Mouse character and then building a world around it.”

Olmstead seems to be aiming for a model that’s a bit like concentric circles. “You’ll have two important things coexisting at one time, and when you have something so immediate, like an NFT, where you can spawn something weekly . . . we need to work hand in hand so both things can thrive. The challenge is keeping a lid on things and not oversaturating or going beyond expectations, or taking a left turn that maybe isn’t aligned with the initial IP. It’s something we have to be mindful of.”

READ MORE: Why Hollywood is jumping on the NFT train (Fast Company)

Fox Entertainment and Bento Box are also betting on NFTs with the launch of Blockchain Creative Labs. Variety reports that the initiative is backed by a”$100 million creator fund” and helmed by Bento Box CEO Scott Greenberg.

First out of the gate for this new venture will be “Krapopolis,” an animated crypto-comedy set in ancient Greece. Per Fox, this latest offer from “Bob’s Burgers” creator Dan Harmon is the “first-ever animated series curated entirely on the Blockchain.” it’s not entirely clear what that will mean, but they definitely plan to sell Krapopolis merch, including NFT GIFs and tokens for social experiences targeted to super fans.

Filmmaker Trevor Hawkins sees a different type of potential for NFTs. Even though he took out a second mortgage on his home to make “Lotawana,” he’s turning to a profit participation model to fund distribution and differentiate the movie from other indies. In fact, Lotawana’s promo site bills it as “the first movie in history sold and premiered through NFTs.” OpenSea no longer lists any as available, but keep an eye out if you’re interested.

Hawkins told IndieWire’s Chris Lindahl, going the NFT route “was a huge risk as well, but it feels right. We’re just a little bit ahead of the curve here … my personal opinion is that it’s here to stay.”

It appears this bet is paying off, since Hawkins told Lindahl that he’s in talks with a firm that wants to sell “Lotawana” NFTs as film memorabilia, including stills, scripts, and posters.

IndieWire also reports that The Forest Road Company has pulled together a $20 million fund for pre-production movie investments, to be paid out in the form of NFT rights.

Forest Road CEO Zachary Tarica is pragmatic about this development, “All we’re really talking about is the use of technology to create more efficient contracts and decentralize the flow of funds. It’s a more efficient forensic watermark and smart contract that allows for the person who created the IP to better, more efficiently monetize the thing they created.”

READ MORE: Hollywood is starting to monetize NFTs, even if most people aren’t yet on board (IndieWire)

It sounds pretty hard to argue with the utility of that vision, although questions obviously remain about implementation and industry-wide adoption.

Composer Tom Holkenborg is also experimenting with NFTs as a source of funding. Holkenborg a.k.a. Junkie XL is auctioning off an NFT drop on the AmplifyX platform. The top item is customized biographical score, which will be delivered to the winning bidder as an NFT.

Holkenborg told The Hollywood Reporter, “This is my first real exploration of the blockchain, I am definitely curious to experiment more, drawn to its transparency and decentralized approach. Beneath the hype it still feels quite punk rock and DIY, and I believe that major possibilities exist within the blockchain to help empower creators. It’s always good to think about expanding the limits of how and where music can go, and to collaborate with artists in other mediums.”

This auction is also positioned as more environmentally friendly than others because AmplifyX is built on Tezos rather than Ethereum blockchain (the most common choice for NFTs). Additionally, THR reports that Holkenborg and AmplifyX will donate 10% of the auction’s gross proceeds to Earth Alliance.

Are NFTs the future or yet another trend borne out of lockdown boredom? Let us know in the comments below. 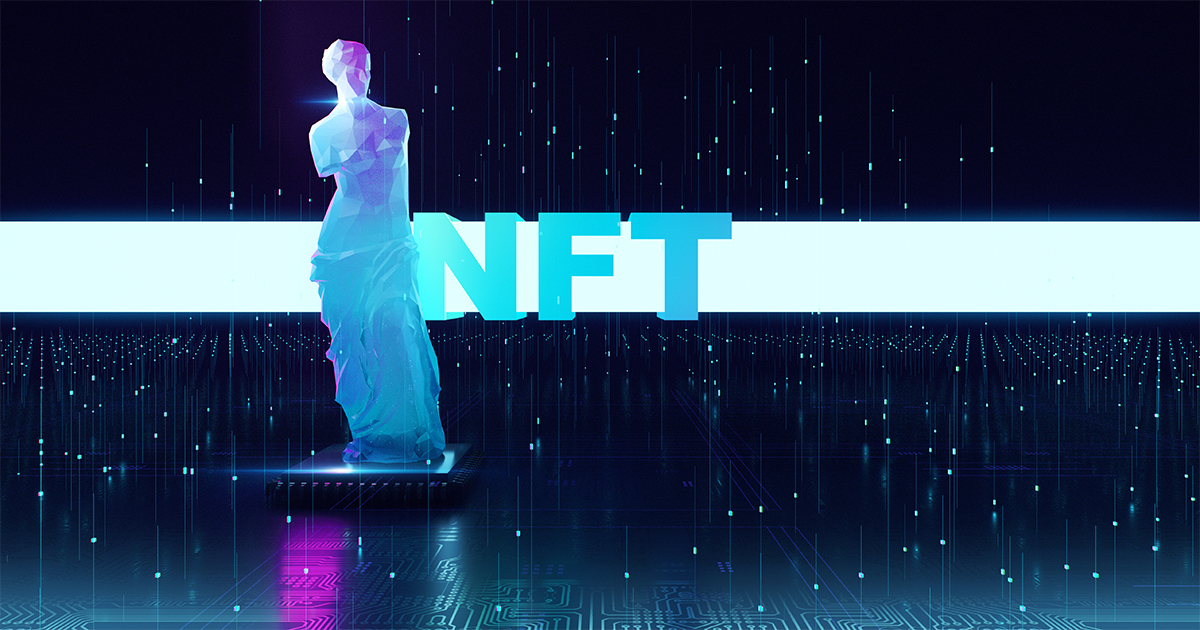 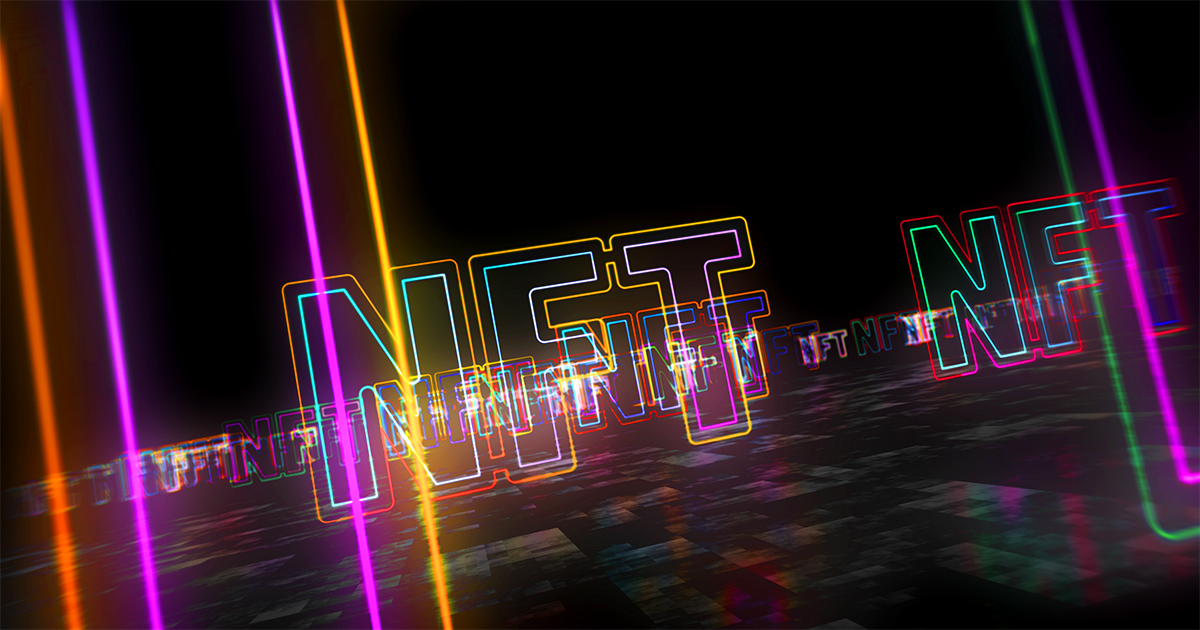 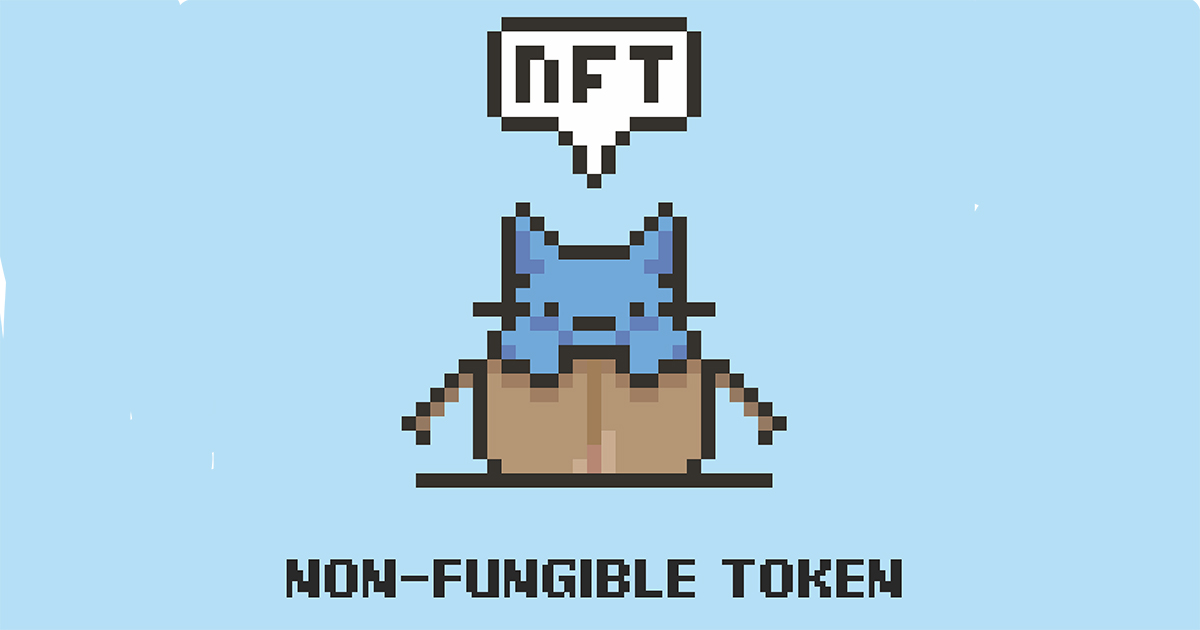