READ MORE: Welcome to your office in the metaverse (Financial Times)

It’s inevitable that elements of the 3D internet will be co-opted into the work environment and become as ubiquitous as email.

With tech giants like Meta and Microsoft throwing billions of dollars into developing holographic versions of video conference technology, at some point soon corporate life will entail some form of team meeting in a virtual space.

It’s a vision that includes offices in the metaverse, one where companies are already using VR headsets and virtual worlds to onboard and train new employees.

However, experts cast doubt on whether AR / VR is likely to replace face-to-face communication any time soon, while raising ethical questions about what rights employees will have in the metaverse.

“I don’t think it’s going to fully replace it or even come close to it,” says Lynn Wu, Wharton Business School professor and an expert on emerging technologies, in a conversation with Working It host Isabel Berwick and Dave Lee, the Financial Time’s San Francisco-based tech correspondent. “I think [it’s best to] think of AR/VR as an additional communication tool, just like email.” 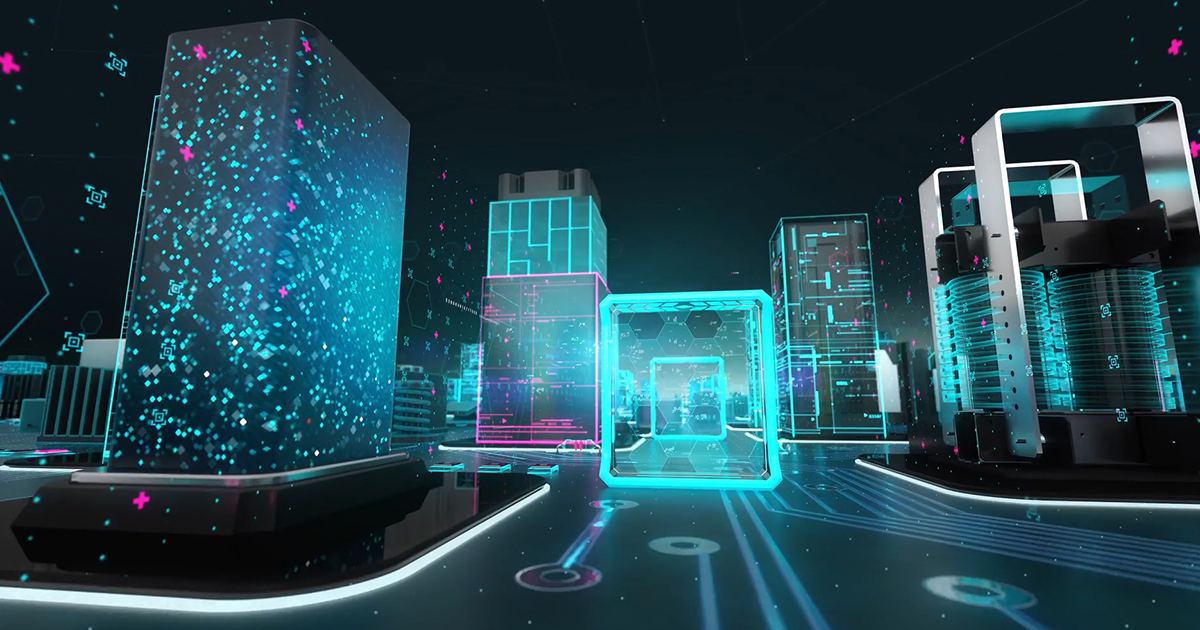 The Metaverse Will For Sure Change the Way We Work. But How?

The principal reason is the sheer discomfort of wearing a VR headset and of actually being in a virtual world for any length of time.

“As technology has improved, maybe we can extend [the time], but I don’t think that’s something that’s fully gonna replace face-to-face communication.”

Some enterprises are taking to the pseudo-metaverse in a big way. Consultancy company Accenture, for example, has been onboarding hundreds of thousands of staff into online work spaces, principally to combat business continuity during the pandemic and to make working from home and office more practical going forward.

“Whereas previously you might have flown all these people to a head office, somewhere to have a presentation from the CEO and have them sign all their HR forms and do all that kind of stuff — that’s increasingly happening in the metaverse,” says Lee. “The pandemic forced that as a way to bring people into companies, but also you can see the appeal. It’s much cheaper. It’s much quicker. You can do it in a broader way than perhaps you could have done before.” 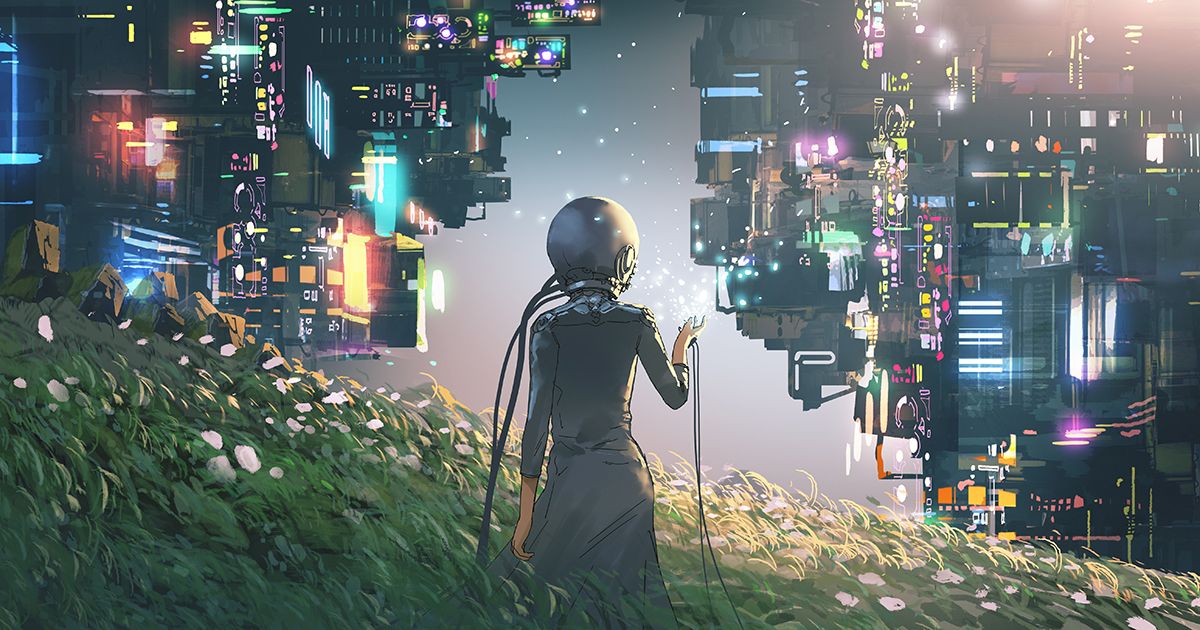 Companies like BMW are also using virtual tools to train staff, “and finding that’s a pretty effective way of capturing people’s attention,” according to Lee. “Whether it’s as good as meeting people in person… that’s a big question we’ve yet to answer.”

As corporations gradually co-opt more regular working processes into the 3D internet then workplace practices need to evolve along with it. There are important HR aspects to consider, not least around privacy.

“Are we recording these [virtual] meetings?” poses Wu. “If so, HR rules need to reinvented to accommodate this. You may need new hiring practices, new cultural work norms. VR headsets are pretty expensive so you risk creating potentially even greater digital divide among those who have, and those who have not. And what about people with disabilities? What are we gonna do about that? Some might find VR helpful. Others might not.”

“One person’s gamification is another person’s monitoring. I think making work a game is as much about logging progress as it is incentivizing people. The metaverse definitely has the capability and potential to be the most heavily monitored workplace environment we’ve ever known.”

There are burning questions about how close someone can get to you, or your avatar, in the metaverse rules governing how we interact with other online.

“If the metaverse is going to be a much more immersive and realistic place to exist in, then it stands to reason that abuse and harassment and just general uncomfortable behavior, whether it’s from colleagues or whoever is going feel much more intrusive as a result,” Lee says. “There’s also, there’s lots of questions about what kind of employment law exists in the metaverse, who is deciding what’s okay and what’s not okay. Is that up to Microsoft or Meta or is that up to governments?”

A key strategy to engage employees in the 3D office and boost productivity is that of gamification — a somewhat fanciful term for creating 1984-style data serfs.

Amazon, for example, “gamifies” its warehouses in the sense that it creates targets and charts for its pickers and packers.

“One person’s gamification is another person’s monitoring,” says Lee. “I think making work a game is as much about logging progress as it is incentivizing people. The metaverse definitely has the capability and potential to be the most heavily monitored workplace environment we’ve ever known.”

He continues, “If you’re running a company, you might think gamification is fantastic. We can provide these incentives, we can treat work like a game. We can get more out of employees. [But it could be suffocated by the idea that you’re being watched so heavily in your work. You might see that as a far more negative state of play for our working lives.”

The Future of Work: Teleportation, Holograms and Roaming Avatars

Another pitfall is the impact that working in the virtual office might have on our health. How do you feel now when you’ve had multiple zoom meetings when there’s a strain to be “always on,” staring at a screen without relaxing?

“Absolutely exhausted because the feeling of being on camera, the feeling of looking down the camera, looking at other people on camera. these are all behaviors that we didn’t have as a workforce to this degree until just a couple of years ago,” says Lee. “The metaverse could exacerbate all of those feelings, particularly as the technology gets better.”

“Are we recording these virtual meetings? If so, HR rules need to reinvented to accommodate this. You may need new hiring practices, new cultural work norms. VR headsets are pretty expensive so you risk creating potentially even greater digital divide among those who have, and those who have not. And what about people with disabilities? What are we gonna do about that? Some might find VR helpful. Others might not.”

Further down the line there might be an expectation to have a hologram in your room at home rather than just a screen. Microsoft is among companies developing the next level of video communications which involves something more like holoportation in which full-body three dimensional representations of ourselves are beamed into conference rooms.

Bill Gates has suggested that the tech will advance from 2D camera zoom calls to a 3D space with digital avatars in just a few years. But this will still likely be a basic digital presence.

“Holograms, that’s a much taller order,” says Lee. “The hardware to create good holograms is extremely expensive. The technology to consume this kind of stuff is also still pretty nascent. Microsoft’s Hololens is probably the closest thing we have to a very good technology that puts holograms in front of you in the real world — but that’s still very heavy, very expensive. It’s still not a mainstream product.

“If this is going to be part of the future of work, then [this tech] need to be as ubiquitous as a laptop or a television in people’s homes before that really becomes something that we all use as a natural part of our day.”