READ MORE: What to Watch in Web3 (Vayner3)

Web3 and its constituent technologies like crypto currencies and NFTs have taken a knock this year but boosters continue to promote its strengths, arguing that 2023 will be the year of mass adoption.

Vayner3, a Web3 consultancy, is one of them. While not dismissing the “bad actors” and “sobering lows” such as the recent collapse of FTX, Celsius, and Terra Luna, it largely puts Web3 woes down to negative press publicity.

On the other hand, basic knowledge of Web3 has gone mainstream helped by media attention. “The tenor of mainstream media continues to paint NFTs and crypto as a fringe movement rife with scams and scandals,” says Chris Liquin, SVP Strategy and one of the authors of a new report published by Vayner3. “Media sentiment and [falling] asset price are only the tip of the Web3 iceberg, and these narratives certainly broke through to mainstream consumer awareness in 2022.”

Liquin continues, “…but just under the surface, we see initial experimentation, enterprise investment, and technological developments that will continue to meaningfully advance Web3 culture, technology, and adoption.”

According to the consultancy we are past the “shiny new object” phase of gimmick and test, with major brands and big tech players all taking Web3 seriously.

Next year, the “brands who onboard the masses” will offer clear Web3 products, pursue nuanced consumer targeting, and develop intentional go-to-market strategy.

“We expect product strategy to move from scarcity to scale in 2023 with a greater focus on new forms of engagement and consumer insights vs. consumer sales and revenue generation.”

One tactic is to remove the mystifying jargon that clouds much Web3 speak. Choosing to talk of “digital collectibles” rather than NFTs, for example, is an increasingly common a simplification with new platform entrants like Reddit and Instagram using more “mainstream-friendly” terms as well.

Another reason why Web3 is only going to get stronger is the role of Big Tech. Virtually all are integrating blockchain-based tokens into their core product offerings, which is resulting in a hybrid between Web2 and Web3 the consultancy calls Web2.5.

The report also notes that Meta, Shopify, Google, Instagram, Amazon, Microsoft and Reddit are experimenting with Web3: These massive Web2 organizations typically “experiment” with multi-million (if not multi-billion)-dollar amounts of attention, investment and scale.

For example, in its latest pilot program, Instagram recently announced NFT creation, sales and trading will be available to its 160 million US users.

Mobile device proliferation was a primary catalyst for Web2, and Vayner3 expects Web3 to follow a similar mass adoption curve “to migrate from our laptops to our pockets.” The company claims there has been more than 500% growth in Web3 mobile apps available in the Google Play and iOS app stores over the last three years. Meanwhile, blockchains like Polygon and Solana have announced mobile partnerships and manufacturers like HTC have launched Web3-enabled devices.

“While it’s not yet clear what the ‘killer app’ of 2023 might look like, we expect there to be one — if not many — blockchain-based mobile apps on the leaderboard,” says Liquin.

That said, there’s a battle ahead as Web2 Big Tech seeks to retain control. Vayner3 picks on Apple’s “polarizing policy” on in-app purchases with which it seeks to maintain its control and fee structure. Liquin says this has implications for how Web3 app builders deploy and monetize Web3 apps in Apple’s App Store, “which will likely stifle Web3 innovation potential on Apple’s iOS.” The report adds: “the mobile world may be a Web3 battlefield in 2023.”

Other Predictions from the Report:

Web3 is not just for engineers and developers: Enterprises across Entertainment, Retail, Fashion and Tech are hiring dedicated Web3 teams as well. Vayner3 expects them to play a significant role in broad Web3 adoption “through internal education, evangelism, and community-building at many of the largest organizations in the world.”

Crypto payment is more than just a marketing stunt. In 2023, Vayner3 expect more opportunities for consumers to use crypto for everyday purchases. It backs this up citing a recent survey of 2,000 senior execs of US retailers, which found that 75% of them plan to accept cryptocurrency payments within the next two years.

The metaverse is still a long way away and is not poised to be a mainstream driver of Web3 tech or culture in 2023, according to the consultancy.

Mainstream adoption of blockchain-based ticketing may be further off than 2023. At the same time the company expects a wave of IRL activations, deeper engagement with consumers, and new channels for retargeting and post-event community building “to gain meaningful momentum in 2023, specifically during conference and festival season this summer.”

“The hype has died down, but the genie is out of the bottle,” the consultancy declares, advising businesses to build provisions for IP rights, digital asset consideration, and revenue share into agreements with talent, sponsors, venues, and other partners.”

Related Article
Let’s Consider Web3 “The Internet of You” 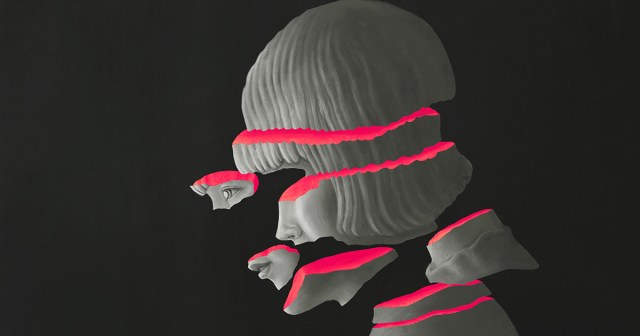 In the Internet of You (IoU), smart tech will be connected into an intelligent network providing hyper-personalized services and assistance.