Even Zack Snyder was at it in Justice League. Changing the aspect ratio from the current widescreen norm has become a creative choice. Snyder went for a 4:3 ratio ostensibly because it helped render the full top to toe size of superheroes on-screen. Although some critics find its (over)use a gimmick that only distracts from the story.

Either way, altering the aspect ratio, even mid-film, isn’t going to go away. So, what has caused the modern resurgence of these formats?

NAB Amplify has listed a slew of modern films eschewing the conventional wide 2.40:1 presentation (or a 1.85:1 aspect ratio that fills up the entire screen).

READ MORE: Aspect Ratio Rethink: When and Why to Shoot 4:3 (NAB Amplify)

Digging a little deeper into the wider societal and industry specific trends is Douglas Laman at Collider.

He points out that, from the 1950s introduction of CinemaScope until 2010, only the occasional curiosity item, like Gus van Sant’s Elephant or Harmony Korine’s Trash Humpers, were shot in 1.37:1 (the Academy Ratio, which is similar to the 4:3 aspect ratio used for 35mm films in the silent era).

One reason for this is filmmakers fear of alienating moviegoers. Another is, post-1950s uses of a 4:3 aspect ratio was associated with pan-and-scan. This process involved the cropping of the film image from 2.40:1 so that it was then seen in a “full-screen” format on VHS or DVD.

As Laman observes, “The likes of Roger Ebert and Gene Siskel, not to mention countless directors, lambasted this practice of altering the appearance of a movie to fit the demands of home video. With such widespread derision, it was difficult for any new release intentionally shot in the format to rise above the stigma of pan-and-scan releases.”

Then a handful of filmmakers began to embrace the possibilities of the classic Academy Ratio, among them Andrea Arnold (from Fish Tank to American Honey) and Kelly Reichardt (from Meeks’ Cutoff to First Cow) who went against the grain.

“By using the more cramped 1.33 aspect ratio, Cutoff was creating a visual extension for the movie’s subversive focus,” writes Laman. “That focus was on how trapped women and indigenous people were in the days of American settlers traveling westward for new land. Rather than just being a gimmick, Meeks’ Cutoff showed how unusual aspect ratios could be used for weighty thematic purposes.”

Since these trailblazing indies and Best Picture Oscar winner The Artist — presented in black and white and 4:3 as befitting its Hollywood heritage story — distributors have backed an increasing number of filmmakers wanting to use unorthodox aspect ratios.

Laman highlights titles produced and/or distributed by A24 that have made especially extensive use of the format, ranging from A Ghost Story to Mid-90s.

“Whereas Elephant never played in more than 38 theaters in 2003, A24 sent out The Lighthouse in its 1.19:1 aspect ratio into 978 theaters at the end of 2019. Unorthodox aspect ratios are no longer a niche entity, they’re being seen in multiplexes across the nation.”

Home video industry trends also had a hand in opening the door for the comeback of the Academy Ratio and related framing. The introduction of Blu-ray discs provided a chance for all movies to be seen in their original aspect ratios on TVs without needing to be panned and scanned.

Also of note is a change that occurred across 2015 and 2016 in certain domestic theater chains, notably Cinemark, in discontinuing the practice of adjusting their screens to cater to a specific movie’s aspect ratio.

“Theaters could no longer complain about the costs or energy necessary to adjust their projectors and screens for an unconventional aspect ratio. If theaters were just going to project movies on a gigantic blank screen regardless of their aspect ratio, why not just film certain titles in a 4:3 format?”

A further reason for its current vogue is oddly a counterpoint to the trend that came in with CinemaScope in the ‘50s. Wide-screen pictures were a technical gambit introduced by studios to compete with the box of the TV.

In the age of streaming, feature filmmakers can offer something many prestige streaming TV shows can’t, like presenting a story in a 4:3 aspect ratio. 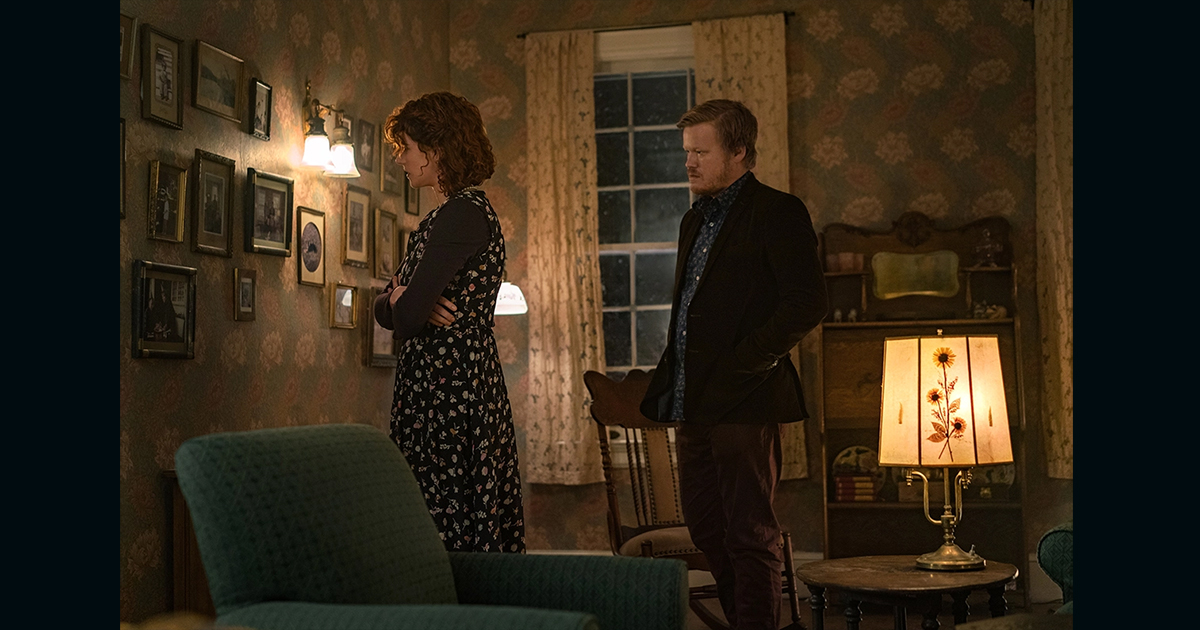 Aspect Ratio Rethink: When and Why to Shoot 4:3

As Laman observes, TV shows that do play with aspect ratio, like WandaVision, are very much the exception, not the rule. Modern streaming TV shows that provide the most competition to theatrical cinema, like The Crown, haven’t utilized these kinds of old-school aspect ratios.

Laman also offers perhaps the most contentious but nonetheless thought-provoking reason for the rise in boxed in screen characters: it mirrors not only of the way we feel about our lives, but also larger sociopolitical concerns.

READ MORE: Where Did the Modern Fascination With Unorthodox Aspect Ratios Come From? (Collider)

As an example, the 4:3 aspect ratio of First Reformed provides a box that traps Ethan Hawke’s protagonist in a parallel for how this character feels frustratingly trapped by an uncaring society. Laman expands this wider than just this one film’s story theme.

“This modern fixation on unorthodox aspect ratios [is] a new tool to visually signify what it’s like to live under constant suffocating societal pressures. The minimal amount of space in the frame is a way to suggest how we’re all constrained under forces like societally ingrained sexism, the dehumanizing nature of capitalism, homophobia, the list goes on and on.

“By looking to visual means of the past, cinema of the 21st-century can confront societal woes that resonate deeply with the modern world.”