Apparently, we have Jennifer Coolidge to thank for “The White Lotus” season two’s Italian fantasies. Showrunner Mike White asked friend and season one star Coolidge what she’d want to do if the show shot in Italy, Variety reports, and she responded with every woman’s glam Italian dream: vespas, hot guys in suits lighting your cigarette (well, maybe not the cig part.)

Spoiler(ish) alert: Coolidge’s character, Tanya McQuoid, manifests that Monica Vitti daydream this season. W Magazine’s Ysenia Valdez notes: “One thing’s for sure, when Tanya, played by Jennifer Coolidge, asked for a vacation like Monica Vitti, she got it.”

But she’s not the only one. Aubrey Plaza’s Harper Spiller recreates one of Vitti’s most iconic scenes from the Michelangelo Antonioni film “L’Avventura.”

Valdez summarizes the plot of  “L’Avventura,” writing that it “follows the OG blonde-brunette duo, Anna and Claudia, on a yacht trip with their friends and Anna’s boyfriend, Sandro—when Anna unexpectedly disappears. While searching for their friend, a rather untimely affair between Sandro and Claudia begins to unfurl, and the two grapple with the moral complexities of their romance.”

While shooting a day trip to the town of Noto, cinematographer Xavier Grobet realized they were in the very piazza where Antonioni had filmed Vitti’s eerie and uncomfortable stroll among a crowd of leering men.

Grobet and White seized the opportunity for a shot-for-shot recreation with Harper. TikToker @natergate paired the footage so you can observe how well they pulled this off for episode three, below.

White told Variety’s Ethan Shanfield, “‘L’avventura’ is about the desperate search for the meaning of life as much as the actual disappeared woman. Obviously, ‘White Lotus’ touches on the malaise of wealthy people and that kind of search for meaning when you’re just lounging by an infinity pool.”

“‘L’Avventura’ is not the only film referenced in ‘The White Lotus,’ which is positively haunted by movies and the fantasies they engender,” Carina Chocano writes for the New York Times Magazine.

Coppola’s “The Godfather” trilogy is one of the most famous portrayals of Sicily and Sicialian American life, so it’s no surprise that White Lotus guest Bert Di Grasso (played by F. Murray Abraham) takes his son and grandson to the location of the infamous assassination attempt and expresses longing for its era of acceptable machismo.

Additionally, Chocano observes: “After her ill-fated Vitti cosplay leaves her alone and betrayed, Tanya takes up with Quentin, part of a group of ‘high-end gays,’ as she calls them, who recast her as a tragic heroine.

“Quentin tells her about his own lost love, but it sounds like the plot of ‘Brokeback Mountain,’” and he takes her to the opera to see ‘Madama Butterfly,’ which, in this context, can’t help but call to mind ‘M. Butterfly,’ and a very specific form of romantic deception. As the line blurs between stories and lies, the vibe shifts closer to ‘The Talented Mr. Ripley.’”

READ MORE: In “White Lotus,” Beauty and Truth Are All Mixed Up (The New York Times Magazine)

Related Article
“The White Lotus:” Scenes from the Class Struggle 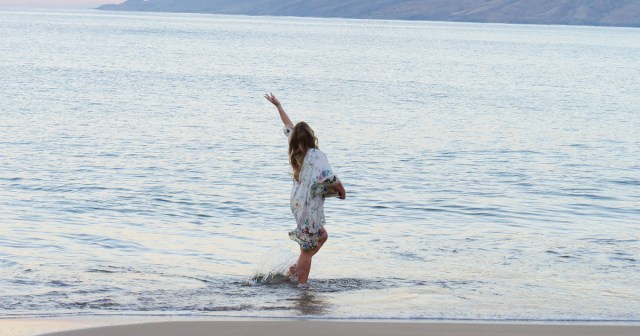 Director of photography Ben Kutchins employs color, framing and exposure to create a distinctive look for the HBO satire.