Olivier Assayas’s second crack at “Irma Vep” for HBO Max shows that while the movie industry has changed radically, the people who make these films have not. Cr: Warner Media

Olivier Assayas’s second crack at Irma Vep had its world premiere as an official selection at Cannes this year. It’s now on HBO and streaming on HBO Max. No surprise then that the questions for him on La Croisette this year were peppered with queries on why he had even repeated the feat.

Back in 1996 the writer-director had made a film about the same subject with the same title. Charles Bramesco from Decider harkens back to the movie with fondness. “The French filmmaking great Olivier Assayas took a bite out of show business in 1996 with Irma Vep, a meta-masterpiece that uses a production remaking a silent thriller serial as a vessel for a state-of-the-industry address.”

It was part comedy, part satire of the film industry — and had a lot to say about both the impact of cinema and the conflicts between creativity and commerce.

The French silent movie serial that inspired Assayas was called The Vampires, made in 1916. It was about an organization of criminals who terrorized Paris and called themselves The Vampires.

NPR’s David Bianculli asks and answers his own question about the new 2022 episodic version. “The level of creativity in the 1996 Irma Vep movie was in itself dazzling. So why would that film’s creator and director, more than 25 years later, feel the need to revisit his own story?

“Based on the first four episodes of HBO’s Irma Vep, the answer is clear: The movie industry has changed radically in the interim — but the types of people making those films have not. And a TV miniseries, with more time to pursue subplots and enrich characters, makes this new Irma Vep even better than the original.”

Steve Greene from IndieWire refreshes the story’s plot and is another fan of the new serial. “American actress Mira (Alicia Vikander), fresh off of a press tour for a massive blockbuster, finds herself settling into the main role in a modern remake of seminal early 20th century French serial Les Vampires.

“Assayas brings a more clear-eyed approach to this Irma Vep series. It becomes a story about how to care without being precious, something that extends far beyond these characters’ on-set lives. Vikander deftly treads a delicate line between showing Mira at a certain remove (from friends, exes, co-stars, and employees) without ever coming across as completely checked out.

“Also expanded for this miniseries are the various subplots,” adds Bianculli. “Actors who want meatier roles, producers with other motives or deals in play, and a Hollywood agent, who’s pushing Mira to star in a new superhero movie, as a female Silver Surfer.

“It’s often very funny, but somehow it all seems believable. So do all the romantic conflicts connecting the on-camera stars and their supporting assistants and crew members. It’s like a show-business version of Downton Abbey, with the upstairs and downstairs folks constantly shifting power roles.” 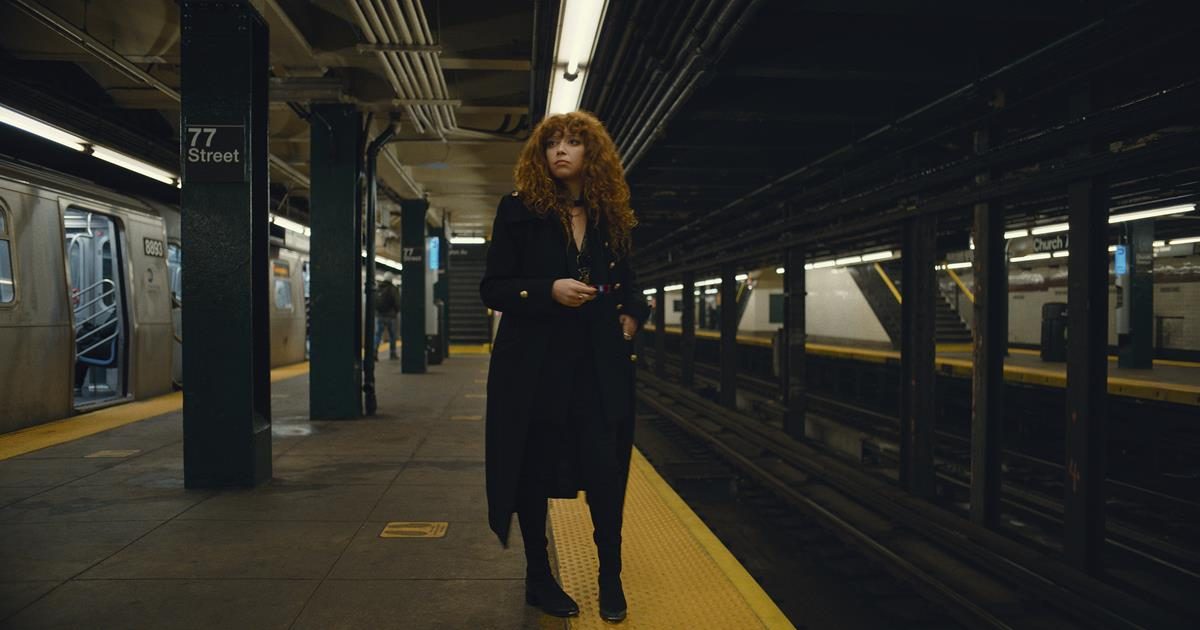 The Wonderful Ways “Russian Doll” Asks, “How Do We Start Living?”

The Atlantic’s Shirley Li calls Irma Vep “the most meta show currently on TV. It has the kind of high-concept premise that would confuse even its own characters.

“They’re members of a TV production themselves, but they can’t agree on the nature of what they’re making. One character suggests that they’re creating a long movie broken up into parts — like the way novels used to be published. Another character argues that they’re doing a TV show that’s essentially just content… industrial entertainment ruled by algorithms.

“But it’s accessible and self-aware in how it giddily honors and skewers the modern entertainment industry.” There’s very modern talk about global box-office blockbusters and intimacy coordinators — but all of it is presented not only with wit, but with genuine affection.

Much of the humor is in the amusing mundanity of life behind the scenes of Irma Vep as Li observes, “Irma Vep, the show within the show, is shot on location in Paris, but Assayas rarely displays the glamorous side of the city, preferring to show hotel room interiors, trailers, and on-set facades over tourist destinations.

“Amid the discussions of what qualifies as cinema, conversations about prosaic concerns — budgets, schedules, whether the show will be at all ‘binge-worthy’ — get woven in. As if to point out the workaday air of Irma Vep, a brief scene even features a group of background actors discussing how Emily in Paris, the flashy Netflix series, provided ‘yummy’ food on set. ‘Makes such a difference,’ one of them marvels.”

READ MORE: The Delightful Pretentiousness of Irma Vep (The Atlantic)

Assayas himself deals with the “why” question in simpler terms when asked by Vulture’s Rachel Handler. “In many ways, a series has become the dominant format recently in filmmaking. I always thought it was not really for me. I always thought that series weren’t exactly my style, that I was more attached to movies and the big screen, but when I started wondering what could be a series for me, I thought maybe there’s a way that if I function with the right people and have the same kind of freedom I have while making my movies, maybe it’s worth giving it a shot. Doing something long format versus something closer to a short story.

“The whole point of making a series out of Irma Vep was to go two steps further on themes I had only toyed with in the original. There are a lot of themes that I expanded. But I always use elements that were present in the original. I had space and time to push them much further.”

READ MORE: ‘Irma Vep Is Not a Movie. Irma Vep Is a Concept.’ (Vulture)

Elisabeth Vincentelli from The New York Times tries to classify the new show. “Most shows fall within recognizable categories: original stories, spinoffs, docudramas or, increasingly, reboots and revivals. Then there is Irma Vep. Olivier Assayas’s new HBO series is more like a braid in which the past and the present are inextricably intertwined.” 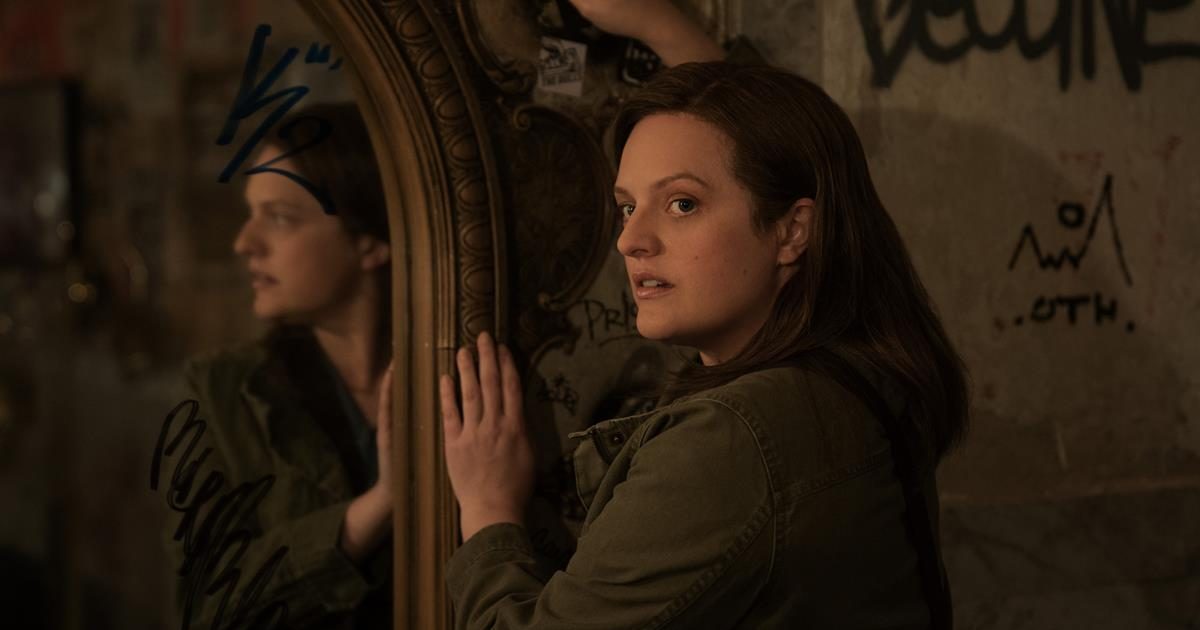 “Shining Girls:” A Story/Series With a Shifting Narrative

But the Li concludes her review with a note of caution. “With so much focus on the mechanics of moviemaking, the show, like the 1996 film, risks becoming too esoteric. But Irma Vep exhibits a pleasurable lightness. The conversations between characters may focus on, say, how studios care only about audience needs these days, but the rhythm of such chatter reveals the way everyone on set, not just the actors, perform to some degree.”