Holy Spider is a film about the rise and fall of one of Iran’s most infamous serial killers, but the director’s intention was not to make a serial killer movie.

“I wanted to make a movie about a serial killer society,” director Ali Abbasi says. “It is about the deep-rooted misogyny within Iranian society, which is not specifically religious or political but cultural.”

Released earlier this year, the thriller has taken on new significance as violence against women in Iran has been in the news amid mass protests against the country’s “morality laws.”

“I don’t want people to see this as a message movie, although misogyny and dehumanization are themes we explore,” he says. “My intention was to hold up a mirror to Iranian society, and while the mirror might be dirty or broken, it shows a good portion of what it feels like to live there.”

Inspired by actual events two decades ago in Mashhad, Iran, Holy Spider is a thriller that follows a crusading female journalist investigating the “Spider Killer,” an unknown man who believes he is doing God’s work by purging the streets of female prostitutes.

The filmmaker, who lives in Denmark, shot the film in Jordan to bypass Iranian state censorship. His chief crew are Danish — including editor Olivia Neergaard-Holm and DP Nadim Carlsen DFF — and it’s now Denmark’s submission for the International Feature Film Oscar.

Abbasi was living in Iran in the beginning of 2000s when Saeed Hanaei was caught and put on trial. It was during his trial that the story really caught his attention.

“In a normal world there is no doubt that a man who had killed 16 people would be seen as guilty. But here it was different: a portion of the public and the conservative media began to celebrate Hanaei as a hero. They upheld the idea that Hanaei simply had to fulfill his religious duty to clean the streets of the city by killing these ‘dirty’ women. This was when the idea of making this film came to me.”

Over the next 15 years he and Afshin Kamran Bahrami wrestled with the script, at one point considering turning it into a novel before the realization that it would be more interesting to tell the story from the point of view of asking: “What kind of society, setting, and characters would encourage his behavior? Where does this thinking flourish?” Abbasi explained to A.frame’s Alex Welch. “As a result of that process, the script transformed from a story about a serial killer to a story about a serial killer society.”

From there, the film evolved into a genre movie, which Abbasi calls a Persian film noir, in which the female investigative journalist plays an increasingly central role.

“In a straightforward serial killer movie, you have a killer with a twisted mind and a cool, smart detective or journalist who is trying to decode that mind for the audience,” he relates in his director’s statement. “The criminal is revealed over time, as in The Silence of the Lambs. But the climax of Saeed’s story for me has always been the fact that he was hailed by some as a hero. This story is not about the mystery of being a serial killer — it’s about the banality of Saeed’s life, how ordinary and unsophisticated he was. For me this is more interesting than a mythical Buffalo Bill-type character.”

The city of Mashhad where the story takes place is presented with a seedy underbelly. “It’s noir to the core,” Abbasi says. “I love film noir as a genre and I wanted to create a Persian noir from its familiar elements. All those lost souls, broken dreams and dark places that emerged out of post-war America are part of the everyday landscape of most Iranian cities. I wanted to find a language and iconography that came from the place itself, in this case Mashhad, rather than from a Humphrey Bogart movie, or Chinatown, or David Fincher’s Zodiac.”

Those references imply a romanticism that is absent from this at-times brutal depiction of violence.

“It’s not like we’ve made an explicit movie — but it’s one of the few movies set in Iran that conveys a certain realism. Any movie you see is presenting a parallel reality of Iran, like movies from the Soviet era. Almost all of them adhere to a set of written and unwritten rules, even movies critical of the Iranian government. The taboos that are never broken in Iranian films include nudity, sex, drug use and prostitution. But those things remain a big part of Iranian society and they are relevant to my story, even part of its atmosphere.”

Initially the lead character, Rahimi, was intended to be a younger, more naïve and inexperienced reporter. We learn from Gregory Ellwood at the Los Angeles Times that over the course of the three-year pre-production, the filmmaker auditioned hundreds of candidates before he found the right actress.

That was until she changed her mind a week before the shoot was set to begin. Despite his desperation, no one expected Abbasi to find his replacement in the project’s casting director, Zahra Amir Ebrahimi. She was a star of Iranian TV in the 2000s but left the country in 2008 after becoming the target of a smear campaign.

She went on to win the Best Actress award at Cannes in May for her performance and is generating Oscar buzz.

“My little context with journalists in Iran was that you need to be really thick-skinned to be able to do anything in this country because as a woman, and especially as a woman that is doing social and crime reporting, you are really dealing with the most misogynist part of the misogynist society, with the court system, with the police and all that,” Abbasi told Ellwood. “I think the character we end up with, is someone who grew out of Zar Amir Ebrahimi the actor. That really changed the trajectory of the character in big ways.”

READ MORE: Film noir ‘Holy Spider,’ based on decades-old killings, can be a lesson for current Iran (Los Angeles Times)

The film’s depiction of women, in general, feels very purposeful and a direct critique of the censorship, on-screen in Iranian cinema and in public, surrounding women’s bodies.

“The fact of the matter is that [Iranian cinema] adhere[s] to a certain censorship and certain view of women’s lives that is not true,” he tells Welch. “Nobody in Iran, even if they’re super religious, sleeps with their headscarf. They don’t always walk around with 10 meters of cloth around them. Women have their own lives. They have their sexuality, and their jobs. They have a physicality, and that physicality has been absent from Iranian cinema’s presentation of life.

“With Holy Spider, it felt like we had to be concrete about the bodily experiences of our female characters, whether it involved violence, sex, or showing their painted toes. I think that in itself is a political act.”

Noir is in fashion yet again. This cinematic style is trademarked by stark lighting, saturated or black and white colors and ambiguity. Plot tropes focus on crime — those who commit it, convict offenders, or cover the ill doings, all with a cynical eye to human nature. Find out what you need to know with these essential insights curated from the NAB Amplify archives:

Related Article
The Revolution Will Be Televised: Making the Immersive, Explosive “Athena” 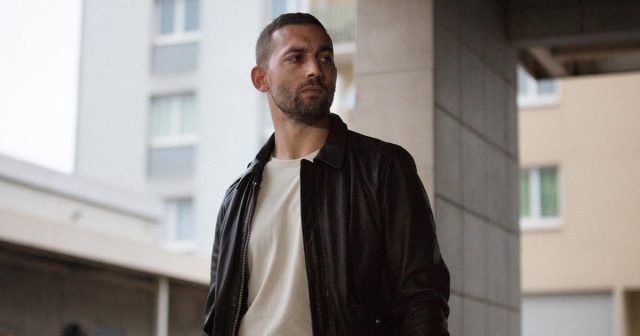 Drawing on the tradition of Greek tragedy, Romain Gavras’s new feature for Netflix, “Athena,” is an explosive epic in more ways than one.