Currently streaming on Disney+, Andor is a much more substantial series with genuine emotional depth — so it may not appeal to all Star Wars fans.

2016’s Rogue One: A Star Wars Story made the mildly devoted Star Wars fan take another look at the universe. Making two seasons of an episodic filling out the prequel story promised more of the same devotion and the vital backstory we wondered about.

The great news is that this is exactly what has happened with Andor. The Playlist’s Rodrigo Perez talks for all of us new devotees, writing, “A much more adult, serious, dirtier, and complicated look at the Star Wars galaxy and what living under an oppressive regime does to its populace; centering on one of its leads, Rebel Alliance Captain and spy Cassian Andor.”

READ MORE: ‘Andor’ Review: Tony Gilroy Doubles Down On ‘Rogue One & ‘Star Wars’ For Adults In Engaging Spy Thriller About Tyranny (The Playlist)

With the advent of streaming, the ability to do a series that could potentially answer those questions by examining the untold story of the formative years of the Rebellion and the personal history of the hero who gave his life for the cause became more of a reality.

“We’ve done 12 episodes for the first season. The 12 episodes that we’ve done cover one year in time. We’re going to do another twelve that are going to take us over the next four years into Rogue One.”

In a series of interviews, Gilroy and his editor brother, John Gilroy, spill on the intensity of the work involved and how naive they were going in, which ironically helped them cope.

“Scripts just have to be dead tight, just dead tight,” Tony said to Maggie Lovitt at Collider. “I was so naive at the very beginning. I don’t know. I mean, when I think back, what I didn’t know when we started is shocking to me. Really, it’s like I said before, it’s like having kids. If you knew what it was going to be, you wouldn’t do it. Once you do it, you’re like, Oh my God.”

Brother John, who edited four episodes (and was the finisher on the rest), also saw the strength of scripts that were watertight, as he told Sarah Shachat, host of IndieWire’s “Filmmaker Toolkit” podcast.  “Finding the tempo of the show was really not hard in the cutting room because a lot of it was written and executed so well,” he said.

In fact, there were no scenes that weren’t used in the show. John even joked that there wouldn’t be any DVD extras as there was nothing left to use. “The better the scripts, the less you’re going to have to invent later,” he concluded.

John explained to Iain Blair at Post Perspective how the show wasn’t relatable in size to any other medium, film or linear television. “I’ve been on big movies editing for a year, but this was like doing four movies in two years. It was huge, with a lot more people on the post team and a lot more editors — seven in addition to me. You work the same way as a movie, but you delegate more, and there are a lot of moving parts. You’re always overlapping with one or two or more blocks at a time, so there’s a lot of place-setting,” he said.

“They put a lot of money into this, but not as much as in a big feature, so the way you make up for that is that the TV schedules are longer. All the VFX shots took a very long time, but we had more time to get it all right. It’s the same thing with the sound. The sound crew is smaller, but all the prep is far more spread out.”

During an episode of “The Rogue Ones: A Star Wars Andor Podcast,” John described his work practice and how he cut his episodes together. “For me it’s a feel, it’s instinctual. When I’m cutting a show I’m actually watching it in super slow motion kind of. It’s like watching a glacier move, but it’s moving in my head as I’m building it,” he said.

“It might be one of my superpowers but I can watch something over and over again and I’m really good at keeping my bearings and keeping objective,” he added. “You’ve also got to know when it’s done and not walk past the truth, I think I have a pretty good sense of that. There’s so much work to do but you could mess about with something forever, I’ve seen people do it, believe me.”

READ MORE: ‘Andor’: Editor John Gilroy Talks Being ‘Rogue One’ Fixer & Building ‘Andor’ From The Ground Up [The Rogue Ones Podcast] (The Playlist)

Speaking to Shachat on the IndieWire “Filmmaker Toolkit” podcast, the brothers discussed the score and how “spotting it,” or cueing the score, was so important.

“We had to learn how to spot differently on this than we had been trained to do making movies. If you spot normally a lot of times you can have a scene, say an eight page scene and you spot it like a movie and you put good music too soon all of a sudden the scene just disappears, it just washes out,” Tony said.

He challenged the music fans to watch how late they spotted. John agreed that the scenes were longer and you didn’t want to run out of gas. “You feel that it’s sometimes better when it’s dry for the first few minutes,” he said.

“Ours is the opposite of that and is very specific,” he continued. “We were always trying to find points of entry to start us off. Like the gloves on the wall in Ferrix, where you would hang them after working a shift. In your imagination that’s where your father or your mother hanged their gloves before you. It was that obsessiveness we were after that slowly built-out their culture.”

The Playlist’s Perez sums up what this gem of a Star Wars episodic means to him, and encourages everyone to watch it, even super-fans. “If Andor is slow to start, it ignites with fury in episodes three and four, paving the way to a show that, so far, feels gripping in its tension and resolve,” he writes in his review.

“It’s debatable if the series will be embraced universally by all Star Wars fans, but if you’ve been disenchanted by most of the Disney-era Lucasfilm projects — or at least craving something more substantive with depth — Andor is likely a provocative one that will light a fire under you, and compel you to sit up and take notice.” 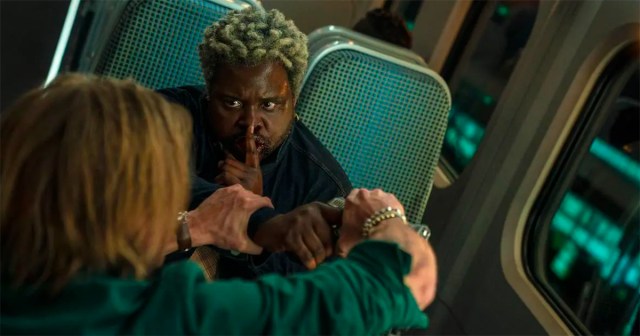 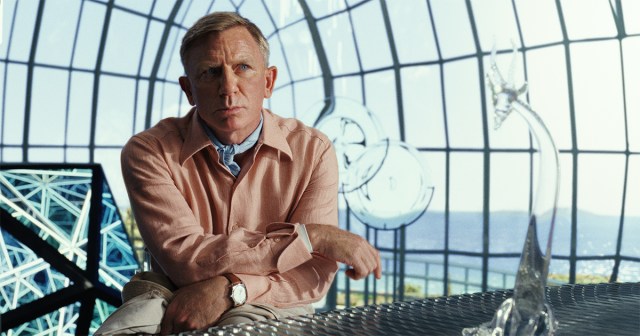 Editor Bob Ducsay, ASC on the layers of structure and sleight-of-hand behind writer-director Rian Johnson’s “Knives Out: Glass Onion.”