Star Wars cast a shadow over both movie versions of Dune even before a frame had been shot. 1984’s Dune was directed and subsequently disowned by director David Lynch due to problems with a promised final cut. But while he was still attached to the movie Lynch removed anything from it that even reminded him of George Lucas’ iconic family-friendly space saga; this was a more serious epic.

Dune 2021 was shot by Greig Fraser who also had to go through his own kind of Star Wars cold turkey regime. Fraser had shot Rogue One: A Star Wars Story back in 2015 and The Mandalorian last year and had portrayed both with his inherent love of the original films. A love he had to expunge as soon as director Denis Villeneuve asked him to shoot the new version of Frank Herbert’s tome.

Fraser told IndieWire, “There were some similarities like the deserts. I mean listen, ultimately, I’m positive George Lucas was inspired by Dune when he made Star Wars. I don’t know if that’s sacrilegious to talk about, but there are a lot of similarities in some areas, so you could tell he was definitely influenced by that. So I had to be careful doing both — Dune and The Mandalorian — and not to repeat myself. Also not just for the sake of the movie, but for fun. I hate to do the same thing twice.”

Fraser, by his own admission, draws in references from movies he watches almost subconsciously, which is why he has a rule not to watch anything unrelated while he is shooting. He told The T-Stop Inn podcast about the time he watched SkyFall while shooting the movie Foxcatcher. Roger Deakins shot Skyfall and used his 32mm lens throughout. The next day Fraser was on-set and asked his assistant for a 32mm lens even though they had been using at least a 40mm prime for everything up to that point. Subconsciously he had taken on Roger Deakins’ shooting plan.

But Dune 2021 was to be a movie on the largest canvas, with an hour of it shot in IMAX. When the action moved to Arrakis, the IMAX format took over without any LED volume backgrounds. The Dune desert scenes were photographed in Jordan, where Fraser had shot Zero Dark Thirty.

Fraser told The Hollywood Reporter how director Denis Villeneuve had always envisaged the film “He’s such a man-child with this story, he loves the material, he’s incredibly passionate about it. I listened to him for hours. He dreamed his film in 4:3 [ratio], which initially was an unusual thing to hear because 4:3 doesn’t immediately make me think of a big epic.

“But when I saw how we were shooting it for IMAX, I saw Dune how Denis saw it. The story is big. It’s epic. You can’t really get bigger from a scale perspective. But ultimately, it’s about this boy, Paul Atreides (played by Timothée Chalamet) [and] about Paul’s journey with his family. It wasn’t dissimilar to the movie Lion, where we had to view the world from Paul’s eyes.”

Quite simply, Fraser and his director composed Dune as a series of wide shots, showing the sweeping landscapes of the desert planet Arrakis (Dune) where most of the movie’s action takes place, with extreme close-ups for the many intimate moments between the characters.

The DP told Variety that Villeneuve felt the film should “feel extraordinarily intimate to the characters. We didn’t talk about the scale, because that goes without saying.”

In an episode of The Cinematography Podcast, Fraser recounts how he and Villeneuve ran extensive tests for Dune on both film and digital formats, but ultimately opted to take a hybrid approach: the film was shot on digital, then output to film, and then back out to digital, which gave it the look they wanted.

“Cinematographers always strive to create images with dimension, so that audiences are able to experience almost feeling and touching what they are seeing,” he said. Watch the full episode the video below:

Fraser had to be careful not to lose the inherent “coming of age” narrative within Dune and tuned any changes in camera movement and lens choice to supporting the human story. “Any decision I made about lens or movement, I fell back on the character,” Fraser explained. “That meant keeping individuals in the center frame unless we were showing them in amongst the landscape. More often than not, the landscape was secondary to them, and their coverage.”

Fraser shot Dune on the Alexa LF, ARRI’s large-format digital camera, but Villeneuve then transferred the image onto 35mm film which was then scanned back into digital.

“So the image you see on screen has been through an emulsion… it’s a beautiful melding of digital and analog,” noted Fraser. “Where Denis is super smart is in being open to the idea that you can easily combine digital and analog and sometimes you can use that to get a result you have never seen before.”

Dune 2021 is being shown in theaters in both IMAX and standard formats, as well as HBO’s streaming service HBO Max, but Fraser urges viewers to watch the film in theaters in order to get the best experience. “Of course, you can watch it on a TV and have your ice cream and put your feet up,” he quipped, “but there is something about the theatrical experience for this movie.

“I saw it in an IMAX theater and I could barely contain myself. With the soundtrack, the acting, the color grade, and the design. It all adds up. It was like being on a rollercoaster.” 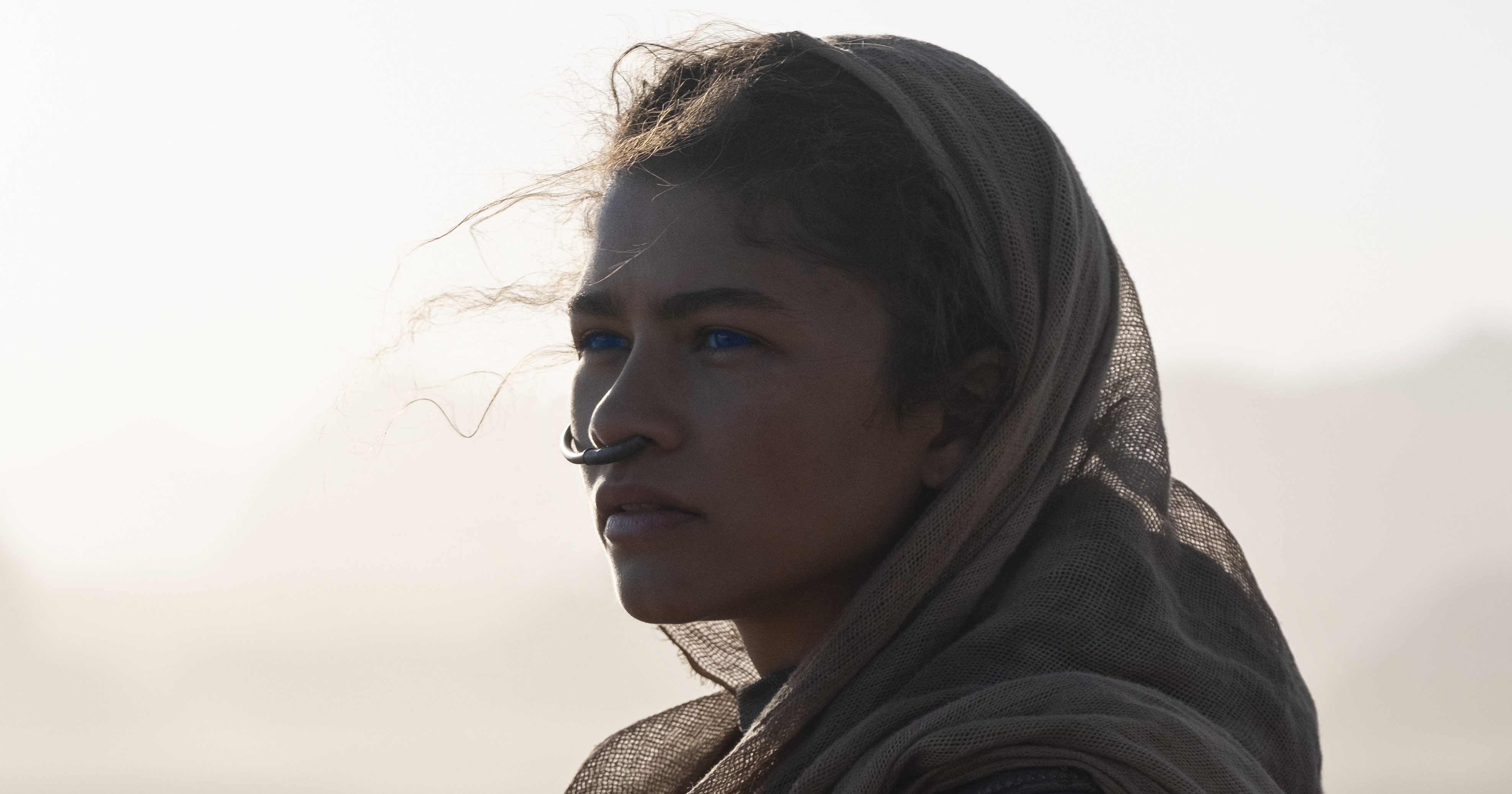 Want more? In an exclusive featurette with Collider, director of photography Greig Fraser describes how he helped Villeneuve build the world of Dune. “From a color perspective, Denis wanted Arrakis to be harsh and desolate.”

Fraiser also talks to ShotDeck about his collaboration process with Villeneuve and how Dune was created as a team effort. Watch the full interview in the video below: