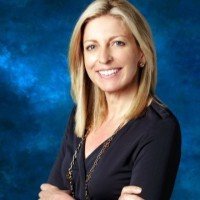 NextGen TV sales in 2022 alone are projected to reach 4.5 million units, as the number of TV makers endorsing the hybrid over-the-air and over-the-top ATSC 3.0 technology continues to grow, per the Consumer Technology Association. These numbers are supported by recent research conducted by Magid, in conjunction with  Dolby and the  Pearl TV business group, which tested a 2021 holiday marketing campaign in seven of the markets on the service delivering live, over-the-air TV. The research found that consumer awareness is expanding with about 40% of participants aware of NEXTGEN TV, up from 25% last year.

This data, coupled with the support of existing TV manufacturers such as LG, Samsung, Sony and Hisense—and with even more anticipated to secure their seat at the NextGen TV table—cement NextGen TV as a technology that’s more than a “vibe shift.” Clearly, it’s here to stay.

The Future of Broadcast is Here

Early adopter broadcasters recognize that NextGen TV is the biggest technological update to the Advanced Television Systems Committee’s standard for receiving over-the-air signals since ATSC 1.0 was approved by the FCC in 1996. Now available in nearly 60 markets, NextGen TV is expected to reach more than 82% of U.S. households by the end of 2022. Consumers are quickly adopting the new standard largely because viewers are more tech-savvy, such as younger generations known to embrace new technologies and experiences that change the status quo, and because of lower consumer prices due to the technology leveraging what’s already widespread.

As more markets offer NextGen TV and more NextGen TV sets are purchased by consumers, we will see this technology soon be a staple in households in the next 3-5 years. According to the Magid study, consumers are adopting tech much faster than ever before and are ready to buy, with about 74% of participants responding they were likely to purchase a NextGen TV after viewing the campaign, up from 60% in 2021.

The Magid research underscores the tremendous opportunity broadcasters have if they take advantage of what NextGen TV can offer its viewers. It will improve their business with new content offerings and their overall bottom line. However, to do so requires the critical step of raising awareness of NextGen TV even further. Branding plays an important part, where consumers can look for the logo across devices and content, and instantly recognize the value of the technology—such as NextGen TV’s upgradable technologies, which ranked as the top differentiator (70%) among its competitors.

Now is the time for stations to be talking about NextGen TV with their viewers by sharing digital content and creating experiences that attract them. Stations could deploy their news anchors, reporters and meteorologists to be their unique NextGen TV evangelists by speaking about the benefits, the value of local news preservation, and engaging with their communities across social channels. Successful brands of today not only talk about their technology, but they also innovate with it, and NextGen TV should be no exception.

All this may sound great for viewers—upgradable technology, interactive content, Dolby audio, stunning 4K HDR video—but what’s in it for broadcasters?

NextGen TV allows broadcasters to create personalized relationships with their viewers, producing interactive, meaningful experiences and giving the audience members more control over how they watch television. Broadcasters now have an opportunity to transform the viewing experience—which typically has been very passive—where now, viewers can lean in and engage with news and content in a hybrid application environment.

And of course, there’s always the bottom line. NextGen TV can deliver ROI and even the playing field for linear, over-the-air stations who have watched digital media and streaming services capitalize on advanced advertising opportunities. NextGen TV brings new revenue channels and opportunities to monetize the service that broadcasters haven’t had before.

As more broadcasters join and invest in the NextGen TV revolution, they’ll soon recognize the halo effect it can create for them, considering how consumers are captivated and delighted by innovative companies.

Apple, Tesla, and Microsoft, just to name a few, are viewed by the general public as being synonymous with innovation and as leaders of digital transformation. Magid research also showed that broadcasters who promoted NextGen TV were also seen as innovative by their viewers. Broadcasters who are willing to innovate can leverage this same sentiment among their viewers to drive engagement on new NextGen TVs.

More Than a Trend

We can confidently say that NextGen TV isn’t the same as the last technological shift in broadcasting that started in 1996 and ended with the end of analog full-power broadcasting in 2009. That transition took more than a decade, was hampered by initial receivers that cost over $10,000 each and one that took many years for digital TV to reach average-priced sets. This transition, in addition to being managed by the industry and not the government, is quite different.

The Magid research shows us that NextGen TV is not proceeding on a slow and steady upward tilting curve—it’s more on the scale of a hockey stick. Today, some 140 TV models have ATSC 3.0, which at this point in the transition far exceeds anything seen in the ‘90s. Consumers are increasingly looking to their local broadcast stations to provide NextGen TV services, they want TVs to come with NextGen TV capabilities, and they want to be a part of the future of television.

It would be a mistake if the broadcast industry doesn’t double down on its investment in promoting the NextGen TV logo and give their viewers and those that are bypassing broadcast TV information they need on the benefits of this new, free over-the-air service. Vibe shifts may come and go but NextGen TV is permanent, and now is the time to amplify it.