In 2019 when Panasonic brought out their S1H, the video version of their S1 camera, the indie film world took notice. Here was a mirrorless camera that begged to be used for narrative films and documentaries. You had a 6K full frame sensor with a 3:2 ratio, so anamorphic ready. You had a dual-based ISO sensor read-out for 640 and 4,000 ASA; 14 stops of V-Log; 5 axis stabilization and with software updates, 6K Raw exports to external recorders.

Filmmakers like Olivier Boonjing (Parasol, Lola, The Break) were lining up to buy one. He was testing cameras for a new film he was shooting called Rien à foutre (Zero F**ks Given) and needed a small, mobile but powerful system to suit the film’s light and documentary approach, as he told Panasonic’s Lumix News.

“Literally the first time I turned the S1H on, I was alone in my apartment, and I was completely blown away. I’m was doing side-by-sides with a Sony Venice on a current project, and the image quality was so close it was frightening, considering the price and size difference.”

Zero F**ks Given is about a woman named Cassandra (Adèle Exarchopoulos), a flight attendant for a low-budget airline. She’s a hard worker and capable at her job, but when she’s suddenly dismissed, she must deal with baggage from her past.

During pre-production, Boonjing tested several different cameras including an iPhone, a 16mm film camera, and lightweight digital cameras like the Kinefinity Mavo LF and Sony A7S. “With the iPhone, even if you don’t really like the look, it would be useful for sequences where even a photo camera couldn’t work,” said Boonjing. “In the end, we felt a photo camera body was the best solution.”

After Boonjing’s illuminating first test with the S1H to demonstrate its dynamic range, he moved on to the camera’s sensitivity in low light. “People do not consider how the image looks at 20,000 or 50,000 ISO as much as they should,” he commented. “With the S1H, the noise is still there, but it’s a nicer noise. The S1H has a good look well beyond 4,000 ISO.”

Boonjing knew he would have to be discreet while shooting handheld on location so he also tested the camera’s sensor stabilization. “The S1H was just fabulous,” he revealed. “Basically, the whole film was shot without any camera rigs — just a camera with a side handle. We shot in bars where we had permission, but the people there thought I was the videographer of the party. They didn’t consider that I was shooting a feature film since I had such a small camera in my hand with a very small lens.”

In fact, perhaps the most interesting part about Boonjing working with the S1H was his choice of lenses. His main lenses were Mamiya Sekor Cs, which are the first generation of Mamiya 645 medium format lenses. To mount them he used a Kipon Baveyes 0.7x lens mount adapter for Mamiya 645-mount lens to L-Mount so he could project most of the lens coverage on the S1H’s full frame sensor. His main lens was a 45mm f/2.8 but he also used a 35mm f/3.5 and 70mm f/2.8.

“I think the lenses have a special way of rendering skin and colors,” Boonjing said. “Emmanuel and Julie really wanted to shoot most of the film on one lens with one wider and one longer for different scenes. With the speed booster, the 45mm would be the equivalent of a 31.5mm for full frame and if you look at Super 35, it becomes a very wide lens.”

For close-ups, Boonjing stopped down on his lenses and often shot at an f/8 or even f/11, but never less than an f/4. “What I was most interested in was to use the Mamiya lenses on the sensor size they were built for,” he explained. “You can use the edges of the lens and suddenly have the right perspective that Mamiya intended when they built their lenses.”

Boonjing also used Canon FD and LTM (Leica Thread Mount) vintage lenses. He typically shot with the Canons when he wanted to keep straight lines. “With the Mamiyas, when you’re shooting architecture, they will sometimes deform,” he said. “It can be interesting but sometimes it’s too much. We needed a better close-up lens because when working with the Mamiyas, you’re further away.”

The Canon LTM lenses are in demand lately due to director Zack Snyder using a re-housed Canon 50mm f/0.95 LTM lens to shoot Netflix feature, Army of the Dead. Boonjing used the LTM lenses because of the nice vintage look they produced without adding high contrast. “The S1H is not a big camera,” he said, “so I wanted to put small lenses on it so it wouldn’t look like a big object. Shooting in public, I think people notice you when you use big lenses.”

Boonjing captured UHD (3840 x 2160), 10-bit, 422, ALL-I, 24p files. He recorded UHD because he framed in the 1.6:1 aspect ratio, so he didn’t need the wider 17:9. He also recorded in V-Log and created a viewing LUT that produced a clean and filmic look. “We didn’t want the movie to look dated since it’s a contemporary story,” said Boonjing. “There was a thin line between making something look filmic without any nostalgia.”

He rated the S1H at 1250 ISO for daytime scenes so he could slightly underexpose to better maintain highlight detail. For night scenes and dark day interiors, he primarily shot at 4,000. “In some sequences, I even shot at 50,000 ISO,” Boonjing revealed. “I was in the back of a car and the actor next to me was lit by the light bouncing off the street from other cars passing by, which was next to nothing. It’s quite helpful for me to be able to offer this to the directors — the simple idea that if you can see it with your own eyes, we can film it. That’s something completely new.”

Overall, Boonjing is quite happy about the look of the film. “I really have no preferences in terms of camera brands,” he said, “but the S1H is a huge step forward. When I speak to friends who are professional cinematographers, they consider what I did on this film to be original and new. But when you spend time watching people create content for YouTube, what I did is nothing special. It’s just a backpack with a mirrorless camera, and then you go out and shoot something.” 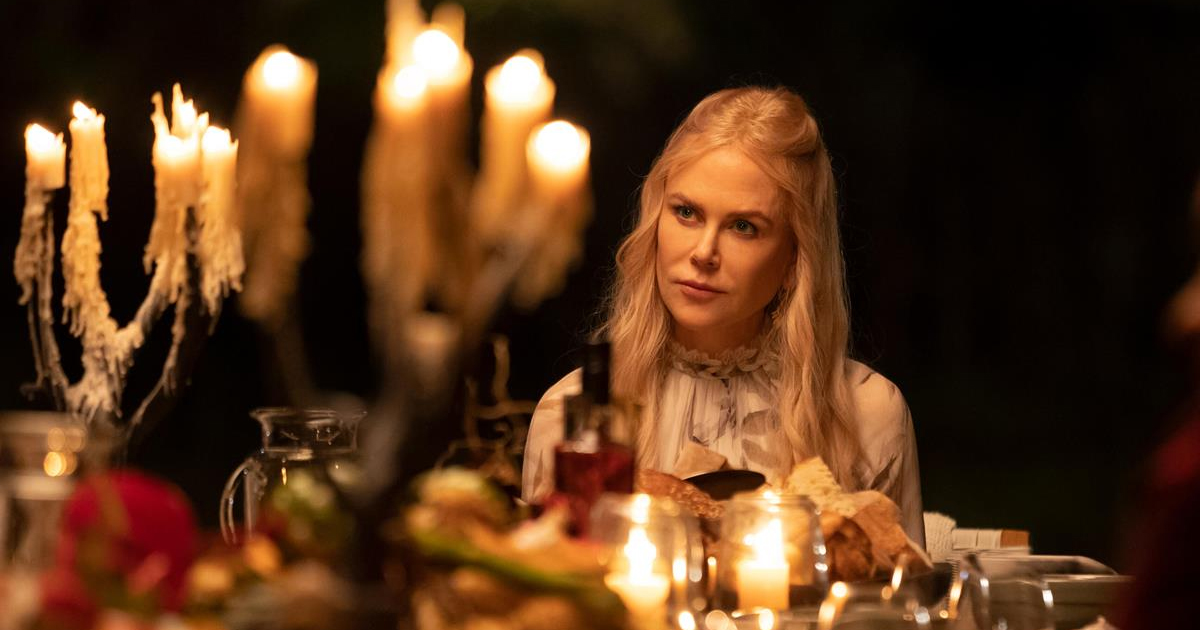 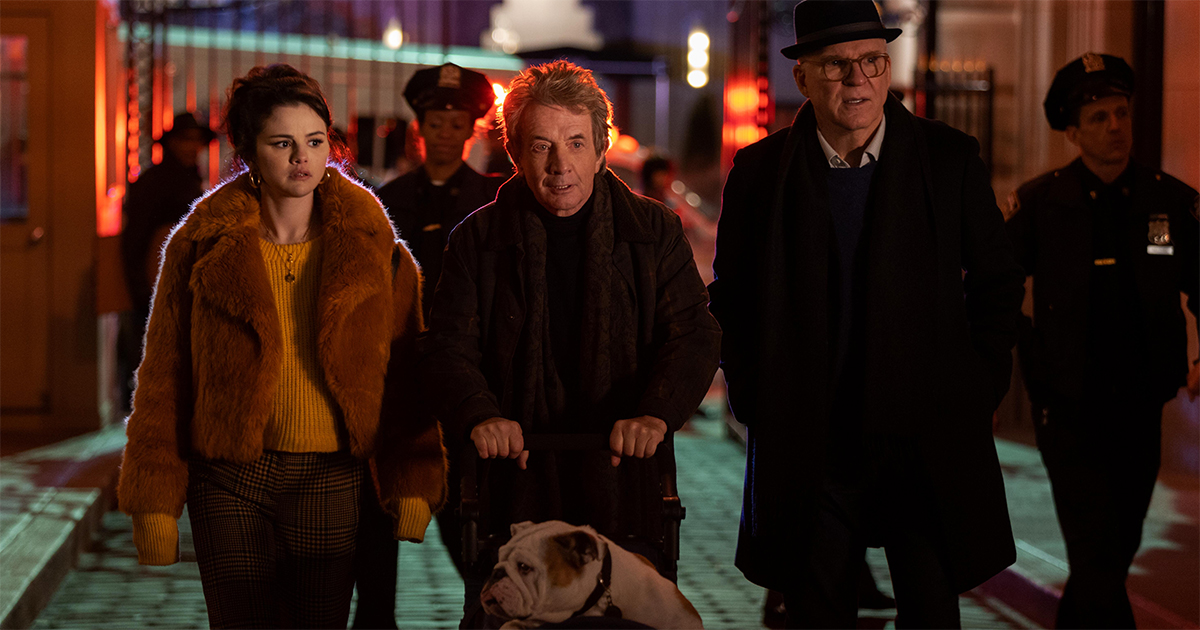 “Only Murders in the Building:” How to Make a (Very Amusing) Modern Mystery 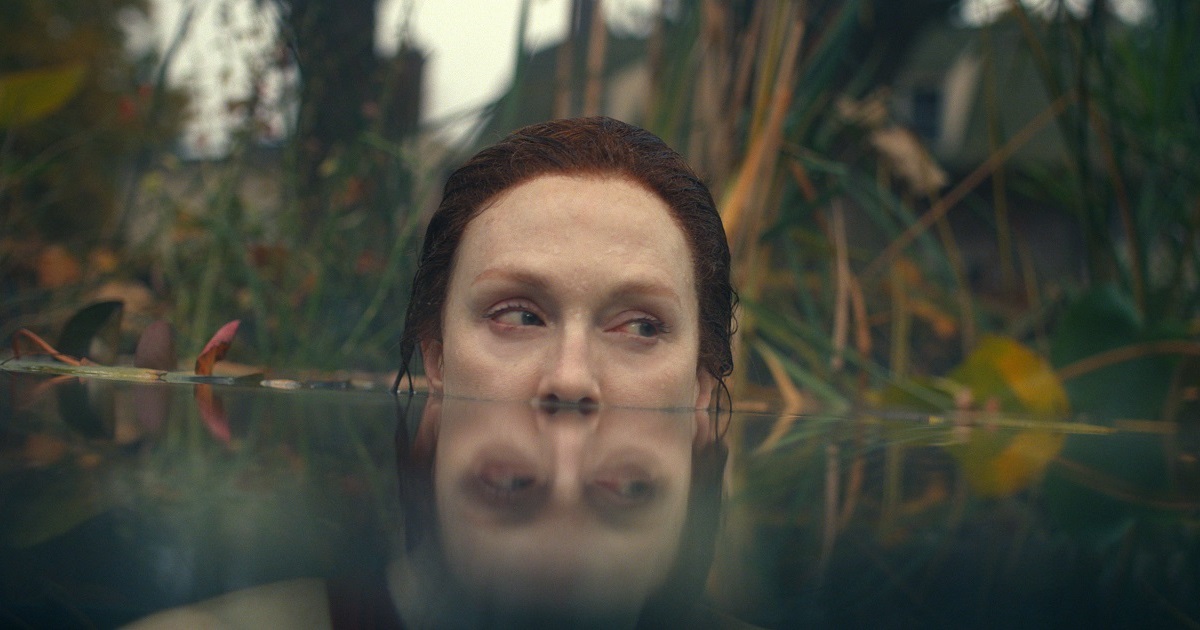