From “Devs,” courtesy of FX

In the future, a Disney/Pixar movie could be created not by human animators but by quantum computers, while Netflix will employ a quantum algorithm to make content recommendations even faster and more accurate than ever.

These applications are admittedly at the periphery of the potential afforded by next-gen super computers, but are nonetheless seriously entertained by the Harvard Business Review, which is warning executives of any large company to prepare for the quantum revolution.

“Make no mistake: The quantum-computing breakthrough will be a big one,” the article’s authors, Jonathan Ruane, Andrew McAfee and William D. Oliver, declare. “It will bring two huge, simultaneous, and sudden changes to the modern business world: The first is an end to our current infrastructure for ensuring digital privacy… leaving companies that have not upgraded their infrastructure wide-open to devastating attacks.

“The second change is much more positive; it’s an explosion of algorithmic power that will let us do things with computers that are impossible today and that hold the promise to reshape our world.”

Among the more profound benefits that quantum computers could be used for is to simulate quantum physical processes for much faster drug and material design; to accelerate AI development and to provide new levels of security and information communication. But they could also be used to break public-key encryptions, to amplify current AI risks at a faster pace, or be misused in biotechnology to design bio-weapons or other risks.

“We now live in a ‘Wright brothers’ moment’ in the history of quantum computing,” Ibrahim Almosallam, a consultant for the Saudi Information Technology Company, writes at World Economic Review. “When a commercial jet version arrives, it will deliver a new leap in information technology similar to what classical computation delivered in the 20th century, and, just like with any general-purpose technology — such as the internet, electricity, and, for that matter, fire — alongside great benefits, comes great risks.” 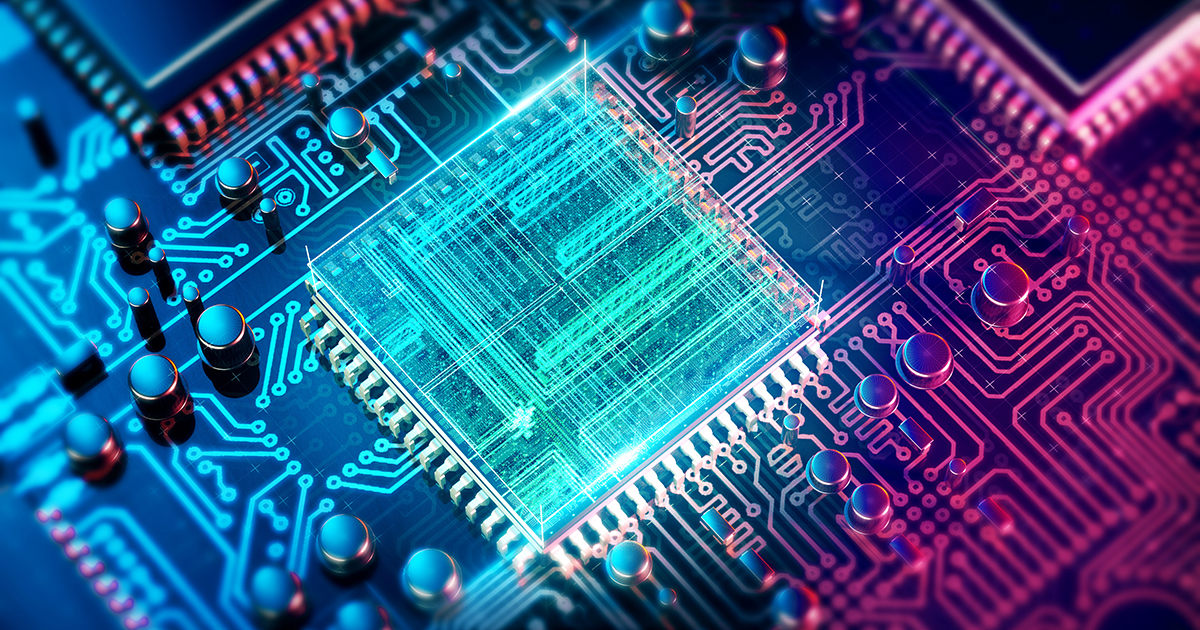 This Will Be Your 2032: Quantum Sensors, AI With Feeling, and Life Beyond Glass

What is Quantum Computing?

Quantum Computing is a fundamentally different beast than our current era of “classical” computing. While a classical-computing binary unit, or bit, can hold a value of either 0 or 1, a qubit (quantum bit) can represent 0 or 1 or hold both values at the same time. That’s because it uses the principles of quantum mechanics — the science of how matter and light behave — at the atomic and subatomic level.

This means that Quantum computers can solve many problems exponentially faster and with less energy consumption than classical, or binary, computers.

Capital is pouring into the sector at such a rate that some experts believe a breakthrough in potential is around the corner.

Venture capital funding in the space grew by 500% from 2015 to 2020, according to CB Insights. Consulting firms are building deep talent pools to support clients; Accenture has more than 15 teams and 100 experts focused on quantum globally. Last May, Google committed to spending several billion dollars to build a functional quantum computer by 2029, and its new campus for quantum AI in Santa Barbara will house hundreds of quantum-dedicated employees, a quantum data center, research labs, and quantum-processor-chip-fabrication facilities.

However, building and scaling a stable quantum computer is not easy. Photons and electrons are delicate; “their behavior defies our ingrained view of how the physical world operates,” says HBR.

“One of the most formidable obstacles to building functional quantum computers is that qubits don’t stick around very long,” the article elaborates. “Vibration, temperature, and other environmental factors can cause them to lose their quantum-mechanical properties, resulting in errors. Today, the rate at which errors occur in qubits limits the duration of algorithms that can be run.

“Scientists are working to build environments in which many physical qubits act together to create error-protected logical qubits, which can survive for much longer periods of time — long enough to support commercially viable applications. It will most likely take some 1,000 physical qubits to make a single logical qubit; the most advanced quantum computers today have only 50 to 100 physical qubits.”

Developments at companies like Google and IBM in recent months mean a logical qubit could be demonstrated within two years with commercial viability to follow as error rates come down.

How Businesses Can Use Quantum Computers

Harvard’s researchers believe that few firms will build or own quantum computers in the near term. Instead, we’ll see a cloud-computing-style model where companies rent access to quantum machines hosted by a relatively small number of specialist providers, similar to how companies today purchase computing from AWS, Google Cloud, and Microsoft Azure.

Quantum computers will not be used in isolation but will be part of a hybrid solution in which tasks will be assigned to the most suitable machine (quantum or classical).

“As quantum hardware and software improve, algorithm designers will be empowered to experiment and iterate on their ideas and hunches. They’ll be able to refine existing algorithms and create new ones without having to wait years between development and testing on a functional machine.”

What can we expect quantum to solve?

On the one hand, quantum firepower can be thrown at the type of simulation and number crunching that would otherwise take us decades of trial and error.

We may, for example, be able to better fight global warming if quantum simulations can tackle materials-science problems, such as finding compounds for more-efficient batteries.

Google engineering director Hartmut Neven is quoted by HBR as saying that quantum computing can aid in the design of better reactors, opening up the potential for an abundant form of clean energy.

Big pharma and start-ups are looking for new molecules using computers rather than test tubes. Other researchers are examining how quantum could provide new insights into chemical mechanisms such as photosynthesis.

Then there’s more prosaic stuff like super-AI “creating” the latest Pixar feature. This is where quantum can turbo-charge machine learning, “improving the ability of AI to derive useful information from photos and videos,” according to HBR.

Researchers from leading quantum firms, for example, recently published a paper detailing how quantum computers might work with classical computers to create original images and videos. In a demonstration, the system produced high-resolution images of handwritten numbers using a machine-learning technique called generative adversarial networks (GANs) — which could lead to its application in anything from creative production to organizing Netflix recommendation system.

“Netflix models preferences in a large matrix across all its subscribers for all the movies in its archive. Its goal is to recommend films to users that they have not watched before. A quantum algorithm may be able to make such recommendations faster and more accurately than classical computers can, particularly when the number of dimensions in the matrix is very large.”

In short, Quantum is coming, and it’s not too soon for business managers to be thinking about how it will spur digital investment, reshape industries, and spark innovation.

There’s even a warning from Carl Dukatz, the quantum lead at Accenture, that the disruption caused by the move to “postquantum cryptography” (security protocols) will eclipse the work done to mitigate the Y2K problem, a process that cost the US and its businesses more than $100 billion.

Harvard’s scientists write, “It won’t make or break your business in the near term, but a solid understanding of quantum applications today is crucial for positioning your company to reap the benefits — and avoid potential catastrophe — during the next decade.”