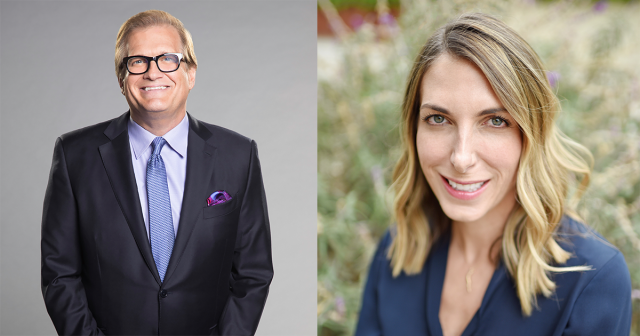 Washington, D.C. — Iconic game show “The Price Is Right,” which airs on CBS and is produced by Fremantle, is the 2022 television inductee into the National Association of Broadcasters (NAB) Broadcasting Hall of Fame. Host Drew Carey and executive producer and showrunner Evelyn Warfel will accept the award at The Achievement in Broadcasting Awards on the NAB Show Main Stage on April 24 at 4:30 p.m. in Las Vegas, Nev.

Premiering in 1972, “The Price Is Right” is television’s longest-running game show and number-one rated daytime series, where contestants are called to “come on down” from the studio audience to compete for cash and prizes by accurately pricing merchandise. The show is currently celebrating its 50th season which premiered last Fall with a re-designed set, a two-hour primetime commemorative special honoring the show’s history, the introduction of two new games and a week-long event providing a contestant each day an opportunity to win $1 million.

Carey, who began his career as a stand-up comedian, was named the host of “The Price Is Right” in 2007, succeeding longtime host Bob Barker. He previously starred in the long-running comedy series “The Drew Carey Show” and was the host and producer of the improv/sketch show “Whose Line Is It Anyway?”

Warfel was named executive producer and showrunner of “The Price Is Right” in 2019 after serving as the show’s co-executive producer. She is the first woman to hold the position in the series’ history. During her tenure, the series has won three Daytime Emmy Awards for Outstanding Game Show, with nine total nominations in this category. She has also led the series through more than a dozen primetime “The Price Is Right at Night” episodes featuring celebrities competing for charity.

“For the past half-century, ‘The Price Is Right’ has entertained millions of viewers with its unique pricing games and test of contestants’ knowledge of aspirational prizes,” said NAB President and CEO Curtis LeGeyt. “We are thrilled to invite this esteemed game show to ‘come on down’ for this well-deserved induction into NAB’s Broadcasting Hall of Fame.”

The NAB Broadcasting Hall of Fame recognizes radio and television personalities or programs that have earned a place in broadcasting history. Explore the complete list of past inductees here.