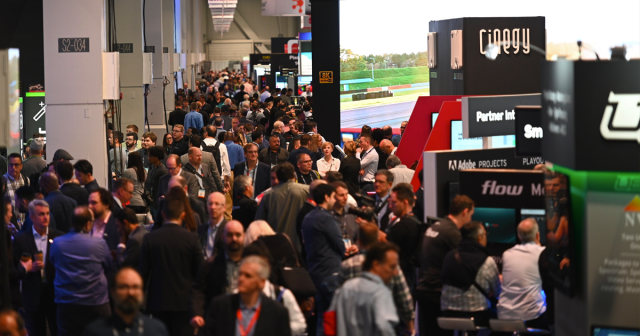 Exhibitors from 38 countries, one-fourth of attendees expected from outside the U.S.

Attendees from outside the U.S. make up nearly one-quarter of all pre-registered 2022 NAB Show attendees, which closely mirrors the 2019 NAB Show percentage.

“At a time when content can travel around the world in a blink of an eye, there is nothing like NAB Show to help the content community discover the tools, trainings and insights that will unleash the next global phenomenon,” said Chris Brown, NAB executive vice president and managing director of Global Connections and Events. “We are excited to welcome back our friends and partners from all across the globe as our industry gets back to doing business in-person.”

NAB Show’s exhibit floor, located in the North Hall, Central Hall and the newly constructed West Hall of the Las Vegas Convention Center, will host 358 exhibitors from 38 countries outside of the United States, including United Kingdom, Canada, Germany, Belgium and France. The exhibition will also host the following pavilions:

Additionally, several international organizations, including the Brazilian Society of Television Engineering (SET), will host meetings for their members at NAB Show. Demonstrations of global technologies currently deployed outside of the U.S. will also be conducted by broadcasters and other media and entertainment companies throughout the Show.