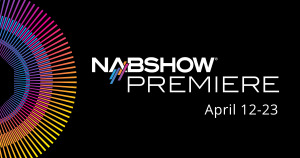 –Broadcast executives will discuss the impact of 2020 on the industry–

Washington, D.C. — Leading television and radio broadcast executives Emily Barr of Graham Media, Dave Santrella of Salem Media Group and Hearst Television’s Jordan Wertlieb will speak during the opening session of NAB Show Premiere on April 12 at 12:30 p.m. ET. The panel, moderated by National Association of Broadcasters (NAB) Chief Operating Officer Curtis LeGeyt, will focus on the how the industry was impacted by the pandemic and other major events of the past year. NAB President and CEO Gordon Smith will deliver opening remarks for NAB Show Premiere, which is available exclusively on NAB Amplify.

The opening session titled “One Year of Broadcasting in a Pandemic” will feature the executives in a candid conversation about the challenges faced by broadcasters over the last year, how they adjusted and what local stations achieved in the face of adversity.

Topics will include broadcasters’ response to the pandemic, growing competition from social media and technology companies, promoting industry diversity and attacks on the First Amendment and journalism.

An NAB Amplify account is required to access “One Year of Broadcasting in a Pandemic” and all other NAB Show Premiere sessions.

Qualified members of the press should indicate their press status during the NAB Amplify registration process.