The National Association of Broadcasters has launched “Voices From the Field,” a new digital campaign highlighting stories of local broadcasters through first-person accounts. The campaign, part of NAB’s “We Are Broadcasters” initiative, is intended to spotlight how broadcasters are using their expertise, experience and dedication to local broadcasting to serve their audiences and uplift their communities.

Shomari Stone, General Assignment Reporter for Washington, D.C.’s NBC4 (WRC-TV), is the subject of the first “Voices From the Field” story, in conversation with NAB Education Director Josh Miely. Stone shares the moment he knew he wanted to be a broadcaster, his insights into how he views his role as a journalist and his experiences covering the January 6 attack on the U.S. Capitol Building.

Stone joined News4 in August 2011. During his first week, he covered the 5.8 magnitude earthquake and Hurricane Irene. One year later, he brought viewers an exclusive interview with Trayvon Martin’s parents while they were in Washington. In 2013, Stone reported from Boston after the bombing at the Boston Marathon.

He has reported on the social unrest and Black Lives Matter protests outside the White House at Lafayette Square park and covered the fall of the Albert Pike Statue on live television. He also reported on the deaths of Supreme Court Justice Ruth Bader Ginsburg, Congressman John Lewis and former President George H.W. Bush from the U.S. Capitol.

Stone was part of the News4 teams that earned Emmy Awards for Washington Capitals championship coverage and Washington Nationals championship parade coverage. He also earned five Emmy nominations, and he was part of the CBS4 team of journalists recognized with an Edward R. Murrow Award for live coverage of the federal air marshals shooting at Miami International Airport in 2006.

When did you realize you wanted to be a journalist?

I knew when I was seven years old. My parents would watch 60 Minutes and I’d see Ed Bradley, and I was fascinated with the television aspect, the questions, the seeking of truth and trying to hold those in power accountable.

In my third grade English class, I loved telling stories — with a beginning, middle and end. And I said, “I really want to be a journalist one day,” and continued to work hard to achieve that dream. I’m living the dream now.

My first job was terrifying. I started my career at WINK, a CBS affiliate in Fort Myers, Florida. The main anchor, Jim McLaughlin, took me under his wing. He was incredible and brilliant at news and I was really scared of going live sometimes. When the anchors would toss to me, I would sometimes freeze up, have a deer in the headlights look and stumble over my words.

I called my parents and said I wanted to give up, and they said it was my dream forever, so I needed to keep working at it. I studied, stayed late at the station and looked at other reporters, and got very comfortable at going live. I’m glad I listened to my parents and stuck with it.

I then made the market jump to Miami with CBS for eight years, and then ABC in Seattle KOMO for three years. I’ve been with News4 in Washington for the last ten years, and I’m really enjoying it.

I love talking to people. I love having conversations. Even when I’m getting coffee, I’ll start talking to people in line. Everyone has a story. It’s our job as journalists to accurately, ethically, objectively tell that story while capturing opinion and emotion. One of the great parts of being a journalist is telling those stories.

What are some of the most memorable moments?

Let’s see. One great moment was when George W. Bush went on his first presidential vacation after the election in 2000. I was covering this event. When he arrived I stood on a car and shouted a question, “What’s the first thing you’re going to do?” And he shouted back, “Have lunch!” And I was wowed that the president talked to me. This is fantastic!

I’ve had a good run. What I like most about it is being able to help people. Whether that’s someone taking advantage of an elderly person having her roof fixed and the local guy is taking her money, or the parents of a missing child who have to rely on the local news to help find the child. Those are local stories that matter. Some people say they don’t watch local news, until they need something, and then they call their local news. It’s nice to be part of the community that you’re covering.

How important is social media to a local journalist today?

It’s very important. The phone is a part of my life. I don’t stop, in terms of tweeting, getting out information, finding well-sourced articles to share and starting a conversation on social media.

In this day and age, there’s also a blurring. You have reporters, commentators and political pundits. People will sometimes ask me my personal opinion while I’m covering or reporting stories, but I don’t reveal my personal opinion. Why? Because I’m an objective journalist who strives to be fair and balanced. People will still ask for my opinion, but I’m not a pundit or a commentator. I’m a journalist.

January 6 was a tough day. Can you walk us through it from your perspective?

Even now I have flashbacks from January 6. I still catch myself saying, “Did that really happen? Did the Capitol, one of the safest buildings in the entire world really invaded by insurrectionists?”

I remember sitting in my truck with my photographer Brooks Meriweather and watching President Trump’s speech before the pro-Trump mob walked up to the Capitol from the Ellipse near the White House, and I looked at him and said “Wow, he really got them riled up.”

Then we saw all these people coming, and they were chanting, “Stop the steal, the media’s the enemy of the people, invade the Capitol, hang Mike Pence.” These were things that we heard.

All of a sudden, they broke down the barrier and started ploughing through the Capitol police, who were completely outnumbered. I’m standing there watching this and told my photographer to stand back because he had a big camera, so I used my phone camera. As people flowed through, I saw them storm up the stairs and had my photographer stand back and get video, and I walked up to the door and was able to get video there as well.

As a journalist, I felt uncomfortable going inside the Capitol — particularly during the pandemic — because most people weren’t wearing masks and I didn’t want to put myself at risk of getting coronavirus, so I got the shots and came back down and continued to report.

DC deals with protests regularly and one of the the biggest shocks was that MPD wasn’t ready for this, right?

For a lot of last year, I covered the Black Lives Matter protests, the George Floyd death. What’s interesting is the time when President Trump walked across the White House to St. John’s Episcopal Church and held up the bible, there were peaceful protesters there. I saw with my own eyes, police forcefully moving people back with horses and pepper spray and OC spray. There was such a show of force and law enforcement there.

I didn’t see anything like that at the Capitol on January 6. There was a definite difference in the comparison of response to both protests.

You still ask yourself why, and some say they were outnumbered, but the fact is clear that the police knew in advance and were not prepared, and as a journalist I was really surprised. I feel for the family of Capitol police officer Brian Sicknick. It was very sad. And for the officers, some of whom committed suicide. It was a very tough time.

Where do you see local broadcasting in the next five years? How is it going to change and evolve?

We’re at a time now where there’s so much more for people to see online with the streaming platforms. As a journalist, you need to still find a way to keep that audience. What I try and do is trying to create memorable TV. Be yourself, be authentic in your reporting, be conversational in how you write your pieces — to show the viewer that we still matter and we are here to serve.

At NBC Washington we say, “We’re working for you,” and we really are. You’re my audience and you hold us accountable for what we report.

There’s a stereotype out there that we’re vultures who only care about ratings, but we’re not. We do care. 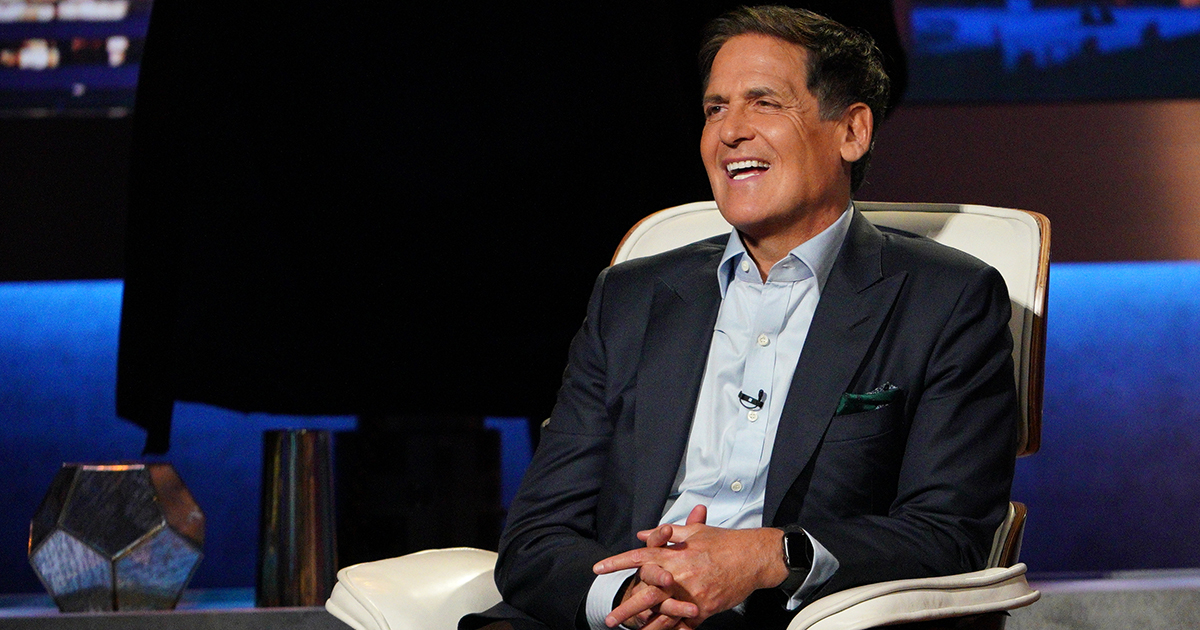 The Conversation: Mark Cuban on Broadcasting and Beyond 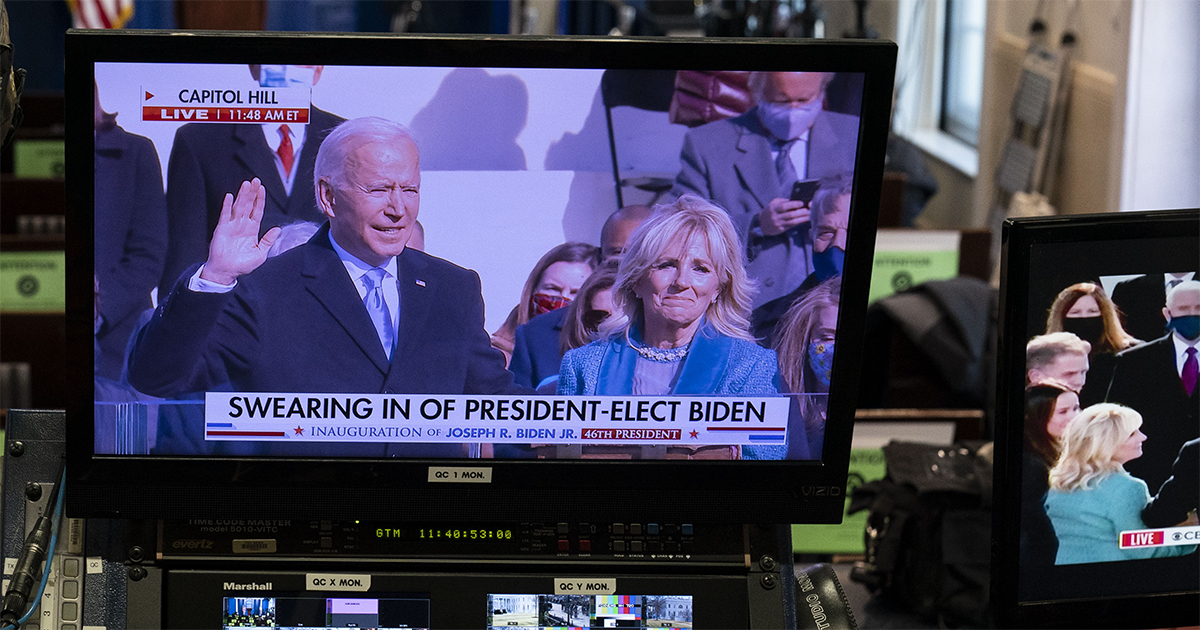 Covering the Coverage: How the Biden-Harris Inauguration was Broadcast 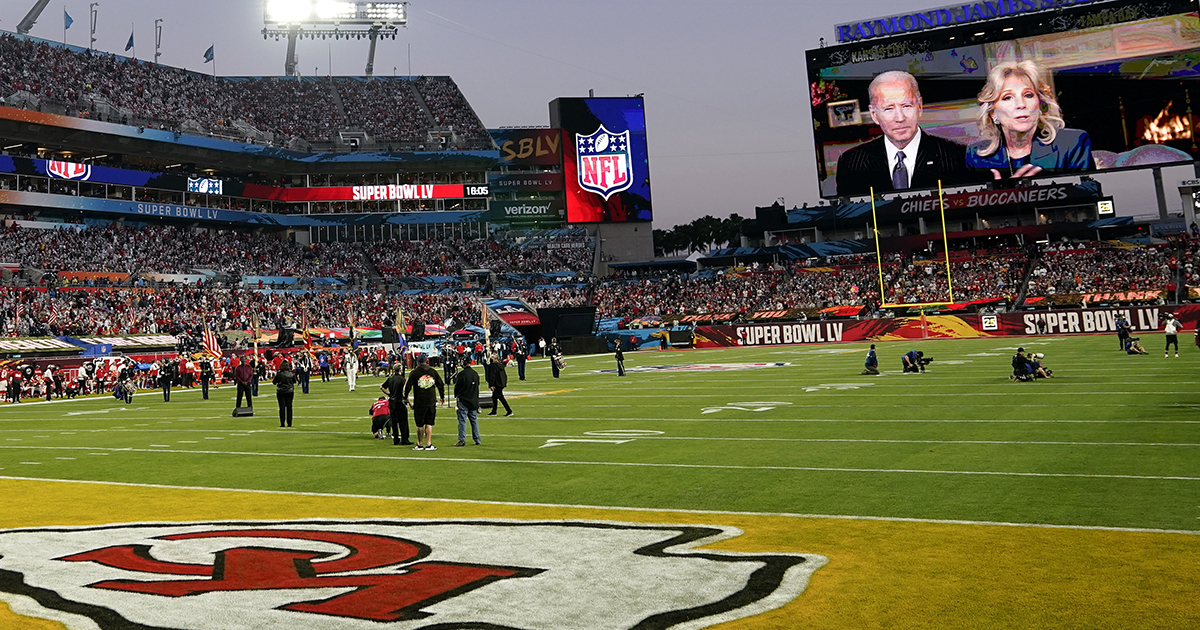