READ MORE: Synthetic Video And The Future Of Deep Fakes For Business (Forbes)

There is a school of thought that charts the evolution of human communication from speech through text, and now video (and possibly emoticons). Follow it through, and future generations will be more conversant in video; it will, in fact, usurp the written word as the lingua franca.

Getting to that point, and there is evidence in the sheer amount of video being shared particularly among mobile-natives, may require a helping hand of technology — specifically AI.

“We are moving into the era of ‘synthetic video’ — computer-generated video content that looks and sounds just like ‘real’ video, but that can theoretically be created at a fraction of the cost and effort,” writes Bernard Marr, a thought leader on emerging media tech writing at Forbes.

AI, of course, is a red-button word for technophobes and paranoid theorists who warn that artificial intelligence risks undermining the veracity of communications. Seeing is no longer believing in a world in which, on the one hand, fake Tom Cruise TikTok shorts generated by algorithms go viral, and, on the other, fake pornography of non-consenting victims is posted online.

Marr knows this, but concentrates here on the potential of AI to speed the creation of video content for corporate communications.

“As the technology improves and becomes harder to distinguish from ‘real’ video content, it is likely to be increasingly used for creating customer-facing videos for use in marketing or customer service.”

One company that’s already making this possible is Synthesia, which bills itself as the world’s largest AI video generation platform. Founded five years ago, it currently allows customers to create AI-generated videos, either featuring actors or realistic-looking avatars of real people.

Victor Riparbelli, CEO and co-founder of Synthesia, tells Marr that first-use cases for this kind of content in a business context are likely to be internal for creating training and onboarding content, for example.

“As the technology improves and becomes harder to distinguish from ‘real’ video content, it is likely to be increasingly used for creating customer-facing videos for use in marketing or customer service,” Riparbelli suggests.

Photorealism isn’t the goal here, at least as far as business is concerned. This is because, he says, the value of synthetic video will be in creating entirely new kinds of content, rather than just a cheaper and more efficient way of creating existing video use cases.

In another example, personalized training videos might address the viewer by name (because they have logged into a platform to watch the content) and contain only information that’s directly relevant to them. Because the system knows that the viewer has a certain level of competence already, the content will be pitched at their level, so as not to bore them with information they already know.

“This kind of personalized content will only be possible using synthetic video, and understanding this difference between the concept of ‘fake’ and ‘synthetic’ will be vital to unlocking its power for business and commercial use,” says Marr.

Use cases include helping people to understand and absorb long, complex forms of information — such as video to convey terms and conditions and privacy statements.

“It’s much easier to understand something if there’s a video you’re watching,” Riparbelli says. “This is very true for complex products like insurance or financial products. Asking people to read a very long wall of text excludes a certain part of the population who maybe can’t read it or don’t want to read it.”

READ IT ON AMPLIFY: Deepfake AI: Broadcast Applications and Implications

READ IT ON AMPLIFY: Now We Have an AI That Can Mimic Iconic Film Directors

READ IT ON AMPLIFY: Can AI Imagery and Video Actually Be Good for the Creator Economy?

READ IT ON AMPLIFY: Everything Is Fake. It Makes This an Interesting Time for Media.

Perhaps just as usefully, Marr thinks, it could also put an end to the culture of never-ending slide decks, PowerPoint presentations, and PDFs that we often find ourselves forced to sit through in the business world.

He believes these sort of applications aren’t going to go mainstream for a decade or more but Riparbelli talks about being able to create a movie simply by typing what happens and having it generated entirely by AI.

“This might seem very far-fetched, but there’s no reason it won’t be a possibility, given the explosion in data and processing power available to businesses,” Marr says. 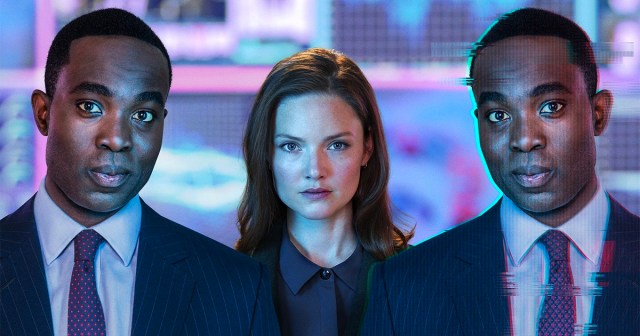 Deepfake video and other synthesized material is cropping up all over the internet, and fingers are pointing at TikTok as the worst culprit.