In the entertainment world, NFTs give creators new ways to interact with their audiences, raise money, establish new distribution windows, and turn all of it into a proof of concept to sell their movies and TV shows and much more.

Some people have observed (joked?) POAPs — a type of NFT that’s short for “proof of attendance protocol token” — would have solved Taylor Swift’s Eras Tour ticket debacle by prioritizing the most engaged fans. How would that have worked? Well, the most devoted Swifties would theoretically engage with more of Taylor’s content online and then have the most POAPs, which would put them at the front of the line for concert tickets.

Hello Sunshine and The Glue Factory

In Spring 2022, one of the most interesting deals inked was between Reese Witherspoon’s Hello Sunshine and NFT collective World of Women.

The first collection of 10,000 NFTs, released last summer, sold out; the next one launches this year. Hello Sunshine plans to exploit the World of Women character universe into feature films and TV series.

Film and TV creators are also using NFTs to raise money and build a fanbase before their projects even start.

As reported by IndieWire, last spring, six-episode animated web series The Glue Factory premiered with a voice cast that includes Ted Danson, Patton Oswalt and Bobby Lee. A comedy about the lives of once-mistreated horses that now live in a world where they make the rules, it was created with the input — and over $3 million in funding — from token holders. The 10,000 NFTs for the project were sold last August. Each cost about $300 in Ethereum.

Token holders participated in various writing assignments: What would the name of the iPhone be in the show’s equine world? Which posters should hang in the windows of the horses’ doctor’s office? The staff writers, led by showrunner Jon Barinholtz reviewed the ideas in front of a video-chat audience of token-holders.

“I think for a lot of people, at least in the entertainment world and specifically the comedy entertainment world, NFT is almost like a dirty word right now — people don’t know what to do with it, so it’s easy to criticize it,” Barinholtz tells IndieWire. “Sometimes they’re not wrong — there’s a lot of projects that can be all smoke and mirrors and it’s unclear what their utility is.”

As IndieWire points out, in this case NFT holders are literally vested in the project. “They serve as proof of concept of the IP’s built-in community, which could encourage a network or streamer to pick up the show.”

Last year, indie feature Zero Contact made $93,435 from the sale of 11 NFTs, with token winners also able to participate in the film’s storyline (including getting an acting role).

The NFTs were launched on Vuele, a platform that will now sell additional tokens that offer first-look access to the film before a theatrical release from Lionsgate’s Grindstone Entertainment. Two sequels are already in production.

“I think for a lot of people, at least in the entertainment world and specifically the comedy entertainment world, NFT is almost like a dirty word right now — people don’t know what to do with it, so it’s easy to criticize it. Sometimes they’re not wrong — there’s a lot of projects that can be all smoke and mirrors and it’s unclear what their utility is.”

“It was critical for us to say we’re doing [sequels] two and three, because you immediately declare to the NFT community, ‘It’s a franchise, it’s collectible, there’s Easter eggs,’” Rick Dugdale, director and producer told IndieWire. “Imagine if Lord of the Rings was an NFT 20 years ago.”

Dugdale also said that many in Hollywood don’t understand NFTs and that many industry contracts “currently freeze” NFT rights in a knee-jerk reaction that lacks comprehension. “You don’t freeze it, you exploit it,” he said.

In the future, Dugdale believe that blockchain could power “smart contracts” — programs that handle everything from licensing deals to talent compensation. Those contracts are stored on a blockchain that automates the execution of an agreement when certain conditions are met.

“You can build a future where we will all live in a smart contract, and all accounting and distribution proceeds will be inside a smart contract,” he said. “That’s not today. NFT revenue today is just like TV licenses, a VOD play, or home video.”

A glitch in the machine is the carbon cost of mining. While proponents of bitcoin and other cryptocurrencies will argue that the technology has evolved to less energy-intensive processes, the actions remain environmentally questionable.

IndieWire says that a year’s activity on the Ethereum network is estimated to use as much electricity as Denmark or Libya in the same period.

“One of the key challenges is that there is no really accurate calculator of what the carbon footprint is because of how distributed Ethereum is,” says Sam Korotkov of Centaur Studios. “No one can say where the computer that was processing the transaction came from, so they can’t say whether it was using coal or green power.”

Centaur Studios, which is minting the NFTs for The Glue Factory, is using a carbon offset scheme (buying 150 metric tons of carbon credits from Australian not for profit organization Greenfleet) but critics of such schemes point out that this can only ever be a sticking plaster, not a cure.

READ MORE: If Snoop Dogg, Reese Witherspoon, and McDonald’s Can Do NFTs, So Will You (IndieWire) 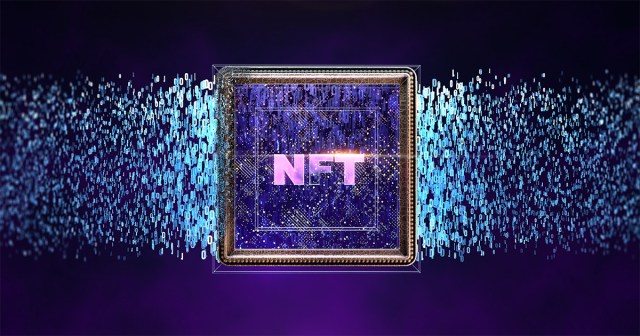 Limited runs of NFTs allow artists to manufacture scarcity in the digital world, but is this a passing fad or the new wave of commerce?