A new documentary series directed by award-winning filmmakers Ken Burns and Lynn Novick examines the life of iconic literary figure Ernest Hemingway. Now available to stream for free on all station-branded PBS platforms, including PBS.org and the PBS Video app, Hemingway paints an intimate picture of the writer — who captured on paper the complexities of the human condition in spare and profound prose, and whose work remains deeply influential around the world — while also piercing the myth of Hemingway as the man’s man to reveal a deeply troubled and ultimately tragic figure. The series also explores Hemingway’s limitations and biases as an artist.

In three two-hour episodes, Hemingway tracks the meteoric rise and tragic fall of the author who, in his final years, suffered from chronic alcoholism, traumatic brain injuries and serious mental illness. In 1961, at the age of 61, Hemingway died by suicide, leaving behind an unparalleled body of artistic work and a complicated emotional legacy for those closest to him.

The filmmakers were granted unusually open access to the treasure trove of Hemingway’s manuscripts, correspondence, scrapbooks and photographs housed at the John F. Kennedy Presidential Library in Boston. Interviews with renowned biographers and scholars, including Mary Dearborn and Marc Dudley, shed new light on the man and his work; and well-known writers around the world — including Edna O’Brien, Abraham Verghese, Mario Vargas Llosa, Mary Karr, Tim O’Brien, Akiko Manabe, Leonardo Padura and Tobias Wolff — deepen the film’s exploration of Hemingway’s work. It also includes moving commentary from Hemingway’s surviving son, Patrick, and from the late Senator John McCain, whose lifelong role model was Robert Jordan, the protagonist of For Whom the Bell Tolls.

“One of the great challenges of this project,” said producer Sarah Botstein, “was finding ways — visually, cinematically — to show how Hemingway honed his craft and how he used words to such extraordinary effect. In collaboration with our editors, we deployed all the tools in our filmmaking toolbox — graphic effects, archival footage and photographs, live cinematography, sound effects — to make Hemingway’s work come fully alive on screen.”

“Whatever you already know or don’t know about Ernest Hemingway and his work and his life, the new PBS documentary Hemingway is certain to add more to that body of knowledge and very likely to make you reassess much of it,” says David Bianculli, professor of television studies at Rowan University in New Jersey, in his review for NPR. “As a Ken Burns and company literary biography, Hemingway is even better than their previous documentary on Mark Twain.”

Narrated by Burns’ longtime voice-over collaborator Peter Coyote, the series features an all-star cast of actors bringing Hemingway (voiced by Jeff Daniels), his friends and family vividly to life. Through letters to and from his four wives — voiced by Meryl Streep, Keri Russell, Mary-Louise Parker and Patricia Clarkson — the film reveals Hemingway at his most romantic and his most vulnerable, grappling at times with insecurity, anxiety and existential loneliness.

“In this new Hemingway documentary, the women around the author are as illuminating as the author himself,” Bianculli notes:

“Each of his four wives has something revelatory to say. And these spouses are given voice by a quartet of wonderful actresses who bring the women’s private letters and other writings to vivid life. Meryl Streep has the meatiest part as war correspondent Martha Gellhorn, Hemingway’s third wife. Her dispatches during the Normandy invasion rivaled and arguably exceeded his own. But the other wives are given voice by Keri Russell, Mary-Louise Parker and Patricia Clarkson. And Jeff Daniels supplies the voice of Ernest Hemingway, reading from his private letters as well as his published short stories and other writings.”

Speaking to Clark Collis in an interview for Entertainment Weekly, Novick admits that she and Burns struggled to fit all of Hemingway’s life into the three-part show. “You know, people will laugh at me for saying so, but yes,” she says.

“There are interviews that didn’t make it in that were great and there were long passages of his writing that we couldn’t get in. Finding the right length is always a challenge, but we also had to be mindful of our time, our budget, what would be the right length that people would want to watch. We’re happy with what we landed on. But the hope is that people who watch the film, or even part of it, will be intrigued and want to go and read some Hemingway, which would be a great thing.”

Gal Beckman, in the New York Times, wonders if there could be “anything more subversive than turning a spotlight, in this moment, on Ernest Hemingway,” asking Burns, “Why now?” There is no “now,” Burns insisted to Beckman, noting that the long-gestated project just happened to coincide with the current spotlight on toxic masculinity:

“Well, you know, we don’t have a ‘now.’ We were talking about Hemingway as early as the early ‘80s. I found a scrap of paper from after we decided to do the Civil War that said, ‘Do Hemingway, Baseball,’ and then it showed up on lists through the end of the aughts and into the teens. We didn’t know it was going to take six years to do. We don’t anticipate the timing of it. We just know that every project we work on will resonate in the present, because human nature doesn’t change.”

Novick observed that our current reckoning with toxic masculinity makes this a particularly good time to re-examine the life of Hemingway:

“We’re aware of the fact that he’s a controversial figure. And that there are people who are so put off by his public persona that they haven’t read his work or don’t want to read his work. But we are living in times when we are re-evaluating all these icons from our past. And there’s no better way to do that than looking at Ernest Hemingway. Some of it is very ugly, and very difficult. And if you’re a woman or a person of color, or you’re Jewish, or you’re Native American, there are going to be things in Hemingway that are going to be really, really tough. But he is so important as a literary figure and in terms of his influence that to ignore him seems to just avoid the problem.”

READ MORE: They Are Giving Hemingway Another Look, So You Can, Too (New York Times)

Ahead of the launch of Hemingway, PBS produced “Conversations on Hemingway,” a nine-part series of conversations featuring discussions with the filmmakers and leading writers and scholars. Topics ranged from Hemingway’s childhood and his journalism and war experiences to his history with women, along with discussions on gender and identity. The entire series can be viewed at PBS.org, along with a trove of photos and a multimedia timeline of Hemingway’s life.

Want more? Watch Ken Burns navigate the gap between the macho persona and the real inner life of his subject in an appearance on The Late Show with Stephen Colbert:

You can also watch Burns and Novick discuss their new PBS docuseries in a recent interview with Jim Braude for Boston’s GBH News:

In “Behind the Scenes: Making Hemingway,” Burns, Novick and Botstein give a behind-the-scenes look at the production of the documentary series. In the video, the filmmakers visit Hemingway’s home in Cuba, and learn about his writing process through manuscripts housed at the JFK Library, and the impact of fame on his art: 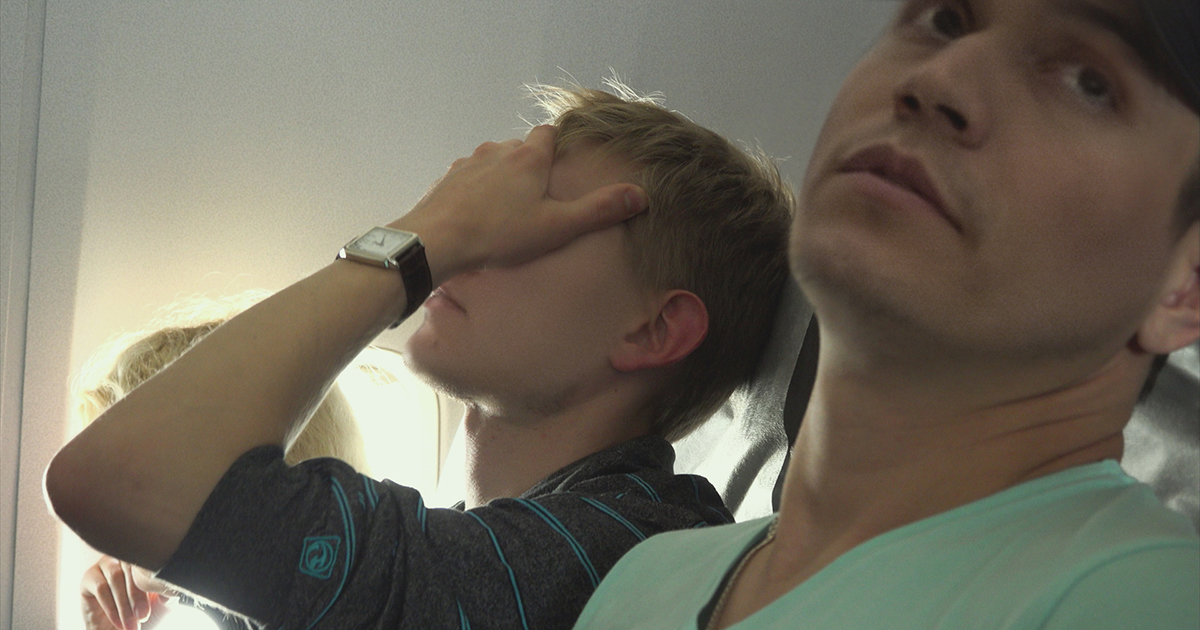 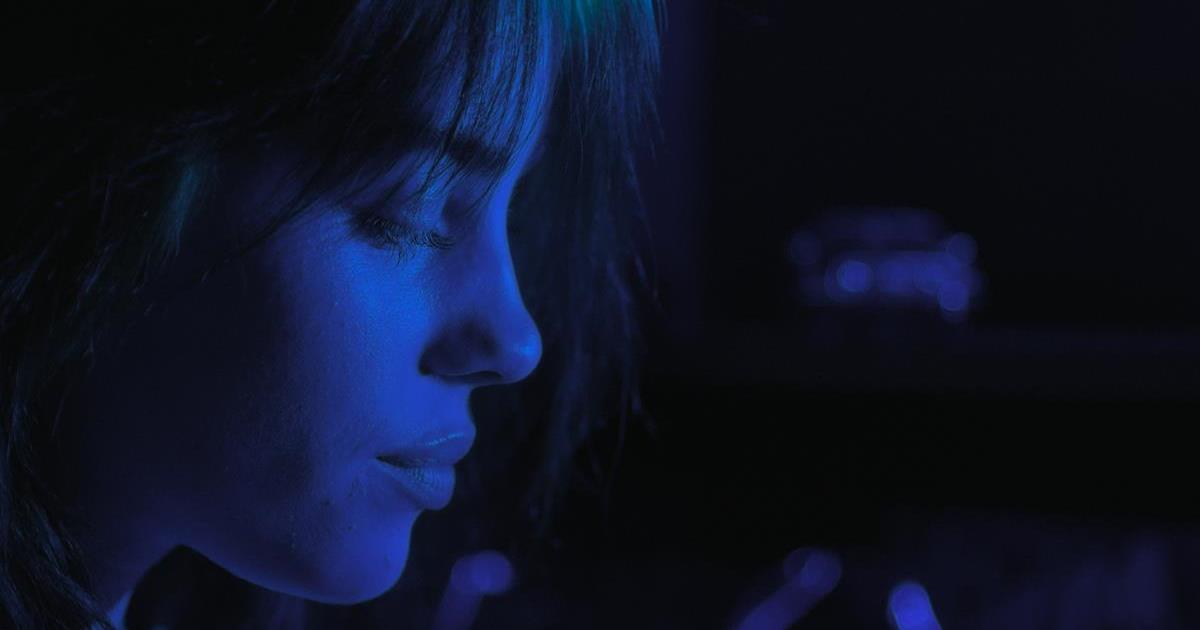