The 2020 season was the 25th season of Major League Soccer (MLS), the top professional soccer league in the United States and Canada. The regular season began in February and was originally planned to end in October. The MLS Cup Playoffs were planned to begin later that month and would end with MLS Cup 2020 on November 7.

On March 12 the season entered a lengthy suspension due to the COVID-19 pandemic in North America, following the cancellation of several matches. On June 10, MLS announced that a bracket format dubbed the ‘MLS is Back Tournament’ would begin July 8 at ESPN Wide World of Sports Complex in Walt Disney World, and end with the final on August 11.

The regular season resumed a day after that tournament finished, and concluded on November 8. The playoffs began on November 20, with the MLS Cup 2020 being played on December 12.

Stars Aligning for Soccer Ahead of 2026 FIFA World Cup

TUDN, formerly known as Univision Deportes Network, is an American Spanish language sports channel. Owned by Univision Communications, it is an extension of the company’s sports division of the same name.

The network’s main properties include major soccer events in the Americas, including per-team coverage of Liga MX, the Spanish portion of the Major League Soccer package, the Copa América, and CONCACAF’s Champions League and Gold Cup events.

Is soccer’s growing popularity in the US translating into premium value for broadcast rights? What is the potential and where is it seen among the other major US sports in the coming years? How do domestic and regional leagues, global competitions and the women’s game fit into the picture?

Introducing this session moderator Sid Kohli said, “The MLS continues to expand, with Austin FC soon to become the 27th team including investment from Matthew McConaughey no less – with Charlotte, Sacramento and St Louis all set to follow in the next couple of years. Elsewhere in the MLS, David Beckham-backed Inter Miami have big plans with the Miami Freedom Park Stadium. There’s also a surge of young American soccer players turning out in the big European leagues.

“The US Women’s national team are reigning World Champions, and recently added a second SheBelieves Cup to their glittering cabinet. Soccer has the youngest TV audience of any sport in the US, and broadcast distribution of the sport is growing across the market.

“And then there’s the small matter of the 2026 Men’s FIFA World Cup, which will be staged in Canada, Mexico and the US. Are the stars aligning and is soccer in the US finally on a path to glory?” asked Kohli.

“As you mentioned, the story of MLS right now is growth and momentum,” said Bacon. “We feel we are offering something differentiated to our viewers and supporters, when people come back to stadiums.

“We believe the growth is unlike anything happening in sports in North America today. We’re excited, we’re confident, and we think 2021 is going to be even bigger and there’s a lot of energy and excitement we can bring to our fans.

“We’re always looking for ways to build on the authenticity of the sport,” Bacon continued. “The product we put on the field is what’s drawing people, ultimately, from a viewership standpoint and from a digital metrics and consumption standpoint. If we look back at the last number of years from a metrics and TV viewership we see year on year growth for the last five years.

“In 2020, even with the COVID impact, we still saw regular season growth on national and local television. On the local side we had overall growth of 25% on our local networks and all but six of our clubs saw year over year increases. Then on the national side we saw gains across all of our partners, including Eric’s Univision [TUDN], with double digit increases in the all-important 18-49 demo.

“At a time when premium properties and premium events had their challenges, just based on the fractured nature of the viewership landscape and shifting schedules, we actually saw 30% year on year growth in our playoffs – which we think is one of the best stories we can have as we continue our momentum from 2020 into 2021, and the feeling of optimism and hope that things will get back to some sense of normal,” said Bacon.

“We’ve been able to consolidate our position as ‘the home of soccer’ in the U.S,” said TUDN’s Eric Conrad. “We have over 1600 live games from 31 different soccer properties this year, leading us to have 60% of all soccer viewing in the U.S. – and that’s regardless of language.

“Those 1600 games are programmed across networks and services, at the core of which are three pillars critical to the refinancing of our sports media rights. One, we have the free-to-air broadcast networks Univision and Unimas, which provide tremendous reach and deliver the highest ratings for soccer in the U.S.

“Then we also have our Pay TV networks and specifically TUDN, which is our 24- hour sports network carrying more live soccer than any other network in the U.S. It is really a staple of the Pay TV sports bundle, as one of the top five most-watched sports TV networks regardless of language.

“And then thirdly we have our digital and streaming services, which allow us to super-serve our most passionate viewers with additional live content and curated content. Those viewers are also the youngest age of any major sport, which is also very attractive to our strategic goals.

“So we will continue to invest in soccer rights. We believe we can realize value across this triumvirate, if you will, of key distribution platforms,” said Conrad.

“Also, Hispanics watch soccer differently than the average sports fan in the U.S. There’s greater frequency, more time spent viewing and also more live viewing. That’s why we have 60% of all soccer viewing in the U.S. – and that’s across 27 different networks that broadcast live soccer. We can achieve that 60% share because our viewers are compelled to watch our various properties,” said Conrad.

Referring to Major League Soccer Seth Bacon said, “We have the youngest audience on TV in the U.S. compared to all the other US sports. We over-index on millennials, Hispanic and female fans. And it’s also an unduplicated audience. We’re offering a unique, differentiated audience to our media partners.

“And the Gen Z audience shapes a lot of what we do on the content distribution side and the partnerships that we have. We’re deep into conversations with our content partners about looking for new ways to tell our stories, and on some platforms we haven’t been on before. We’re excited about that.

“The primary live game speaks for itself but we also have things like eMLS, our venture into the esports world which is just gangbusters. The growth we’ve seen in that product over the three seasons on the Twitch platform has been explosive each year,” said Bacon.

“40% of our fan-base identifies as Hispanic, and that’s why our partnership with Univision is so important. Our Spanish-language web site actually resides on the Univision platform. So, having them as an authentic part of the conversation is really important for us,” he said.

“The sport of soccer will only continue to accelerate its growth as we lead into the 2026 World Cup,” added Conrad. “With the success of the players we’re seeing in all the leagues internationally, to me soccer will easily become the fourth major in the U.S.

“Yes from where we sit the 2026 World Cup is a huge opportunity, and for the next three or four years it’s only going to continue to grow the sport,” said Bacon. “We think the MLS is perfectly positioned to capitalize on that.

“And I think globally, sports will come roaring back from an attendance standpoint much more quickly than people have anticipated. I think there has been so much pressure on people stuck at home that, when they get the opportunity, they are going to want to get right back out there and start living life – and I think sports is going to be at the top of the list as people get back to some sense of normalcy,” he said. 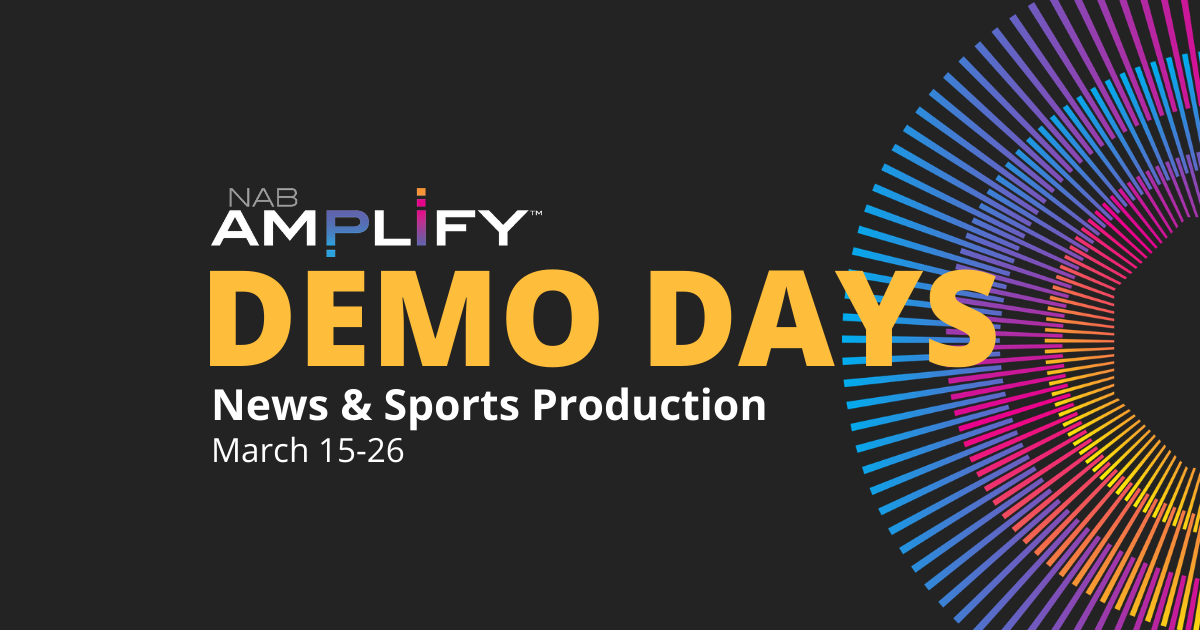 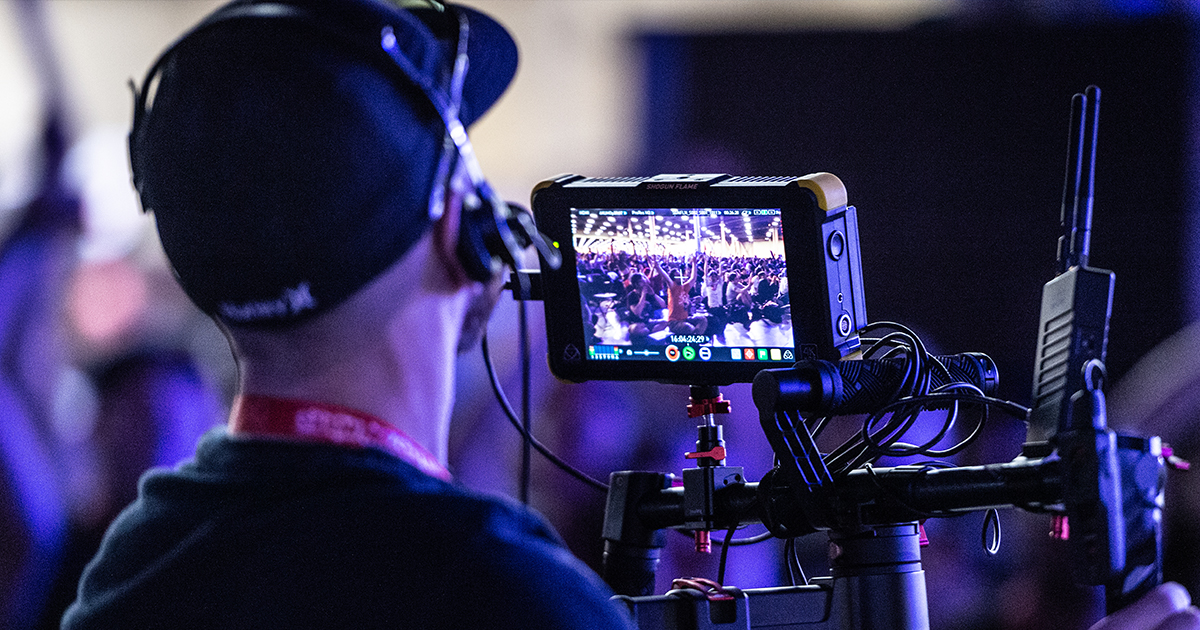