Matt Deegan raises an interesting question in his Matt on Audio Substack. He considers: “Why Podcasters Will Be Stuck Doing Video.” I’d say point instead of question, but I’d prefer to leave it indeterminate.

He’s saying that all 14 million podcasters out there (yes, I counted them all) are going to have to go to video for their own survival as the YouTube Borg cube assimilates anything it finds useful and leaves the rest to wither from lack of internet sunshine.

(N.B. But what about those claiming, “I only have a face for radio”?)

Deegan’s audio and radio bona fides are solid, so his thoughts are worth considering. He is currently creative director for radio and new media consultancy at the UK-based Folder Media.

What’s a Definition Podcast Purists Could Live With?

However, what he’s really getting at is, for me, is the age old question of, “What is a podcast?”

Frankly, while I’ve adopted the term, I don’t think I adhered to some tight definition along the lines of a subscription (or not?) downloadable audio program. Oh, and I never had an iPod, either (which turns out to be true of a lot of podcast creators and listeners).

To me, “podcasts” were always programming, first audio and later video, available via the internet. They might be a few minutes or over an hour. I rarely downloaded them, preferring to click them on some “page” and stream them. Was I breaking some Podcast Guild rule that I could only truly listen to a podcast that was downloaded (only to an iPod or other iDevice?) rather than streamed?

Have the French taken over and the only genuine “podcasts™” are downloaded from officially recognized Bibliotheques du Podcast such as Spotify and Apple; all others are merely sparkling water streamed audio programs?

People, it’s just content. Seriously, podcast is like that word, “blog,” no matter the platform it’s all just content, and I dare say, the masses see it that way as well.

But back to Deegan, who raises interesting points, even if I question some definitions and assumptions. 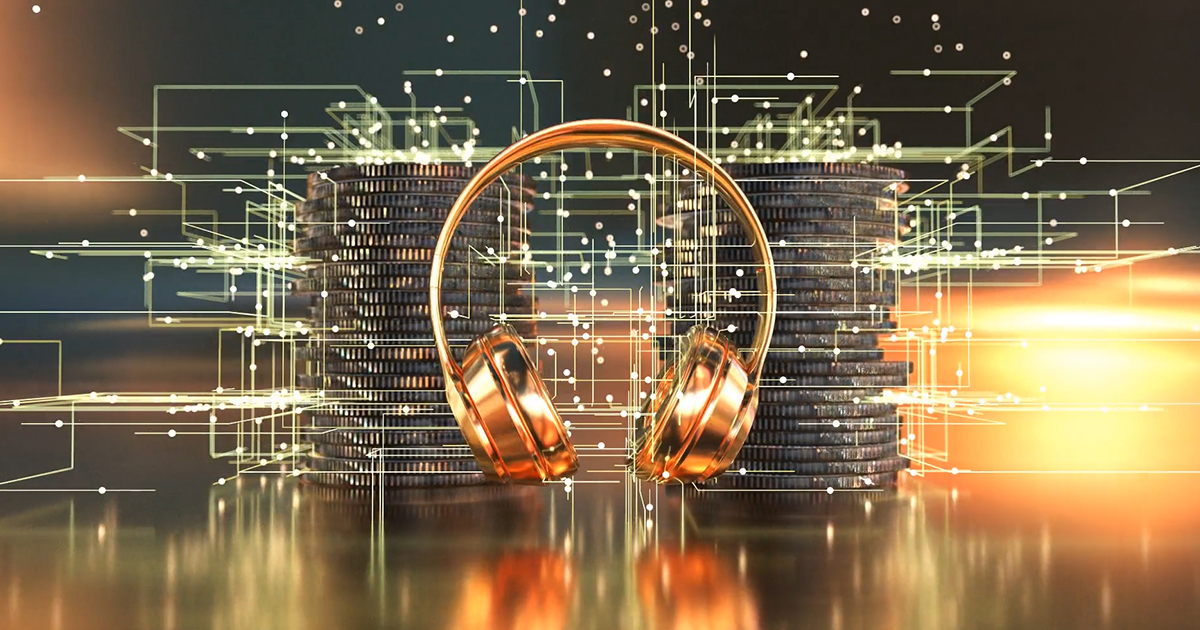 When Podcasts Collide with Corporations

Podcasters’ Movement to YouTube and Away … and Back Again?

He lists YouTubers who now have “video podcasts” because they’ve cut deals to appear on a podcast platform. Well, okay, but weren’t their YouTube videos… podcasts of a sort?

Is the issue that podcast platform programming exclusive to that platform or different in some way than the YouTube material? Why and how is it different? Spotify and other podcast platform subscribers could just as easily go to (free) YouTube to watch the material or could it be a YouTube premium?

It gets rather confusing for simple folk such as myself. Am I overthinking? Are we making things more complicated than they need be or …

… is it ultimately about marketing, expanding the money-making opportunities to every single possible niche? I don’t have a problem with that, just don’t dress it up as something else.

(And do not lecture me about “materialism” from the door of your new jet, paid for by your $5 million Spotify podcast contract, before you jet off to Paris to fight global warming.)

You Say Video Is the Future of Audio…

Anyway, Deegan hits one of the stumbling blocks to the all-video future: “Of course the chat-casts of Joe Rogan and The Fellas are pretty easy to film, but a documentary series or a narrative drama are going to be much more difficult.”

One of the advantages of podcasts (of the audio variety) is that they are cheap and easy to make and distribute, providing an opportunity to expand a program’s reach with minimal effort. If it suddenly becomes “standard practice” to create a video version, then that will end a lot of podcasts and only the well-heeled (or perhaps most youthful) will be able to adapt. Could that be an unintended consequence — or maybe even the point?

Even in those video podcasts that make an extra effort, you’ll see a lot of Ken Burns wannabes desperate to give their production a slow tracking shot across a picture for some kind of visual fig leaf.

But what if, a lot of people don’t need (or care) for the video element?

Podcasts, whatever your definition, did a fine job proliferating with nary a video frame. I have podcasts going on in the background while I work or do other things. Since so many are simply hosts and guests talking into mics, the visual aspect is not the selling point — the character of the content is.

The Deegan point that interests me most is this: “The issue for audio-native podcasters is that YouTube is already one of the most successful podcast clients, even without the vast majority of shows on it. As the platform advertises itself as a podcast destination and as its fellow chat-casters start shouting about it, it’s likely to grow even bigger.”

And that ultimately means: “There’s no reason why this initiative won’t bring a large number of new people to ‘podcasts’ but could also realign the Apple Podcasts–Spotify hegemony that exists at the moment.”

Deegan thinks that means that everyone needs to do video, but as the success of a zillion and a half (I counted them all, again) old audio recordings on YouTube, none with much in the way of video, attests — you don’t necessarily need video.

And do you really want to see a basically static 4K shot of some face-for-radio goober bellowing into a mic for 30 minutes, when you could have it on in the background while you read something?

For an example of minimalist imagery (not quite a podcast audiogram), take a look at/ listen to “Between 18th and 19th on Chestnut Street.” Ooooooohwaaaaaah.

Now that I’ve overthought the heck out of this, compare and contrast with Deegan’s original — blog? article? treatise?

READ MORE: Why Podcasters Will Be Stuck Doing Video (On Audio)

There are multiple methods for adding a video component to a podcast. Dan Misener, head of audience development for podcast services company Pacific Content, suggest that they fall into two major categories and two sub-categories, as illustrated by this handy quadrant chart.

Certain podcast formats also lend themselves to particular video accompaniment techniques. It’s important to consider the content itself, as well as budget and resources.

Misener points out that the podcasts that opt for the on-camera host approach are popular. (Of course, that comes with a cost in terms of time, money, and effort, as discussed before.) Where’s the value add for the viewer/listener? Showing an on-camera conversation for an interview podcast makes sense, perhaps less so for a narrated crime drama.

Another cost-benefit analysis to consider is whether it’s the right move to give away the whole enchilada (err, episode) or just post the most tantalizing bits. Again, there are pros and cons — ironically, it’s likely easier and cheaper to post an episode in its entirety rather than take the time to slice-and-dice the best excerpts.